Transsexuals do not need a gullible public to 'affirm' their gender decision, they need our prayers and they need to be committed to mental health treatment centers where they can safely work on their psychological problems and spiritual emptiness with trained health professionals and clergy, and far away from little girls on the internet.

Justice has finally arrived for working-class women in Canada who were being sued for refusing to wax a transsexual’s genitals.

Not only did transsexual ‘Jessica’ Yaniv lose her discrimination case against beauticians who refused to wax ‘her’ balls, the Canadian human rights tribunal also ordered Yaniv to pay $2,000 in damages to three of the women who testified at the hearings.

The Telegraph (UK) has the story:

A Canadian transgender woman has been accused of using human rights law for financial gain as she lost a landmark discrimination case over the refusal of several beauticians to provide her with waxing services.

The British Columbia human rights tribunal also said Jessica Yaniv – who identifies as a woman but has male genitalia – has used the law to punish minorities she deemed hostile to LGBT rights.

The court ordered Ms Yaniv to pay $2,000 in damages to each of the three respondents who testified at the hearings. All three are from minority backgrounds and work out of their own homes or in clients’ homes.

Two were forced to shutter their businesses due to the complaints, according to their lawyers. Most of the respondents do not speak English as their first language.

The court heard that in five cases, Ms Yaniv used Facebook messages to contact salons requesting a Brazilian wax, which are supposed to remove all pubic hair. [Telegraph (UK)]

Now, the disgraced transsexual, who used to go by the name Jonathan, is whining to the press that the tribunal got it all wrong, and it was one big misunderstanding. I, for one, am totally and completely shocked that a person who believes that God actually made them the wrong gender is now whining that everyone else is wrong, and ‘she’ is just a misunderstood victim. 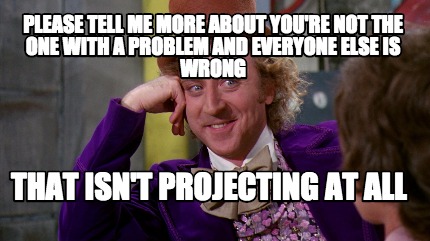 Jessica “Jonathan” Yaniv has given comment to The Post Millennial in wake of the disastrous, and widely celebrated, loss of her highly controversial B.C Human Rights Tribunal discrimination suits against a number of Vancouver-area estheticians.

Of course, like so many who claim to be perpetual ‘victims,’ Jonathan ‘Jessica’ Yaniv is also an alleged pervert and pedophile preying on young victims. 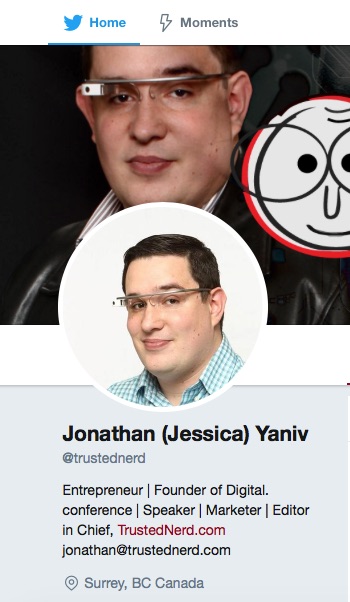 These allegations are absolutely sickening, and there is no reason this abusive pervert Jessica ‘Jonathan’ Yaniv should be allowed free reign to terrorize the public with frivolous lawsuits and sexual harassment against young minor girls.

The various accusations against Yaniv include an account from a young woman named Jessica Rumpel, who furnished extensive evidence that Yaniv repeatedly engaged her in inappropriate and abusive sexual conversations online while she was between the ages of 14 and 15.

In an exclusive interview with Canadian outlet The Post Millennial, Rumpel explained that even though her initial online interaction with Yaniv was disturbing and uncomfortable, Yaniv manipulated her into maintaining contact with her by claiming to suffer from folliculitis and depression.

“Yaniv always told me he uses pads and wants to go into the ladies bathroom. He asked me how to go into the ladies bathroom without being caught, and then how to be in the bathroom if there’s a lot of women or girls.”
“I always wanted to be there for anyone who was suffering. Anyone who needed someone to listen to them,” explained Rumpel, but she says her conversations with Yaniv were often completely inappropriate. At the time, Yaniv did not identify as transgender. The young girl believed Yaniv to simply be a strange man who fetishized periods, women’s bathrooms, and women’s clothing.

One screenshot provided by Rumpel reveals that Yaniv sent her a picture modeling “girl jeans,” asking her if she thought it was “weird,” and attempting to solicit compliments from her. Others show Yaniv making overtly sexual comments to Rumpel, including statements like “I can’t wait till u turn 16.” At one point Yaniv asks Rumpel to send photos of her used tampons.

Rumpel says that Yaniv would often send her sexual voice messages using an Elmo voice. Rumpel’s interview points to a specific audio clip where Yaniv can be heard saying obscene things about Rumpel’s body and suggesting they engage in intercourse.

Shortly after her interview with The Post Millennial, Rumpel filed a child exploitation report with the Canadian Centre for Child Protection. [Human Events]

There are more allegations of sexual abuse and harassment by Yaniv at the above link, which just goes to show that transsexualism is a mental illness and a danger to the public. Transsexuals do not need a gullible public to ‘affirm’ their gender decision, they need our prayers and they need to be committed to mental health treatment centers where they can safely work on their psychological problems and spiritual emptiness with trained health professionals and clergy, and far away from little girls on the internet.