I don’t care what the White House says, the “Let’s Go Brandon” stuff is driving them all stark-raving mad, and for good reason. It’s spreading like wildfire and coinciding with Joe Biden’s dreadful approval rating that just keeps tanking.

How low can Brandon go?

Well, really low and it looks like Jen Psaki is now trying to end “Brandon” and kick off a new nickname for Banana Brains Biden.

And I’m now thinking Jen’s recent bout with COVID might’ve affected her brain because she actually thought this was a good idea.

In what many are calling an effort to erase the “Brandon” moniker, Jen Psaki dropped this little doozy, about “they don’t call him “Sheriff Joe for nothing.”

Um, the only Sheriff Joe I know of is this guy: 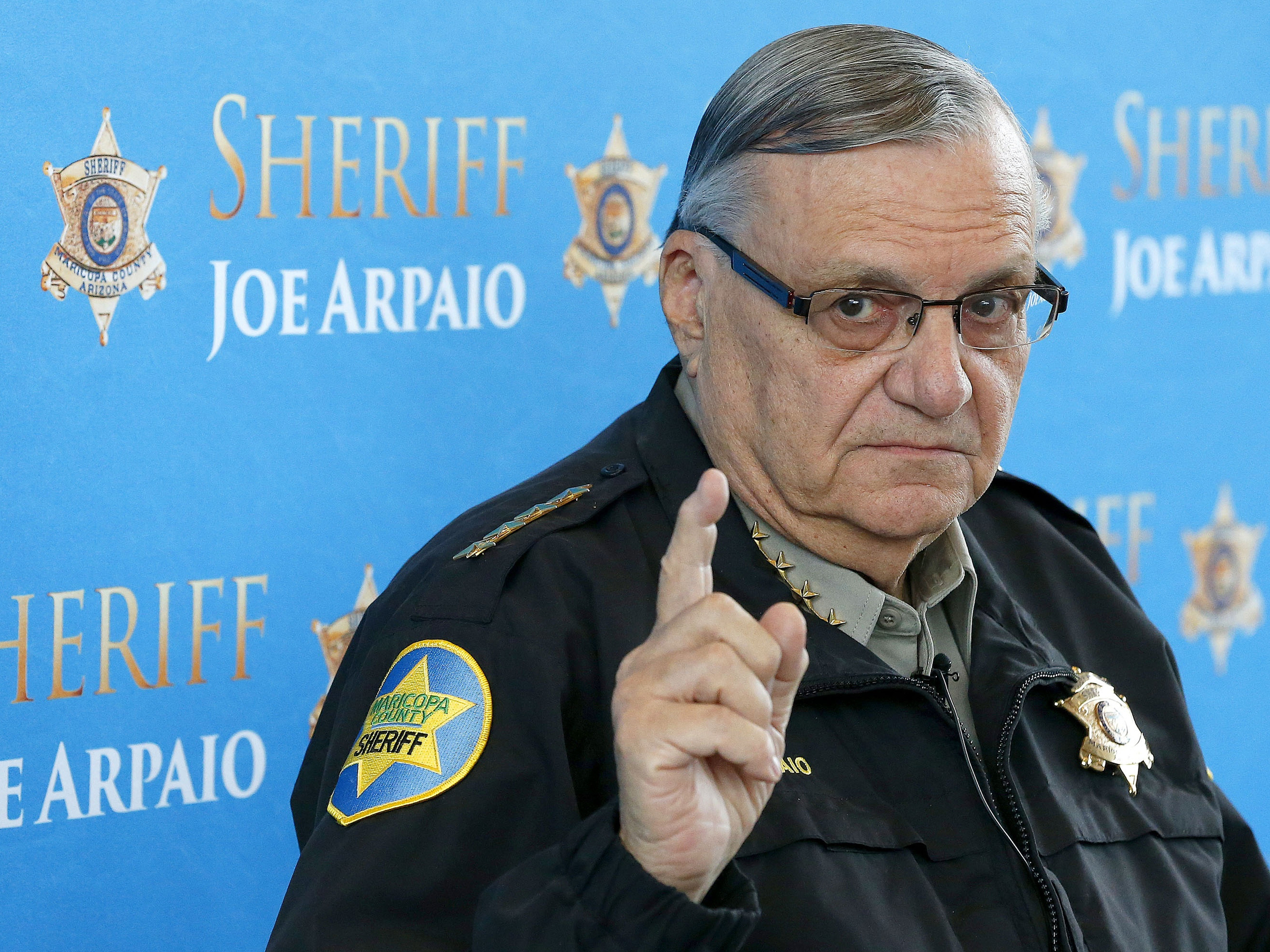 This #LGB flag would look good at your place! Or maybe you can order a few for Christmas gifts! Surprise someone with an LGB Flag for a stocking stuffer!! Get YOURS before they run out!!

But apparently, we’re now all supposed to pretend that Joe Biden is well-known as “Sheriff Joe,” just like we’re all supposed to remember hearing so much about that “childhood stutter” of his.

However, I have heard him called the following:

And much to the dismay of Jen, the “Sheriff Joe” nickname didn’t take off.

This Twitter user got it right: “Obama called him “Sheriff Joe” back when he was supposed to fix all the infrastructure in 2009 ($1 Trillion ). None of which got fixed because all the “stimulus” money went to union political campaigns. Exactly how all this money will be spent.”

Obama called him “Sheriff Joe” back when he was supposed to fix all the infrastructure in 2009 ($1 Trillion ). None of which got fixed because all the “stimulus” money went to union political campaigns. Exactly how all this money will be spent. https://t.co/LKCclCCZU8

But things got worse for Jen…

The backlash swift and harsh for ol’ Sheriff Joe:

No one has ever called Joe Biden “Sheriff Joe”, @PressSec.

In the real world, he goes by Brandon.

Boy, she was really trying to push “Sherif Joe” hard, wasn’t she?

He’s only sheriff Joe wandering around his house in Delaware in his boxer briefs off his meds wearing a badge and a cowboy hat 🤠 https://t.co/kPUNZSWACl

Anyone else remember that scene from the Sopranos when Jr is losing it, the nursing home has Curb Your Enthusiasm on and he's like "How am I on TV?"

How many times do you think #SheriffJoe Biden has reminded you he rode Amtrack during the course of his 50-year Washington career?

Has to be thousands. And no one cares.

In the 270 years Biden has been in government, I never once heard him referred to as Sheriff Joe https://t.co/3GOo6QrhhM

I've never heard anyone call him "Sheriff Joe," but I have heard Lyin' Biden. https://t.co/v01qjPxy5U

They call him Sheriff Joe when he's having one of his 'episodes' pic.twitter.com/eZW3rGjG0I

Of all the idiotic things this administration has tried to pass off, “Sheriff Joe” has to be one of the dumbest.

Do they forget that Joe Biden has been in office for a billion years, and we’ve all had an unfortunate ring-side seat, watching his bumbling clownish career wobble along, like a tricycle with two flat tires?

I’m telling you, the Dems still haven’t figured out how to maneuver through the political landscape now that social media is at the forefront. Goofy stunts like “Sheriff Joe” might’ve made it out of the gate back in the 90s, but not today, thanks to all of us pouncing on it and mocking it to high-heaven.

And as I’ve told you time and time again, there’s nothing the elites hate more than being mocked. It’s the one thing they can’t handle.