Seth Rogen’s new show “Santa Inc.” is ghastly. I think it could be the most poorly reviewed show of all time. It’s vulgar, offensive, and not remotely funny. In the show, Seth portrays “Father Christmas” as some bigoted, cynical fraud who weaponized his white privilege to uphold the patriarchy.

Are you rolling your eyes yet?

And, right on cue, the show received horrific reviews.

You can get a taste for how truly dreadful this dung heap show truly is, just by watching a few seconds of this trailer.

Well, as I said, the reviews are in, and they’re terrible – as a matter of fact, they’re so bad, you almost can’t believe it. 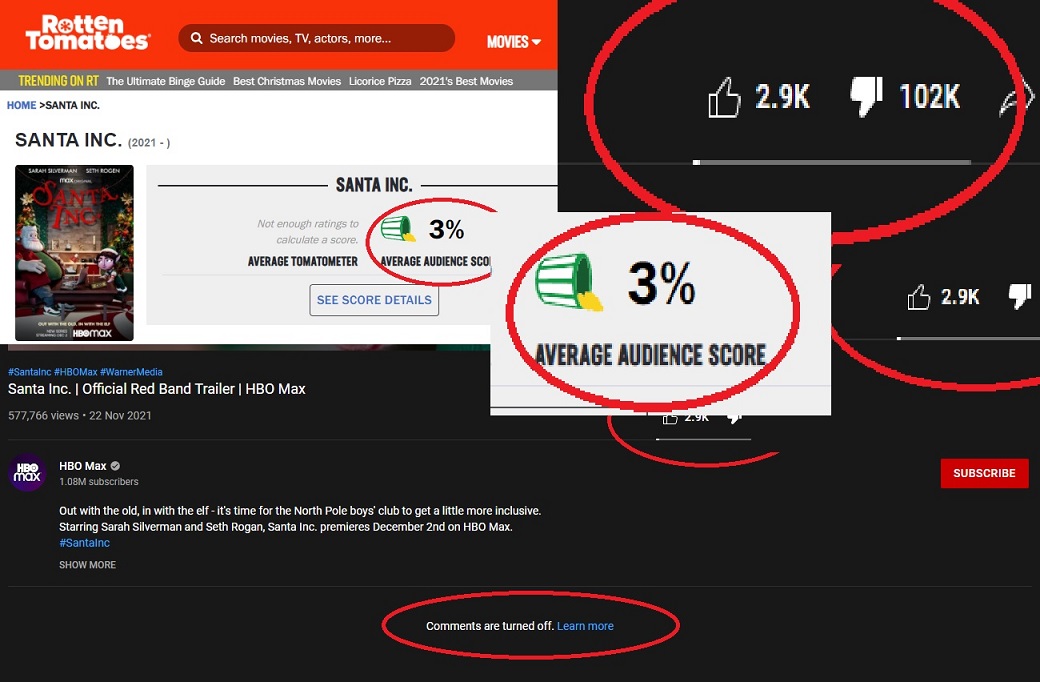 The show is so unpopular and getting such backlash, that HBO actually had to step in and turn the comments off.

They finally turned off comments on the Santa Inc. trailer.

Though they'll continue to churn out their repulsive anti-white crap it's now at the point where the only way they can make it look like anyone actually wants it is by completely silencing the audience. pic.twitter.com/T2OCY6zspl

Here are some comments from folk online:

“Santa Inc looks like the most painfully unfunny disaster since Ghostbusters 2016.”

“HBO hates you and wants you to be miserable. How else can you explain the existence of “Santa Inc.”?”

“Santa Inc has been universally REJECTED by the internet”

“I want Seth Rogan to now make a movie/series based on the Islamic Holidays with the same crass and humour he used for the #SantaInc – Why stop at just one religion?”

“This show is one of the worst things ever made.”

And this is Seth’s response to how bad is movie is:

“We really pissed off tens of thousands of white supremacists with our new show #SantaInc which is now available on HBOMAX! (Please read the responses to this tweet for confirmation)”

We really pissed off tens of thousands of white supremacists with our new show #SantaInc which is now available on HBOMAX! (Please read the responses to this tweet for confirmation)

So, it’s not that he made a mean, vulgar, and offensive show… in Seth’s mind, it’s that people are racist and that’s why they don’t like the unfunny show.