The Canadian capital city of Ottawa is flooded with patriots right now.

It looks like a patriotic peaceful freedom revolution, and it’s just getting started.

Canadian truckers have parked in front of parliament for the night. The main convoy reaches Ottawa in the morning. pic.twitter.com/tPWtMM5O51

Here’s a live look at Parliament:

Well, he’s probably singing a different tune right now, while he’s hiding out in his house.

Because this is not small and it’s not fringe, and more and more people are showing their support for the popular movement.

So much so, that they’re starting to crack.

The Premier of Saskatchewan is now calling to end the mandates on unvaxxed truckers.

BREAKING: Premier of Saskatschewan, a Canadian province that borders the US, calls for an end of the cross-border ban on unvaccinated truckers.#TruckersForFreedom pic.twitter.com/tKmA8A98x6

Here’s a closeup of the letter: 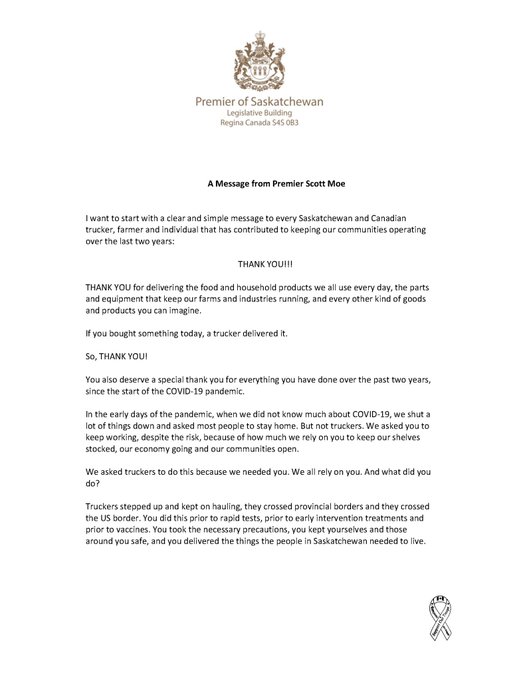 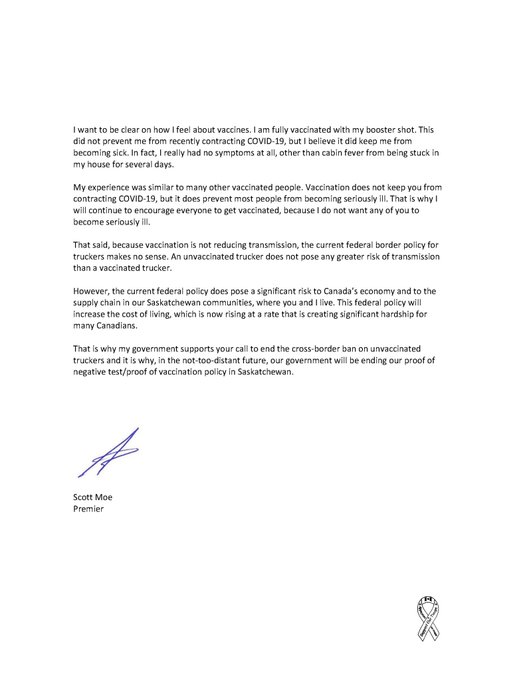 Hold the line, truckers, you’ve got this!

God Bless the Freedom Truckers and all Canadians who are protesting for freedom.