Twitter made one of its boldest moves yet since deleting President Trump.

They have permanently suspended Marjorie Taylor Greene’s personal Twitter account, citing, they deleted her for “spreading misinformation about COVID.”

Here’s what they said:

David Alba from the New York Times says,” Twitter confirms to me that Marjorie Taylor Greene has gotten up to 5 strikes on its Covid-19 misinformation policy. She’s not coming back.”

Trump supporters are furious and want to know what Kevin McCarty plans to do about this.

I don’t mean “reigned in”. The S230 stuff is a bandaid for a lost limb at this point. Whither the conservative leader with loud effective trust busting solutions?

” Great job GOP. Thanks for all your hard work reigning in Big Tech. It’s going swell.”

“Is Kevin going to sit by and watch another America First name be silenced?”

“Trust me, people like Kevin McCarthy want her silenced more than the left does. He’s loving this.”

“McCarthy will act all shocked and angry, but inside he’s cheering. The GOP establishment hates her”

Marjorie still has her official congressional account: @RepMTG for now.

You can also find Marjorie on Gettr.

Marjorie responded to the suspension: 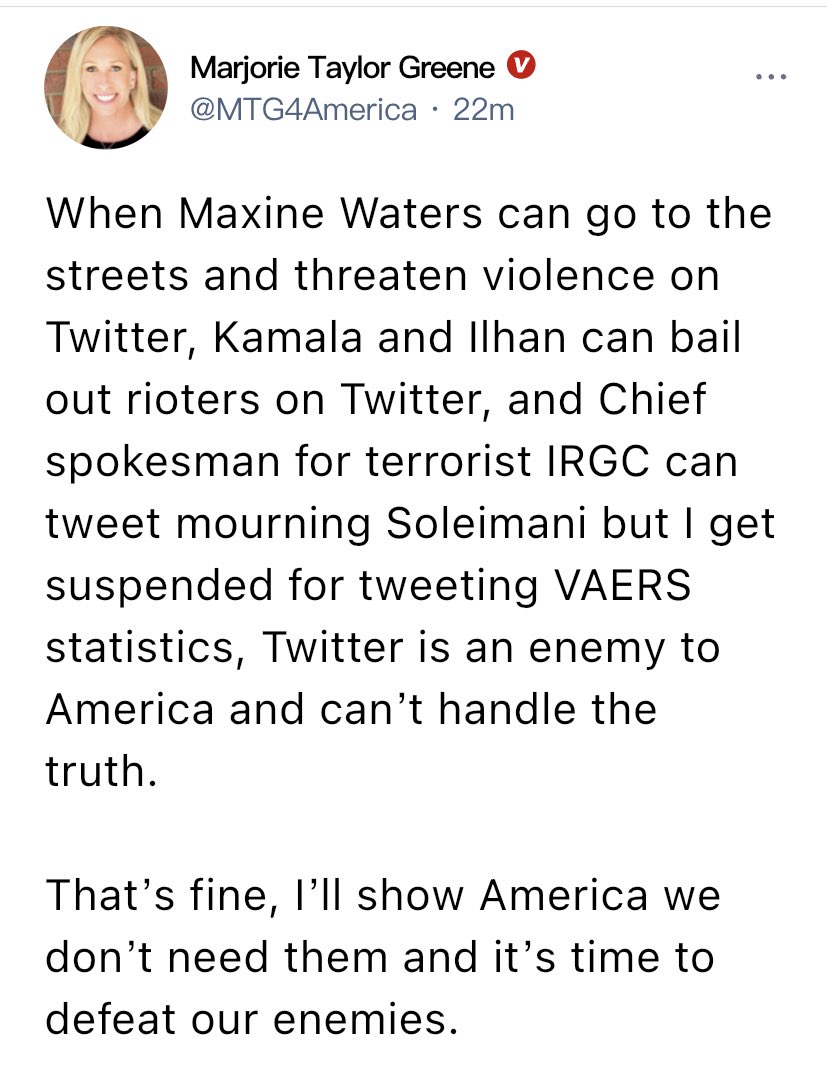 Kevin McCarthy will probably use this issue to blow a lot of useless hot air.

He’ll pretend to be outraged, and won’t actually do anything to change the outcome.

I can’t wait for his “statement.” I am sure that will teach Twitter a real lesson.

It’s all GOP political theatre, and until we pull the plug on these bad actors, this stuff will continue happening.