What is happening in New York?

It seems like the entire state is falling apart at the seams.

NYC is a hell-hole of crime and tyranny, and now upstate New York is treating kids like convicts with the food they’re being served.

That’s what one dad is dealing with after he got wind of what his son’s school lunch looked like.

He took photos, and the country was outraged.

A father posted photos of the lunches provided by his children’s school cafeteria, garnering national attention and frustration among parents concerned about the small portions and quality of the food.

All four of Chris Vangellow’s children are students in the Parishville-Hopkinton Central School District (PHCSD) in Hopkinton, New York, and they’ve sent him pictures of their school lunches over the past few months.

Vangellow publicly posted a picture of his son’s lunch to his Facebook page on Jan. 12, showing four small chicken nuggets, carrots, rice and a carton of milk. He said when another one of his children went through the lunch line, “he didn’t even see any dry tasteless carrots available.”

“It’s disgusting that prisoners get fed better than children in some school districts do,” one comment said.

“Our prisoners get fed better than our kids in schools and elderly in nursing homes,” another comment said. “THAT’S the problem.”

On Jan. 14, the PHCSD superintendent, Dr. William E. Collins, issued a statement in response to Vangellow’s post, recognizing parents’ concern while defending the cafeteria due to restrictions and rules.

“The concerns expressed clearly resonated with students and parents as evidenced by the number of comments and shares,” the superintendent said. “In fairness to the cafeteria, students are allowed one more serving of fruits or vegetables and one additional nugget than appeared in the photograph; however, this doesn’t alter the message that many students and parents are dissatisfied with school lunches.”

Collins told the DCNF that the amount of food students are given has not changed since it became free at the beginning of the pandemic. 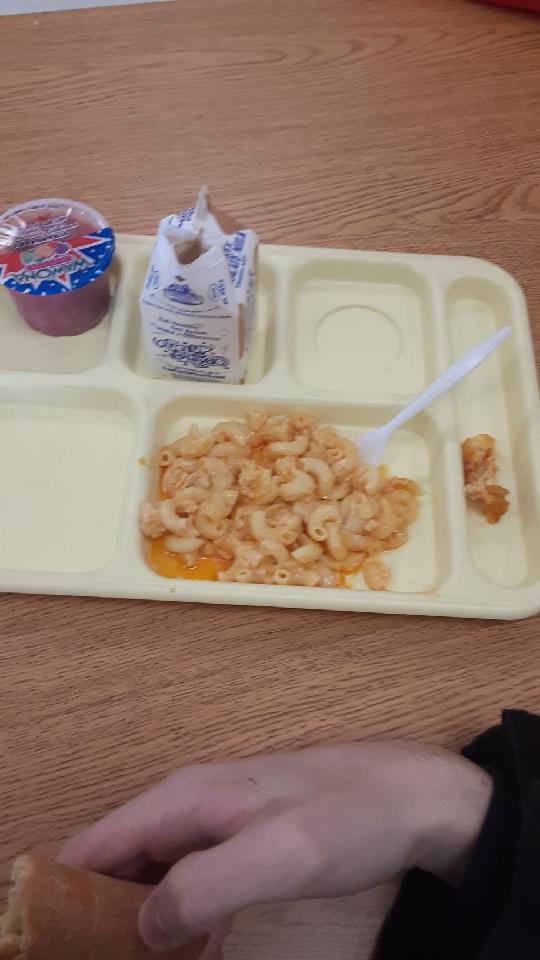 That stuff looks disgusting. It’s like the curse of Michelle Obama’s crappy lunches lives on.

The school says that the photos are a “little” misleading because they say there are more options than what was on the trays.

But the school agrees that the food does not look “appetizing.”