I like to see the Republicans fighting. So, even though this latest “fight” involves another stupid “letter” (I am so sick of these “sternly worded letters) I will let that slide this time, because they are calling out Pelosi with some pretty tough accusations about January 6th and what HER role was that day.

My hope is that Republicans keep pushing HARD on this, and don’t let up on gas pedal.

So, as I said, it started with a letter that came out on Monday.

The letter is from Illinois Republican Rep. Rodney Davis.

Davis is the ranking minority member of the House Administration Committee, and he called out Pelosi for repeatedly refusing to cooperate with their requests for more information from House officers who answer directly to the speaker’s office.

The Davis letter zeros in on the decisions that Pelosi made that day with the House Sergeant at Arms and the Capitol Police. They want to know what Pelosi did that day, and that’s the information that they are withholding from Republicans.

“If you are truly interested in working with Republicans to improve the Capitol security posture, I demand that you direct all House officers immediately to stop obstructing our oversight,” Davis wrote.

Jim Jones tweeted out the letter below:

Here’s a closeup of the letter: 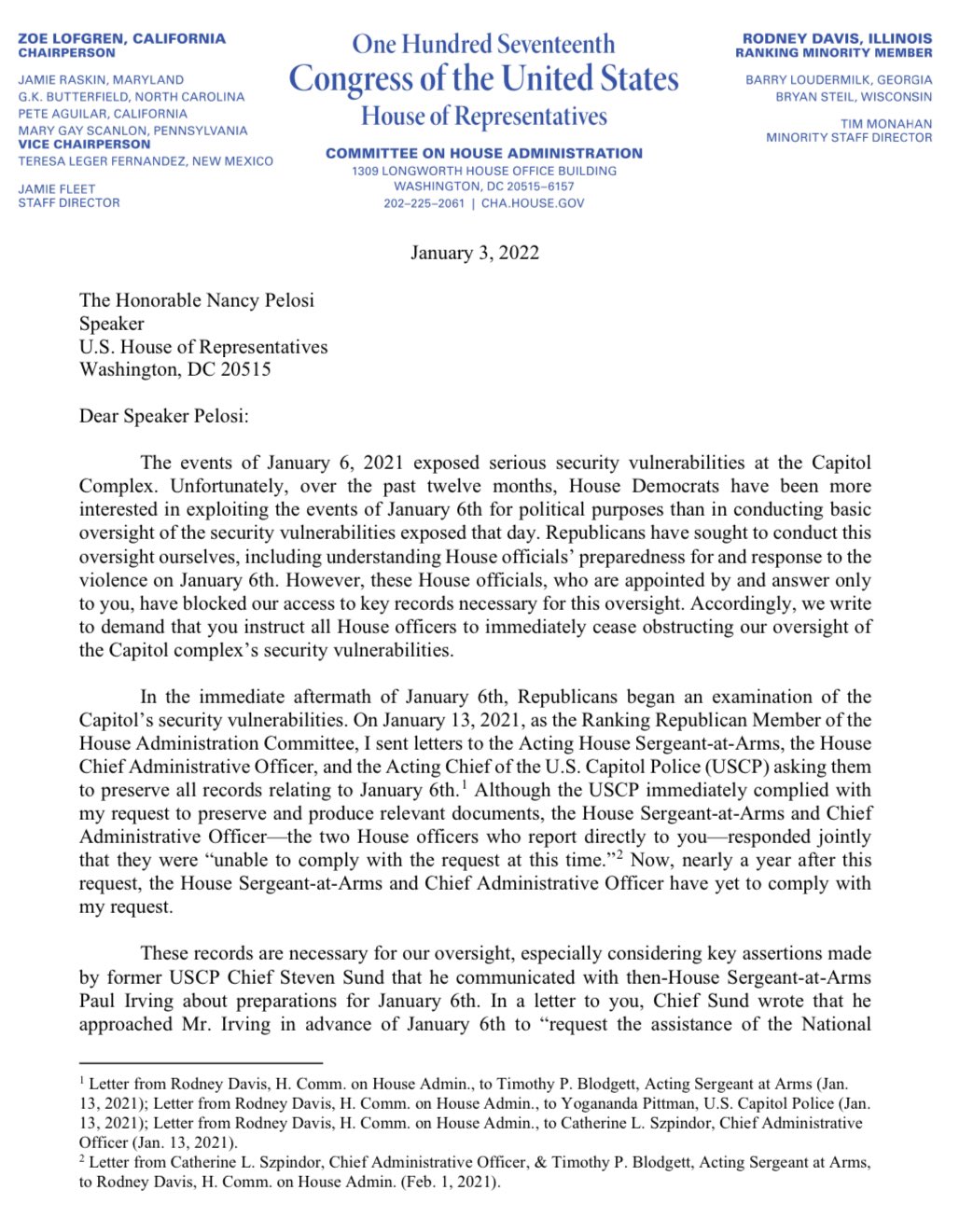 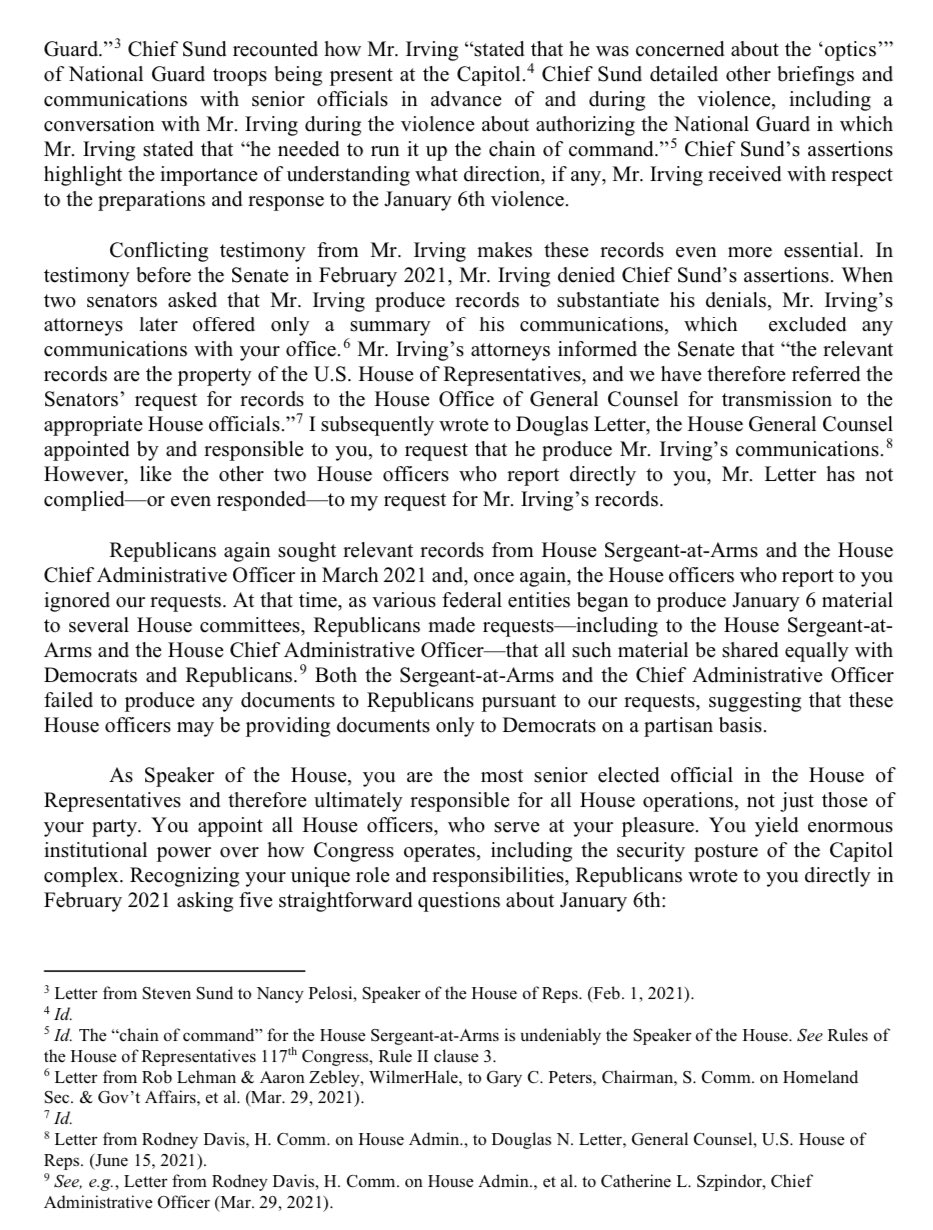 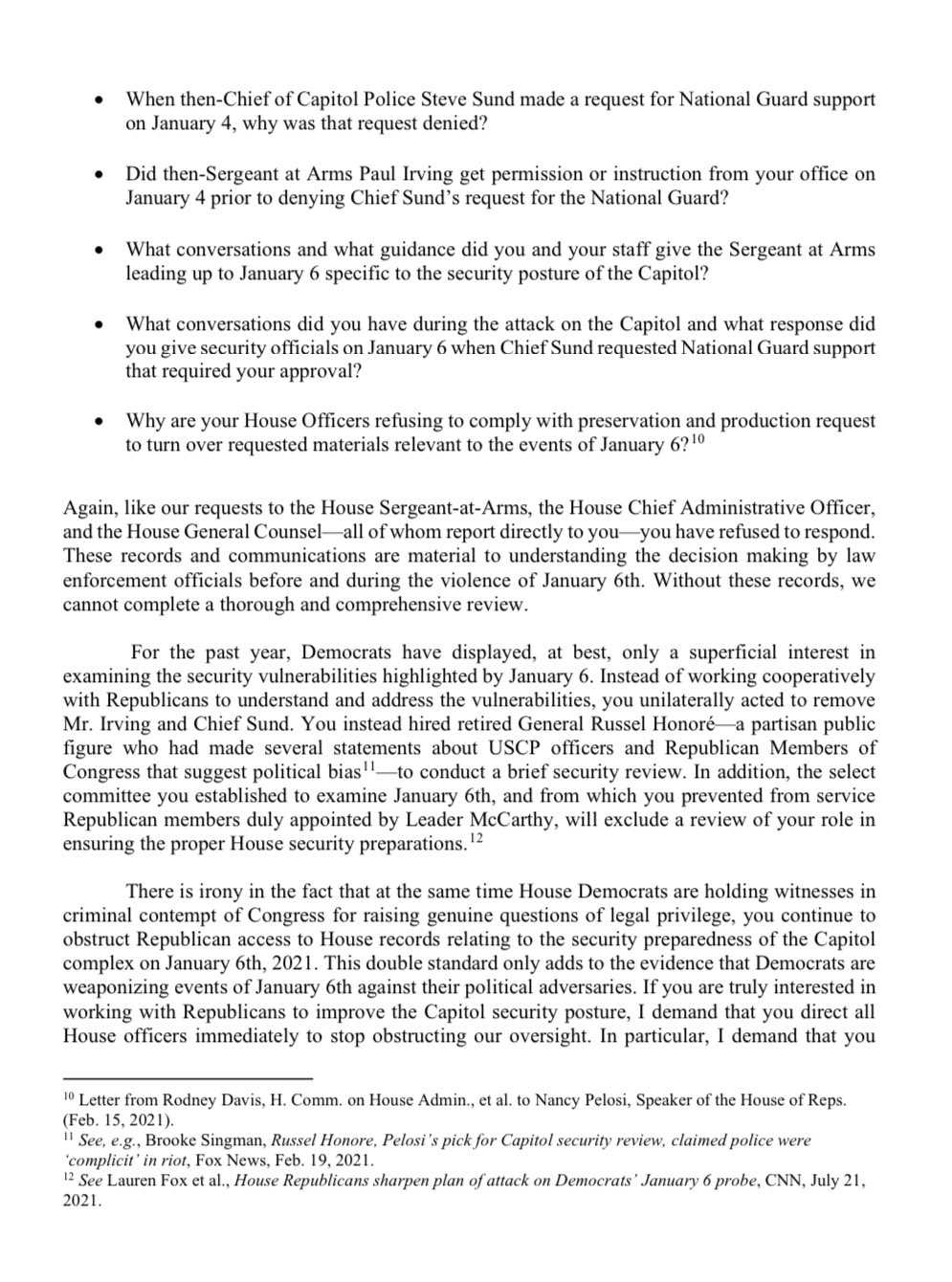 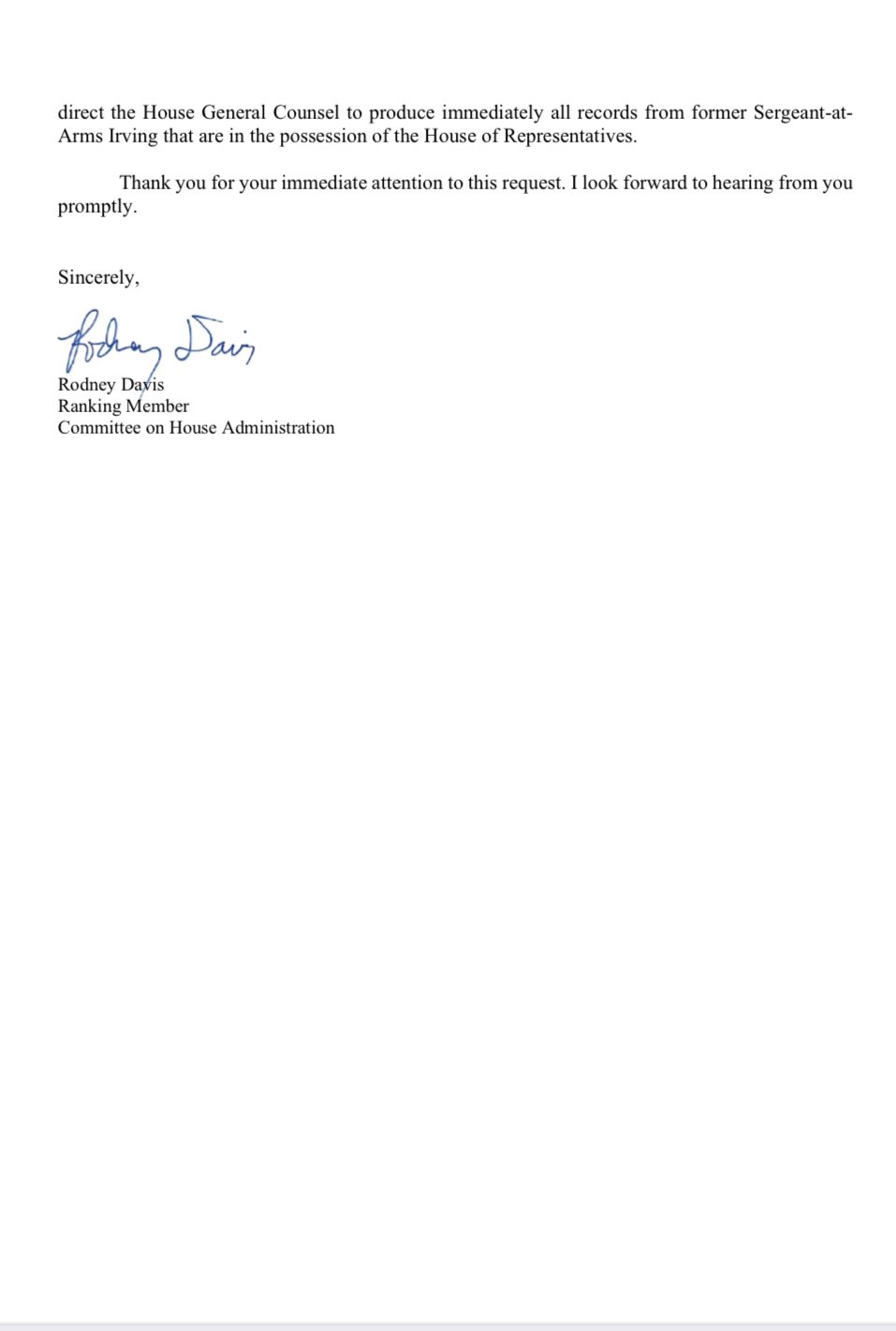 Western Journal reported that Democrats are determined to try to make Jan. 6 the equivalent of Pearl Harbor Day and 9/11 rolled into one, and take criminal action against political opponents who don’t cooperate with a sham committee investigating it, yet Pelosi feels free to withhold information about her own decisions related to the day.

“There is irony in the fact that at the same time House Democrats are holding witnesses in criminal contempt of Congress for raising genuine questions of legal privilege, you continue to obstruct Republican access to House records relating to the security preparedness of the Capitol complex,” Davis wrote.

“Irony” doesn’t seem to be quite the right word here, though Davis might have been trying to maintain a veneer of civility in the correspondence. “Arrogance” describes it much better. “Dishonesty,” “cynicism,” and “naked abuse of power” fit the bill as well.

Essentially, Pelosi’s committee of Democrats and NeverTrump Republicans Liz Cheney of Wyoming and Adam Kinzinger of Illinois is following the playbook of the modern Democratic Party and the progressive movement in general: Establish rules for opponents to follow, then feel free to disregard them whenever it’s politically or personally inconvenient.

The only way to combat this onslaught of January 6th nonsense is to push back and call out Pelosi and her FBI and Department of Justice minion who clearly had a bigger role to play in all of this.