CNN is imploding right before our very eyes.

From child molesters to womanizers the entire operation is crumbling.

And nobody deserves it more than this toxic “CIA propaganda” network.

Now, we just got word that CNN top-guy Jeff Zucker has resigned.

And it’s over a “work relationship” that was uncovered during the Chris Cuomo investigation.

Take a look at who Jeff was “fraternizing” with. Things that make you go hmmm.

But it wasn't just any co-worker: It was Andrew Cuomo's former comms director!

Jeff just issued a statement about his departure.

🚨🚨🚨BREAKING: Jeff Zucker just resigned from CNN due to a relationship with a colleague revealed as part of the investigation into Cuomo. pic.twitter.com/f09rm4HVQd

Here’s a closeup of Jeff’s announcement: 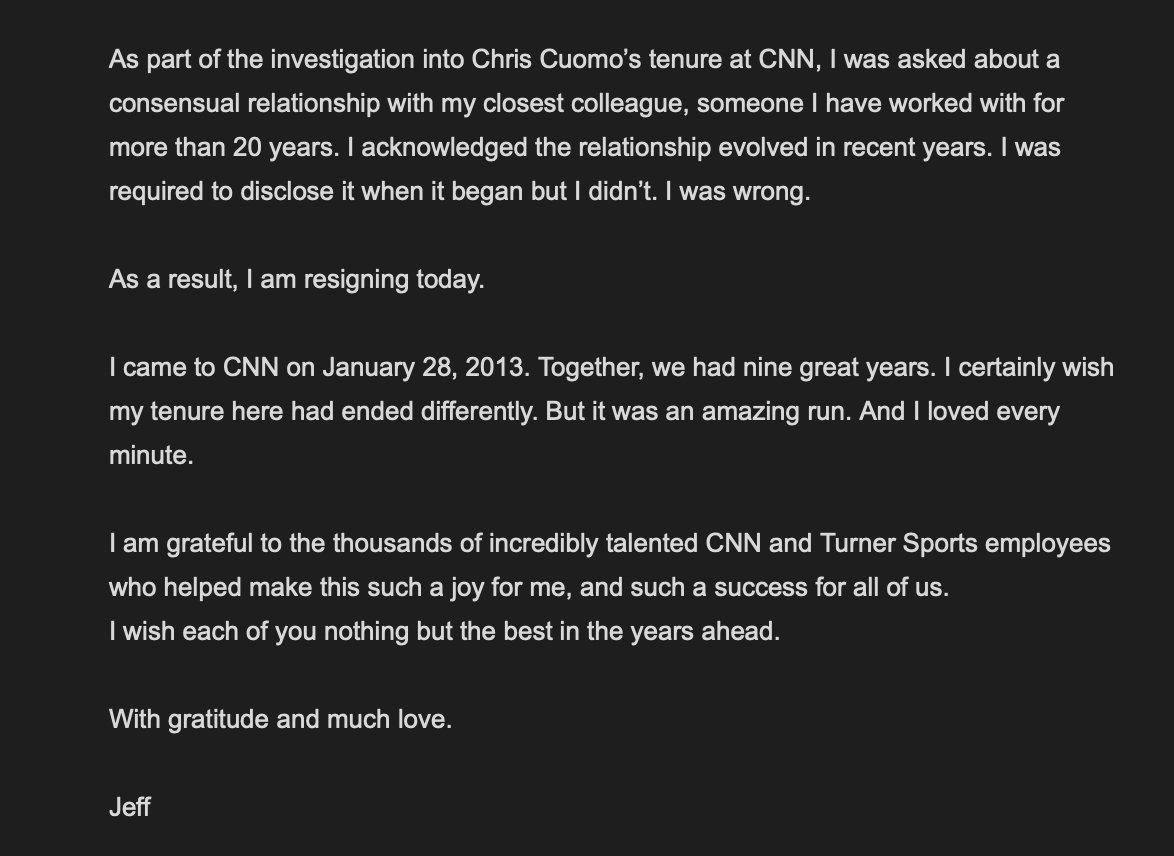 All of this “house cleaning” is following an announcement that Discovery is taking over the network and wants to move everyone and everything in a new direction.

Their goal is to get away from the “fake news” and “drama.”

So, it only makes sense that moves like this are happening.

I’d expect we’ll see a lot more “departures” like this coming up in the near future.