Remember when Trump was in the White House, and the commie “resistance” was born?

The left went nuts; they were foaming at the mouth, angry, and even violent. Their movement was about hate, canceling, and this bloodthirsty vengeance, all because they lost an election thanks to a crooked, unlikeable candidate.

The left had no joy in their souls. They were not happy warriors – they still aren’t, even when they supposedly “won.”

MORE NEWS: Rep Boebert Takes a Break From Shredding Dems and Goes After Trudeau With a Vengeance

These commies are so bitter, hateful, and evil, that even in s0-called “victory” they act like flesh-eating zombie ghouls.

But we’re not like that. Trump supporters are “happy warriors.” Sure, we’re watching our country go down the toilet and our freedoms squashed by a man who appears to have a raging case of Alzheimer’s, yet we’re still having fun and laughing.

And speaking of “fun and laughs,” Don Jr. just shared something on Instagram that I know you’ll love.

It’s a street sign spotted in Worcester, Massachusetts…Some amazing patriots did some “artwork” on it, and I think they did a great job.

Don broke the internet when he shared it. Over 171K people liked it. 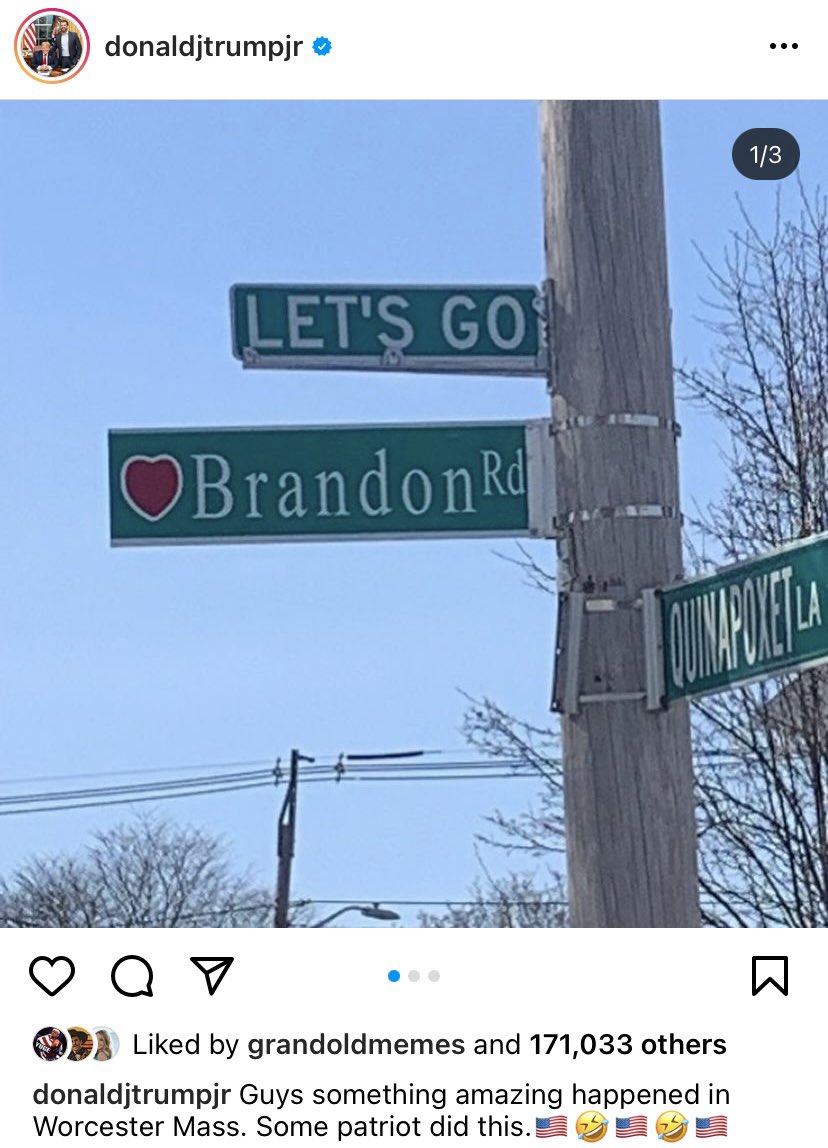 There’s a spirit of righteousness and good cheer in our battle.

That doesn’t mean we’re not serious and don’t understand what’s at stake, we do.

Our entire country and our way of life is on the line.

But we’re having fun and making a lot of friends along the way, and I think that drives the left mad, and that’s part of the reason they’re still SO ANGRY.

Battle like a savage, but do it with a happy heart.