He’s able to trigger the left in ways that most normal human beings can’t.

He can shoot the commies into outer space with just one tweet.

And that’s exactly what he did with his latest message — but beyond what he usually does, which is cause a mouth-frothing meltdown, Don Jr. really kicked things up a notch and triggered the left in ways he’s never done before.

Yes, this is by far Don’s most controversial and triggering tweet yet.

So, what caused all the hullabaloo?

Jr. suggested that Joe Biden stay home, and President Trump be sent to Europe to deal with NATO.

Here’s what Don Jr. said: “Sending Biden to Europe for “High Stakes” NATO talks will only embolden our enemies further. If you want to get something done right send Trump.”

Sending Biden to Europe for “High Stakes” NATO talks will only embolden our enemies further.
If you want to get something done right send Trump.

I won’t post all the meltdowns, but they were epic.

The left literally had a complete and total nervous breakdown over Don Jr’s suggestion.

Here’s a couple of their comments:

“Your stupid father was busy dismantling and undermining NATO, much to Putin’s delight. All of our European allies think he is a dangerous idiot, and they are absolutely right. Biden is uniting them. This is a serious situation, no time for a showboating halfwit like Donald”

“Yep. Send this guy. Send the manbaby who’s one true skill was in uniting the rest of the world’s leaders (other than the dictators & despots) in a shared disdain for his moronically selfish insane adult diapered ass. Yes. Send the guy who couldn’t even win re-election. Send him.”

“Your daddy couldn’t even stay in the White House after he “won”the election LMFAO! Defeated by “sleepy Joe”! Putin would wipe the floor with him. That’s right he already did!”

These idiotic zombies are living in a fantasy world. They still believe propaganda like this TIME Magazine cover: 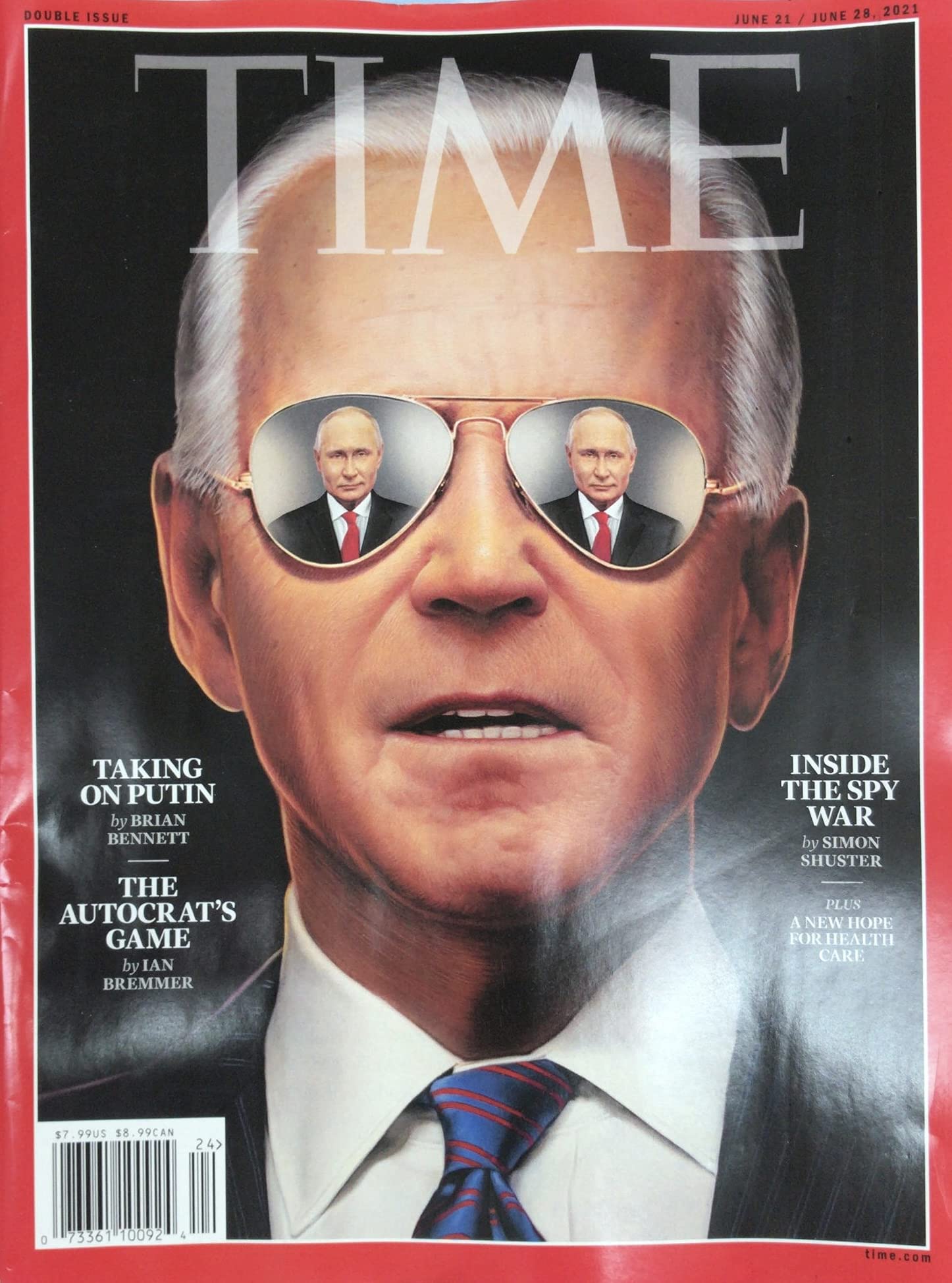 They think Biden, a shaky, senile old fool, is some “badass” in a pair of aviator sunglasses who strikes the fear of God into Putin.

They never stop and ask themselves the most obvious question of all: If Putin was “working with Trump,” why did he wait for Dementia Joe to be installed before he made his biggest, boldest move yet?

The left can’t ask that question, because they won’t like the answer. Much like the 2020 sham election, they know deep in their black hearts that everything related to Joe is fake propaganda.