Why are Bill and Hillary Clinton photographed and friends with so many sexual deviants?

From Epstein to Kevin Spacey, Ed Buck, Weinstein, and so many others… It’s a parade of sexual monsters that these two are friends with, or have some business connection with.

So, when I heard an American pastor was just arrested in Haiti for child sex abuse, I kid you not, I thought “Oh, I bet Bill and Hillary knew him…”

Two days later, I happen upon a photo of Pastor Clay, 4 kids, a woman, and Bill Clinton.

Yep, I called that one.

Yahoo News reported that an American pastor who moved to Haiti to teach impoverished residents marketable job skills—adopting two Haitian orphans and opening an evangelical pre-school along the way—is now facing U.S. charges for “engaging in illicit sexual conduct” with a child while living in the Caribbean nation.

Corrigan Clay, 43, was arrested Thursday by federal agents, according to a newly unsealed indictment first obtained by The Daily Beast. He is being prosecuted by the Justice Department’s Child Exploitation and Obscenity Section, documents filed in Pittsburgh federal court state.

Clay sexually abused the unidentified child from January 2014 to December 2017, the indictment states. No further details are provided in the filing, except that the alleged victim was under 18. But Clay’s ex-wife, with whom he had two biological children in addition to the pair they adopted, told The Daily Beast on Friday that the illicit conduct involved one of their own kids.

Shelley Jean Clay, who split from Clay more than a decade ago and now operates a Haitian-focused crafts market in Florida, declined to provide further details about the allegations, emphasizing that she was not involved and had no idea what was happening.

“It was my child, but I don’t think I am at liberty to talk about it because the court case is in process,” she told The Daily Beast. “I’m not opposed to the truth coming out, but I don’t want to jeopardize the case.”

Shelley did not specify whether or not the alleged victim was one of the adoptees or a biological child.

And now, right on cue, the Clinton photo emerges…

The popular account “An Open Secret” tweeted out the photo and said the following: “Please DO NOT RT the picture of Bill Clinton visiting the U.S pastor in Haiti who adopted children, and was just arrested for child sex abuse Corrigan Clay ran the “Apparent Project”, with many celebrity endorsements”

Please DO NOT RT the picture of Bill Clinton visiting the U.S pastor in Haiti who adopted children, and was just arrested for child sex abuse 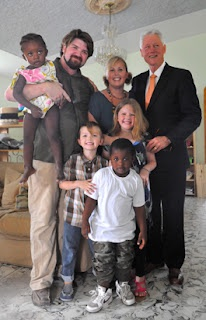 Here’s something the pastor wrote about that visit: 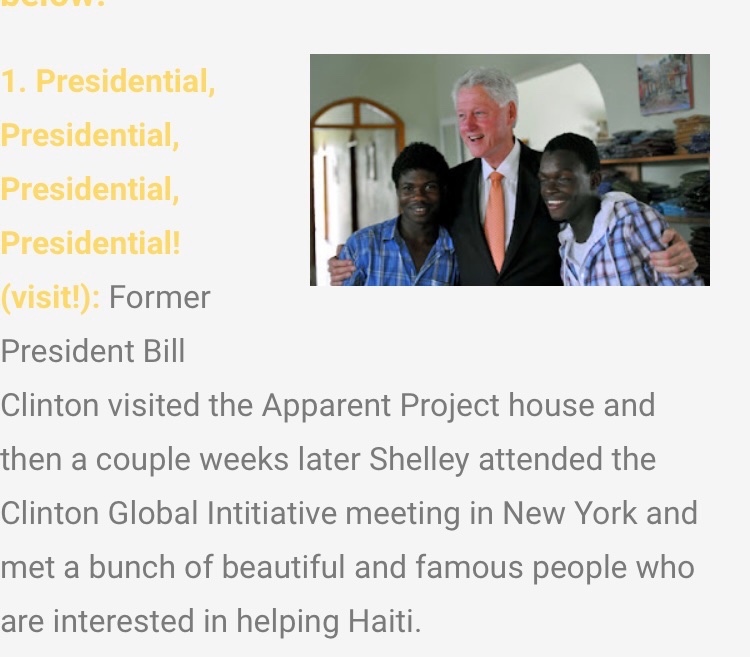 We all know how much devastation the Clinton’s caused to Haiti when they used it as a “cash cow” after that horrific earthquake, so of course, Bill was slithering around down there when this monstrous pastor was, as well.

Predatory birds of a feather flock together…

But it wasn’t just the Clintons who helped this pastor do his dirty work.

Many of the same “woke” corporations, who today play “social justice warriors” and preach at you and me, and pretend to be the “keeper of morality,” also helped the pastor stay in business.

Companies like Disney, The Gap, Macy’s, and others, not to mention very political celebrities like Ben Stiller and Kim Kardashian also supported Pastor Clay.

Here’s something he wrote about all his support: 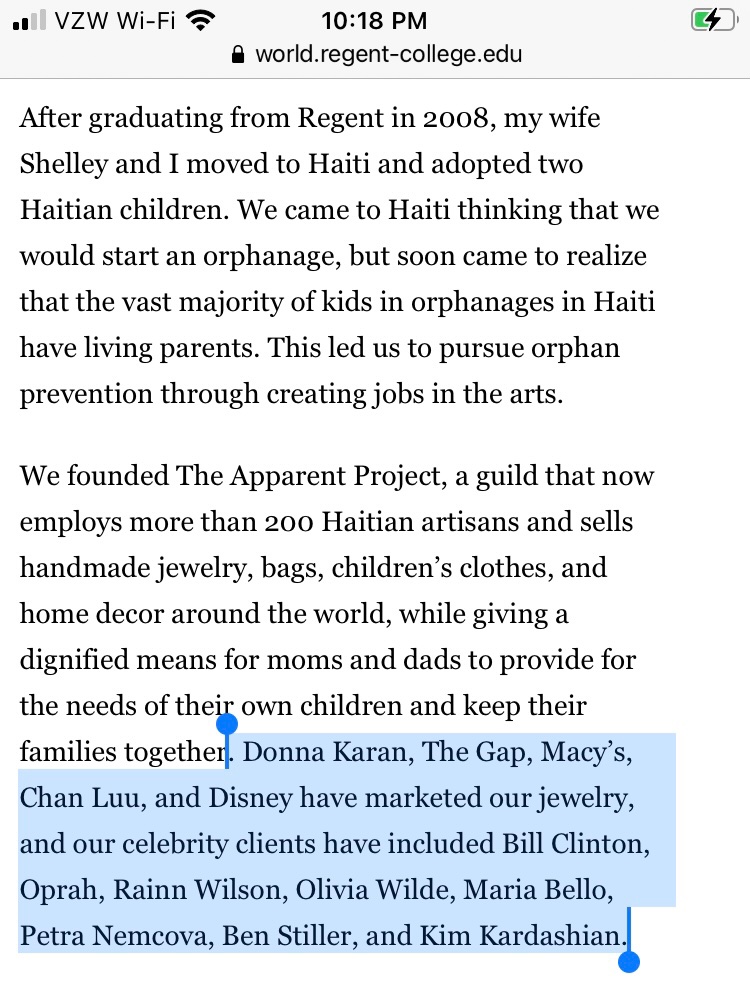 Here’s what people online had to say about The photo of Bill and the pastor:

“Birds of a feather..always flock together”

“Not surprised at all & thank God this POS won’t be near children anymore!!! More to come with this Cabal. Oh, and the Clintons are always somehow involved in everything”

“Well now we know what the President of Haiti said about the Clinton Foundation was not a Conspiracy Story! He said the reason they were kicked out of Haiti was because the Clinton’s were trafficking their children!”

“Unfortunately, it is probable that many overseas charities dealing with orphans are hotbeds of child abuse “

“Child predators seem to revolve around the Clintons and their ilk. Must be all just one. big. coincidence.”

“Just another coincidence for ol’ Bill “

“Why is Bill always found in the company of pedos?”

I think it’s a fair question to ask why the Clintons are so knee-deep with not just child sex offenders, but woman abusers, too.

It’s a disturbing fact that Democrats and the media pay absolutely no attention to, which is yet another reason they and the Clintons are the enemies of the American people — and the poor people of Haiti, too.