If you haven’t seen President Trump’s hilarious statement on the collapse of CNN+, you don’t know what you’re missing.

There’s so much packed into this short statement, I really don’t know how he does it.

As you likely know, CNN+ is the much-ballyhooed streaming service that debuted about 3 weeks ago.

Former CNN President Jeff Zucker, who is also the man who ran CNN into the ground and turned it into a laughingstock of fake news and CIA propaganda started the ego-driven project that was doomed to fail.

After all, why in God’s name would people PAY to watch CNN, when they weren’t watching it for “free?”

I still don’t understand why this didn’t dawn on anyone over there… it seems like a pretty obvious hurdle to me.

Also, ya gotta wonder what Chris Wallace was smoking when he left his highly respected gig at Fox News to join up with the network that has the single worst reputation of any cable news network on the planet… obviously, the biggest bonehead “career move” ever.

Why would you leave Fox News to become a turd floating in the CNN toilet bowl?

Anyway, Zucker got fired by the new Discovery owners, and after 3 weeks on the market, CNN+ could not attract any attention and the new owners threw the whole project in the trash heap.

The biggest blow CNN has ever taken, and trust me, many people are doing a happy jig on their grave, and rightfully so… CNN is responsible for turning this country into a bigger divisive, chaotic mess than ever before.

Well, President Trump chimed in on the collapse of CNN+, and as you can imagine, it was a barn burner statement. 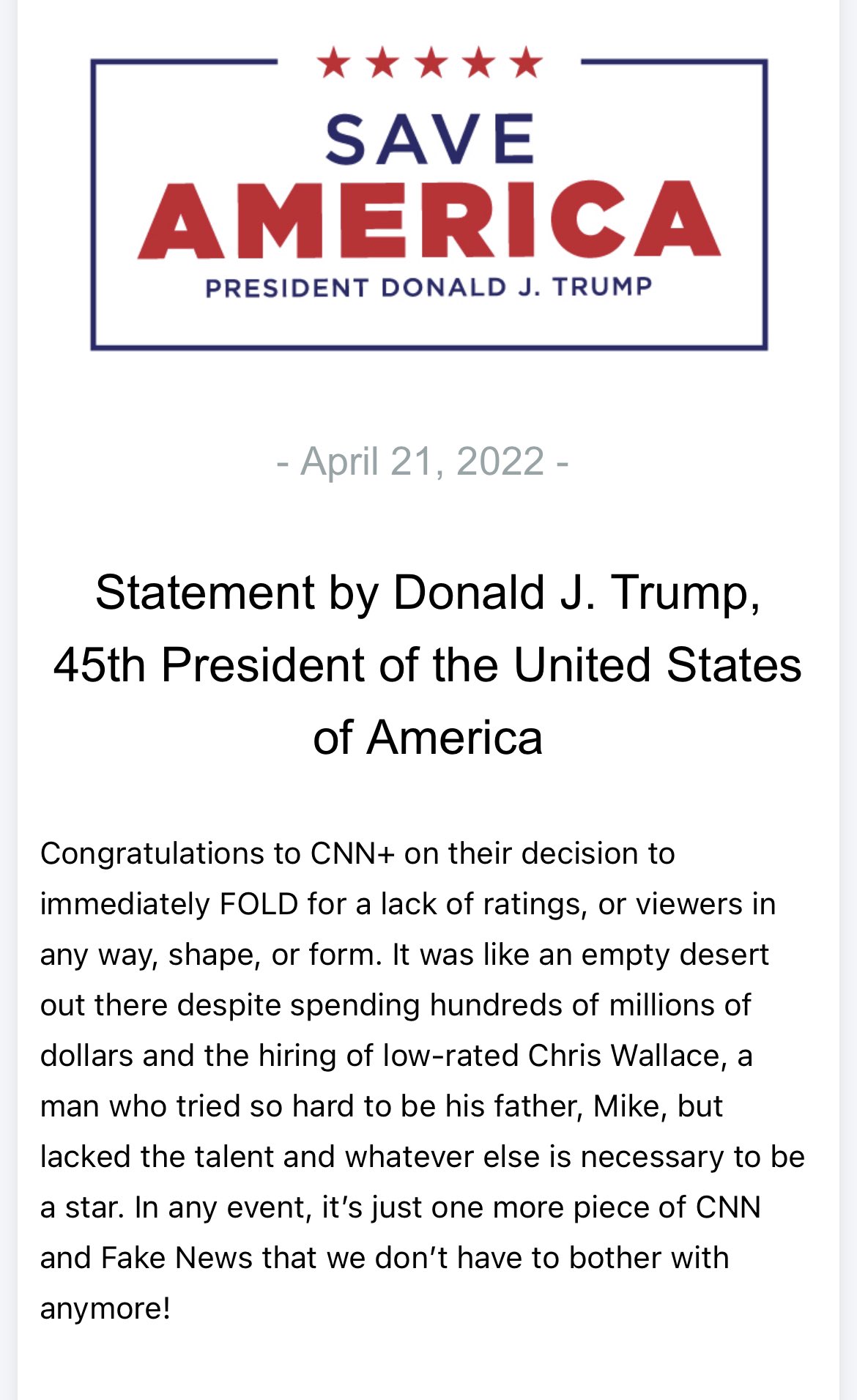 I love the extra jab at Chris Wallace, who turned the first 2020 presidential debate into a complete and total joke when he worked so hard to defend Joe Biden, that HE was debating President Trump more than Biden was.

He ruined his reputation, his career, and his personal life (he now has no job), all because of his misguided hatred for all things “Trump.”