A con artist by the name of Lewishena Browning posed as “Shay Johnson,” the so-called cousin of 14-year-old Tyre Sampson, who died on an amusement park ride in Florida.

Folks online claim she did it to steal donations, but police haven’t charged her with any crime yet.

The kicker is, the idiots at the local news helped her out, by placing her face all over the TV without even properly vetting her and making sure she was who said she was.

It would be a lot harder for con artists like this horrible woman to hurt others if our media stopped rushing to be the “first” to report a story, and simply took the extra five minutes to verify.

But of course, they didn’t do that.

They put this despicable woman on the air and validated her, allowing her to mock the death of this poor young boy and victimize his family and all the innocent people who donated funds to her.

Eventually, she was outed when the family saw her on TV and said they didn’t know who she was.

She also ended up saying something morbid during this interview which blew her cover for many people.

Most people figured she was a fraud when she said she had to “clean up” her cousin’s blood off the ground at the amusement park because nobody there would do it.

This woman is a monster.

Why this lady on the news pretended to be the cousin of Tyree Sampson the teen who fell from the Icon Park ride and stole donations I hate y’all Forreal 😭 pic.twitter.com/Te0JTQkDta 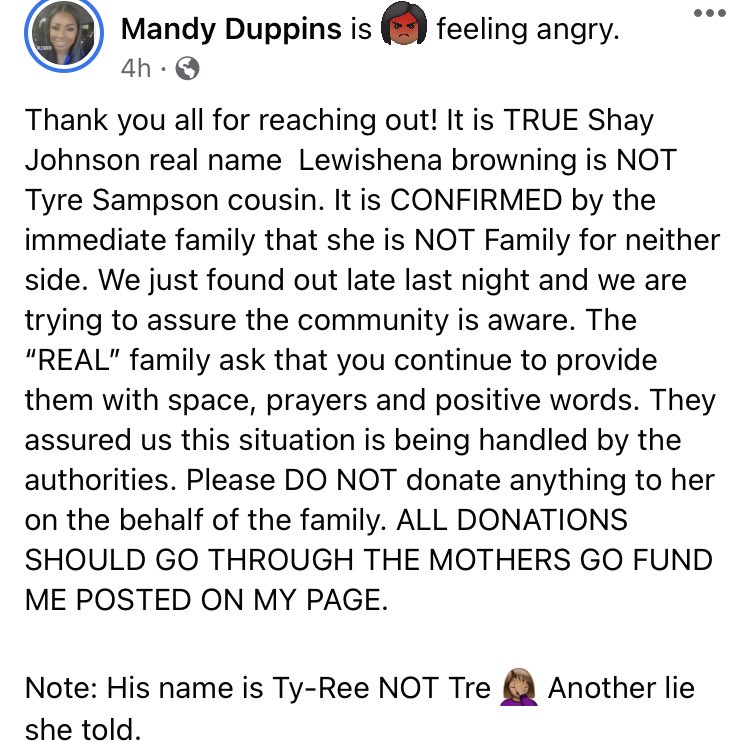 Yahoo News reported that Channel 9 has uncovered that a woman who has claimed to be a family member of the 14-year-old who fell from a ride at ICON Park has no ties to the family.

A woman who says her name is Shay Johnson has been claiming she is the cousin of Tyre Sampson.

She has been seen holding news conferences, collecting petition signatures and leading a vigil outside the FreeFall ride.

Attorneys representing the family told Channel 9 none of the family members know Johnson.

“As soon as she said she cleaned up the blood, I knew something was off”

“Give her Will Smith’s Oscar”

“Wasn’t no real family there to call this liar out?”

“I’m so confused if that’s true then who are the people behind her…..are they also con artists?”

The woman worked at a “dancers bar” in Florida, and because of this con, she lost her job.