We knew things were bad for Democrats. The entire party has turned into a radical free-for-all.

Honestly, there’s no room in the Dem Party for traditional Christians who are family-oriented and patriotic. If that’s you, you’re labeled a bigot and a racist.

So, it’s no wonder that the left has lost Hispanics.

That’s right, new data was just released, and it is probably the worst news Dems could have ever gotten…

Quinnipiac, a very, very left-leaning pollster has just released the direst of polls.

It shows that Democrats’ Hispanic support has cratered. 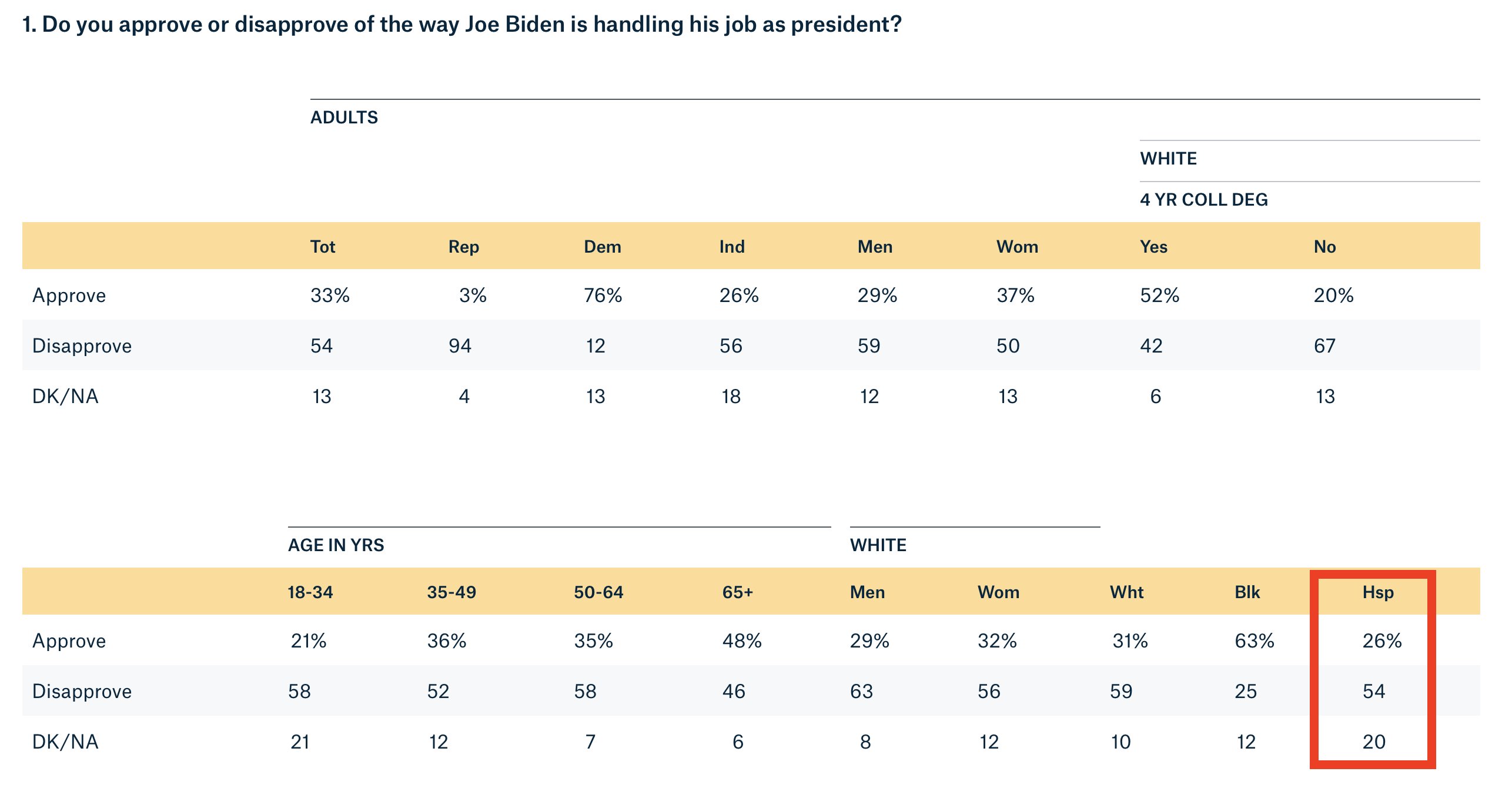 Meghan McCain’s husband, Ben Domenech, who is a Fox News contributor, outlined what’s happened to Dems and how they lost the Hispanic vote.

Democrats, I have terrible news for you. Hispanics are Republicans now. We’ll give you a minute to think about what you did to make this happen.

Maybe when you made everything about an open border, you were listening to white liberals instead of families and workers.

Maybe when you dissed aging Christians for clinging to guns and religion, you didn’t realize you were talking about our parents.

Maybe when you turned Planned Parenthood into the political holy priesthood, unassailable and unquestionable, you left us behind.

Hispanics are Republicans now not because the GOP did such a great job – it’s because Democrats are a party run by Ivy League idiots with Ivy League values.

Democrats, I have terrible news for you.

We'll give you a minute to think about what you did to make this happen. https://t.co/3q3Rl02X6o

I actually disagree with some of what Ben says here.

I believe that President Trump is the reason so many Hispanics have come over to the Republican Party.

Yes, radical white Dems have helped push Hispanics out, but President Trump and his America First movement paved the way, and will continue to draw more people in.