While the entire country is ravaged by high gas prices, soaring inflation, obscene amounts of crime, bare shelves, and a wide-open border, Joe Biden was carried outside and propped up near a “ghost gun” display, so he could ignore all the stuff Americans actually care about and instead push to ban guns.

The president and Deputy Attorney General Lisa Monaco unveiled the new rules during a ceremony in the White House Rose Garden. Some components of privately made firearms assembled from do-it-yourself kits purchased in a store or online will qualify as firearms under federal law.

I am sure that will make Americans who are wondering how they’ll feed their families feel a heck of a lot better.

But I’ll tell you what won’t make anyone feel better, are these insanely disturbing photos of Joe Biden holding a gun.

Have you seen these? He looks like a mass shooter from 1810…

Here are closeups of the photos: 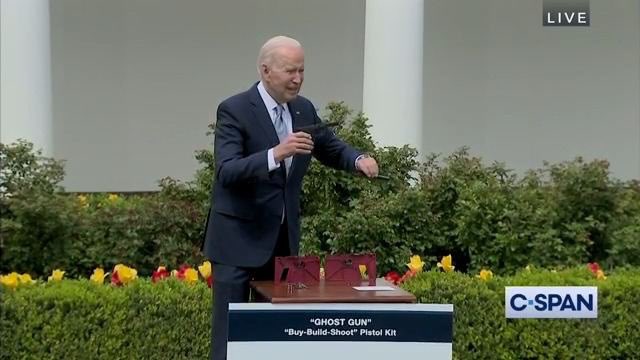 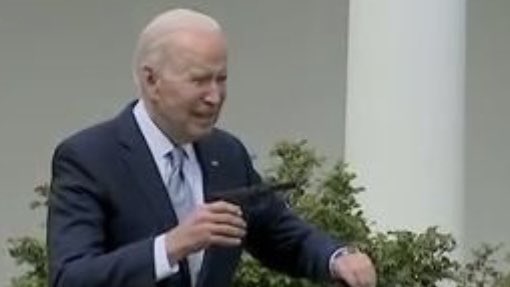 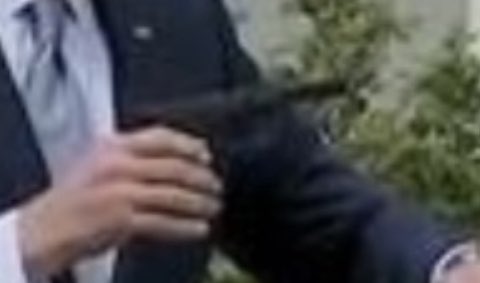 What is that face he’s making? It’s a still photo, but you can actually FEEL him shaking when you look at it, right?

Biden is lying to circumvent the Constitution and grab your guns.

He, his brother, and his crackhead son should rot in prison.

“Is this a comedy sketch? What in the actual hell is happening to this country?”

“hard to believe holding that ghost gun makes his face do that. these are not serious people

“This crazy old coot shouldn’t even have a spoon in his hand let alone a gun.”

“Who let the dementia riddled clown have a gun”

“This dude hasn’t had to fight for anything in his entire life. Why would he even know how to hold a weapon? The only thing Biden carries is an ice cream cone.”

“Omg, had I been there I would have screamed and yelled “Everybody Down, Active Shooter!”

“It if were shaped like a pre-teen he’d be grasping it properly.”

One thing the Biden admin is consistent about is bad optics.

I don’t care what they do with this guy, he could be hugging puppies, and it would go completely sideways and turn into a disaster.