The phony, shameless liars inside the White House just got fact-checked by the American people.

Looks like Joe and his clan of radical commies are the ones who need a “Ministry of Truth.”

Here’s what the White House originally said in a totally fake news tweet: “When President Biden took office, millions were unemployed and there was no vaccine available. In the last 15 months, the economy has created 8.3M jobs and the unemployment rate stands at 3.6% — the fastest decline in unemployment to start a President’s term ever recorded.”

There was no vaccine available huh?

No matter how you feel about that vaccine, President Trump is the one who launched “Operation Warp Speed.” Something Joe Biden would have never been able to do.

Well, the American people were livid and called out Biden for lying.

Here’s a sampling of what was said:

“no vaccine available”? What was president-elect Biden injected with? Sugar water? And was his *second* shot! Maybe check your own tweets?” 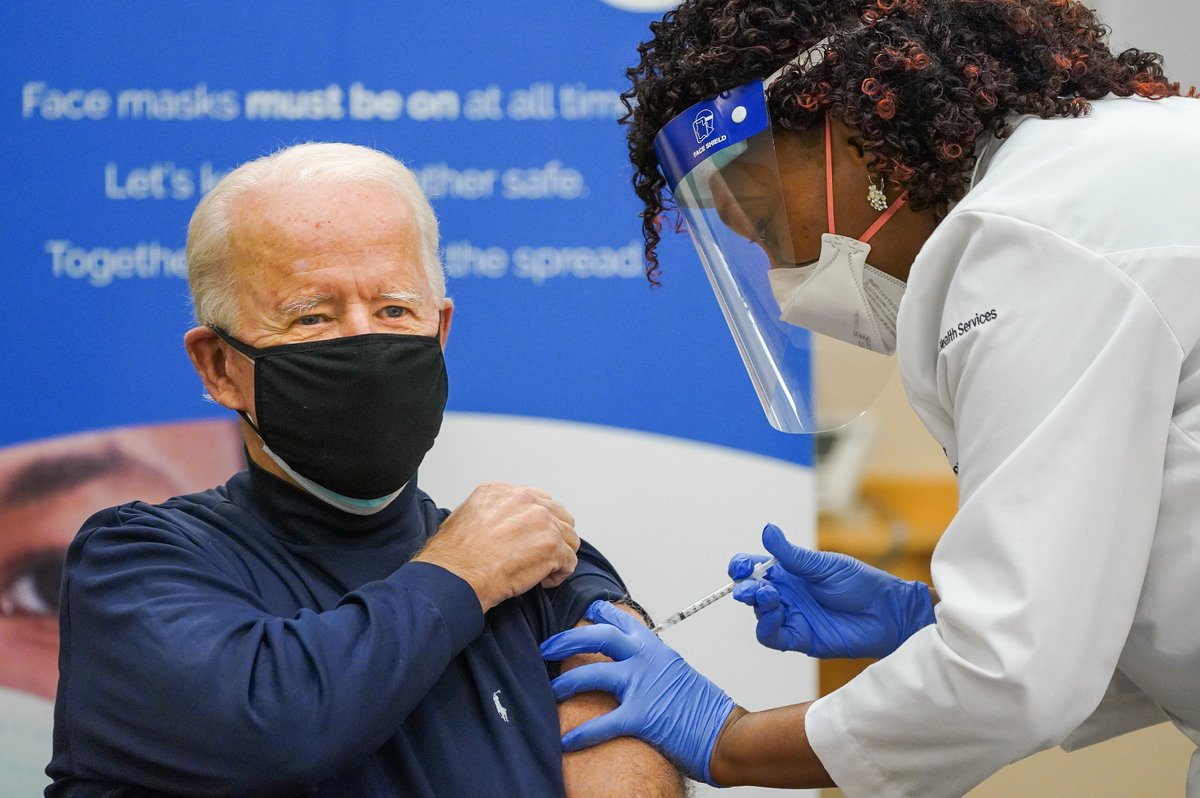 These bums love re-writing “history” to suit their agenda, it’s pathetic. These types of stunts might have worked back in the good ol’ 90s when Joe Biden still had his wits about him, but they don’t work today when social media is able to “fact check” you in .2 seconds.

So, after a lot of backlash, the White House conceded they were spreading big-time “disinformation,” and they issued this updated statement, which still gave Bumbling Basement Biden too much credit.

Here’s what the tweet said: “We previously misstated that vaccines were unavailable in January 2021. We should have said that they were not widely available. Vaccines became available shortly before the President came into office. Since then, he’s responsible for fully vaccinating over 200 million people.”

We previously misstated that vaccines were unavailable in January 2021. We should have said that they were not widely available.

Vaccines became available shortly before the President came into office. Since then, he’s responsible for fully vaccinating over 200 million people. https://t.co/rHJ0GZ63Dy

The shameless media had no choice but to tell the truth, no matter how much they didn’t want to…

The White House lied so blatantly on Twitter that even CNN and Dr. Fauci called them on it. Where is Joe Biden’s Minister of Truth to save us all?! pic.twitter.com/fvhdEw1skH

The American people need a “Ministry of Truth” to watch over this lying pack of thieves occupying the White House.

Here’s what everyone is saying online:

“Literally everything that comes out of this administration is a complete fabrication. This statement claims that Biden is fully responsible for vaccinating 200 million people. The vaccine and logistics for distribution were in place when he got there. Facts matter.”

“You didn’t misstate anything. You lied.”

“Did the “Ministry of Truth” fact-check you? Or was it regular folks who called out your BS?”

“Nah, you lied and thought you could get away with it with your sycophant helpers in the media.”

“This White House has had to clarify, correct or cancel words said more than any time in history.”

“And we woulda gotten away with it if it weren’t for you meddling independent creators” Will Bidens ministry of truth chide his Twitter team for this disinformation?”

“…and these people want to run a Ministry of Truth?”

“We know you stole the election.”

What the White House can take credit for is how Biden lied over and over about the vaccine being “immunity” how over 600K people died under his dementia-riddled watch, and how the vaccine doesn’t work, but he still forced Americans to take it or lose their livelihoods.

That’s what the White House should be talking about, because that’s the TRUTH.