The Manifesto written by the 18-year-old mentally deranged racist mass shooter is a slow and depressing walk down a path of loneliness, confusion, hatred, and mental illness.

I don’t know if you’ve read it, but it really struck me as very symbolic of this young generation of lost souls who grew up missing out on two years of their precious youth in the Dems dark COVID dystopian nightmare.

All those lockdowns, rules and regulations, and cutting people off from society and their lives was a huge and costly mistake, and something we’ll be dealing with as a nation for at least a generation… maybe more.

The reason I am bringing up COVID is that it was an important theme in the killer’s manifesto.

MORE NEWS: Do You Spot The BIG Difference In Joe Biden’s Travel Schedule?

And just to be clear, my interest in his manifesto isn’t to elevate him or give him or his beliefs a “voice.”

It’s truly a peek inside the mind of a mentally ill young American, and I hate to say this, but there are lots of them out there right now and it’s far better to recognize who they are and try to help now, before they snap and hurt or kill others.

In one area of the manifesto, the killer ponders the reason he snapped and went on the shooting spree — one thing he suggests is that it was the “two vaccine” shots flowing through his body.

My take is he said that in jest, and simply wanted everyone to know that he was “double vaccinated.”

I don’t think he was actually blaming the vax — just my take — but I think COVID played a larger role in all of this than some may want to admit, and that’s worth exploring.

Here’s what he said about the vaccine: “Who knows maybe it’s the two shots of covid vaccine juice going through my bloodstream that’s really making me do this.”

That’s a scary thing to even write, but it’s what he says about how he was “radicalized” that should scare the heck out of a lot of people out there because he can’t be the only one who went through this.

According to the shooter, he spent his COVID isolation time on extremist websites and found himself falling deeper and deeper down a rabbit hole of hate and violence:

“Before I begin I will say that I was not born racist nor grew up to be racist. I simply became racist after I learned the truth. I started browsing 4chan in May 2020 after extreme boredom, remember this was during the outbreak of covid.”

It’s fair to note that the killer identifies with communism and socialism, and the “authoritarian left,” and also is involved in “Green Nationalism.”

“Buffalo killer says he “wants no part” of political conservatism and is open to being called socialist” Although, he prefers to be labeled a “populist.” 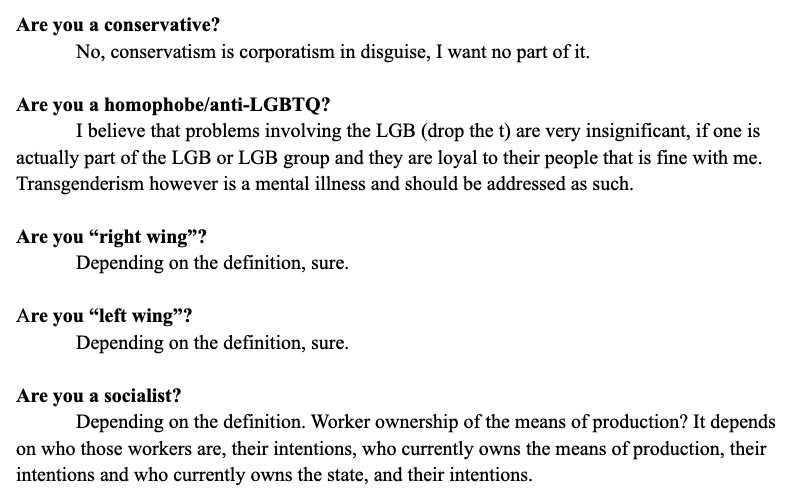 He hates conservatives and libertarians. He calls himself a “fascist, white supremacist” and an anti-Semite. 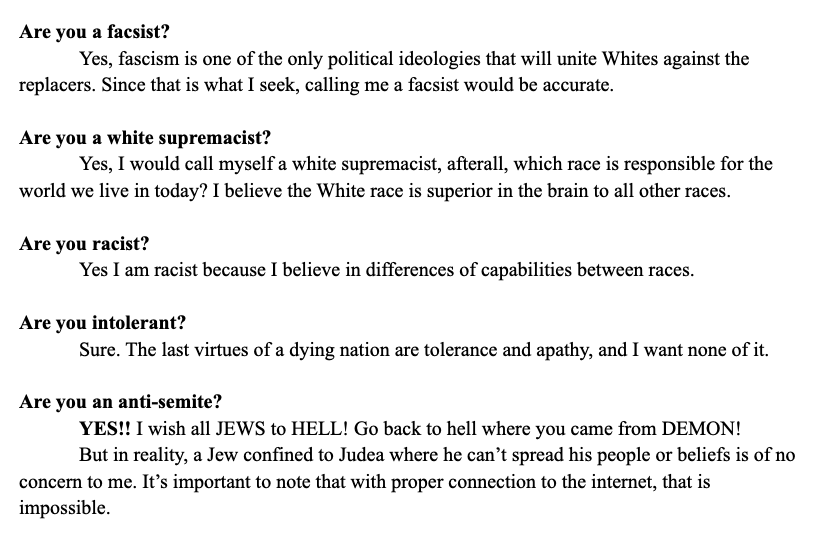 I have said this before, and I’ll say it again — extremists on both sides, far-right and left, will end up at a place eventually where they will morph into one another and become almost indistinguishable.

It’s because they have nowhere else to go with their extremism and so they become a “hybrid” of both radical extremes.

This is why he’s a gun-nut socialist, who is pro-vaccine, hates conservatives, but is against mass immigration.

He’s come “full circle” with his extremism and has meshed the two sides together and formed a wildly dangerous and scary mutation.

This is mental illness, hatred, and demonic powers all rolled into one.

It’s a complete and total failure and breakdown of a generation of lost souls who are spinning out of control and if we don’t get serious and address this, we’ll be sorry.