There are still so many questions surrounding the Jan 6th events.

And one person at the very center of the mystery is a man named Ray Epps, who many suspect is a “federal informant” of some sort.

Revolver.news did several comprehensive pieces on Mr. Epps, raising a lot of questions about his “real role” at the event.

Mr. Epps can be seen on video at nearly every “hot spot” at the Capitol, yet he’s never been arrested…

Well, now, even more questions are being raised, after video footage was released of Mr. Epps actually helping the crowd to lift a giant “Trump” sign and use it to PUSH against Capitol Police.

This would be considered an “attack” against Capitol Police officers, and yes, people were arrested for this… But guess who wasn’t arrested?…

Independent journalist Stephen Horn shared the footage on his Twitter page and followed up with some very good questions about Mr. Epps and his reasons for being there on January 6th.

As @FreeStateWill reported in December, Ray Epps was one of the members of the crowd who helped lift up a large Trump sign and push it into the line of police officers on the West Side of the Capitol around 1:40 pm

(original video by Just Another Channel and Savanah Hernandez) pic.twitter.com/T0jE9rZksw

Stephen Horn explains that at least two others who took part in lifting the sign were charged with felony assault with a dangerous weapon for this act (18 U.S.C. § 111(a)(1), and (b)): Marshall Neefe and Sean Michael McHugh.

The criminal complaint for McHugh contains a screenshot from the JAC video. 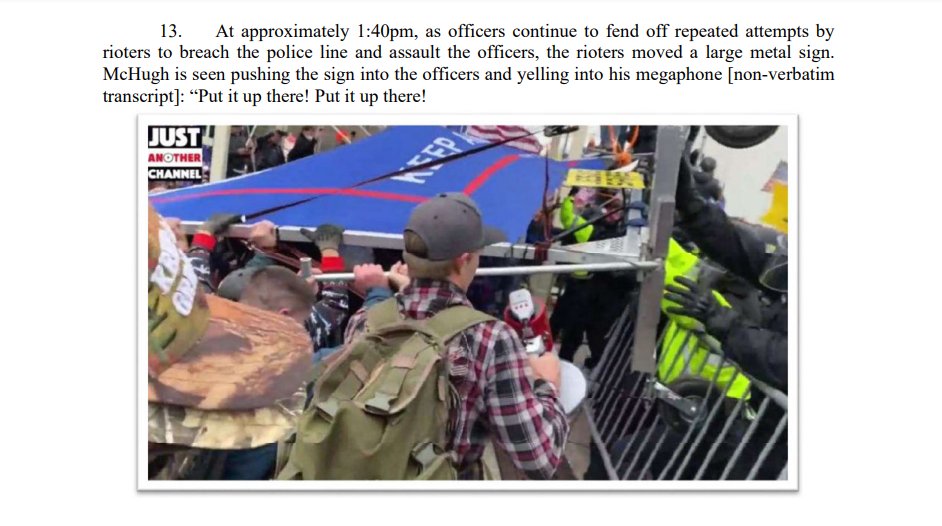 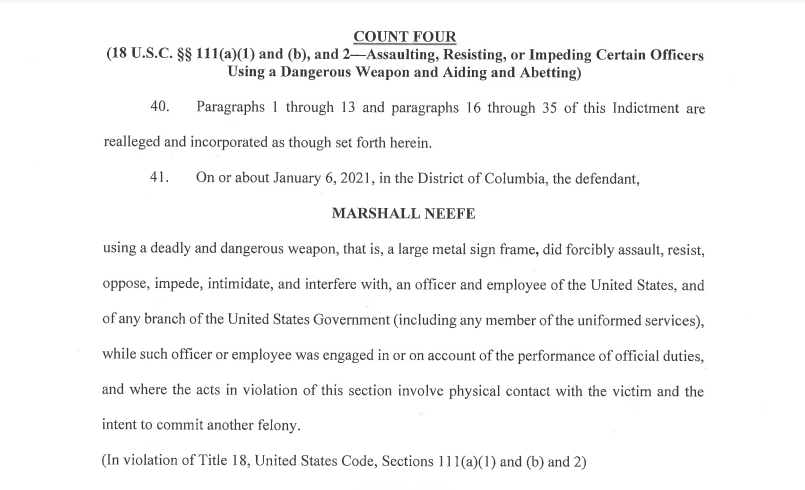 Mr. Horn rightfully wonders if it’s a felony for Neefe and McHugh to help push the sign into the police line, shouldn’t it be a felony for Epps as well?

You’d think so, wouldn’t you?

Furthermore, Mr. Horn points out that from a different angle, Mr. Epps can actually be seen grabbing the sign and gesturing with his finger toward the police.

Additionally, Epps can be seen grabbing the sign and gesturing in another angle of video from behind pic.twitter.com/VoBCQqmqYx

So, why hasn’t this man been arrested?

As I said earlier, Mr. Epps was spotted at nearly every single “hot spot” that day and was even among the first to lead the charge to enter the Capitol, but he’s walking around free, while people who appear to have done MUCH LESS, are rotting in prison.

When the GOP takes over the House and Senate (God willing), one of the first things they must do is investigate January 6th.

I believe both of these ghouls are key to what “really” happened on that day.