It looks like Biden’s new press secretary is an undercover insurrectionist, who is trying to overthrow the US government and destroy “democracy” as we know it.

Right? Those are the rules, yes?

That’s what it looks like, now that we’ve seen some old tweets from Karine Jean-Pierre, who apparently has zero faith in US elections, since she think not one, but TWO US elections were fraudulent.

Hmmm, how can Biden continue with someone like THIS at the helm?

MORE NEWS: [VIDEO] Hey Joe, Where The Heck Are You Wandering Off To, Big Guy? 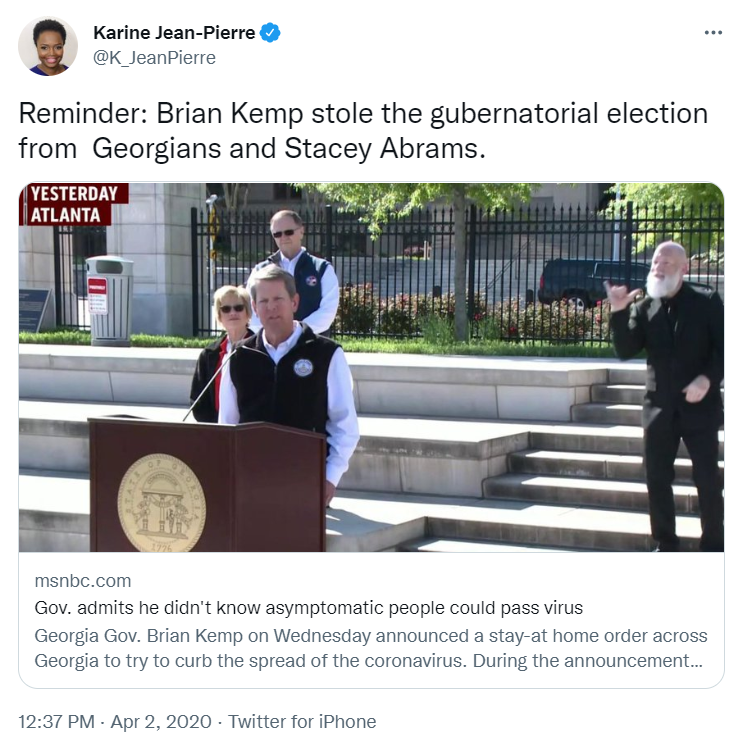 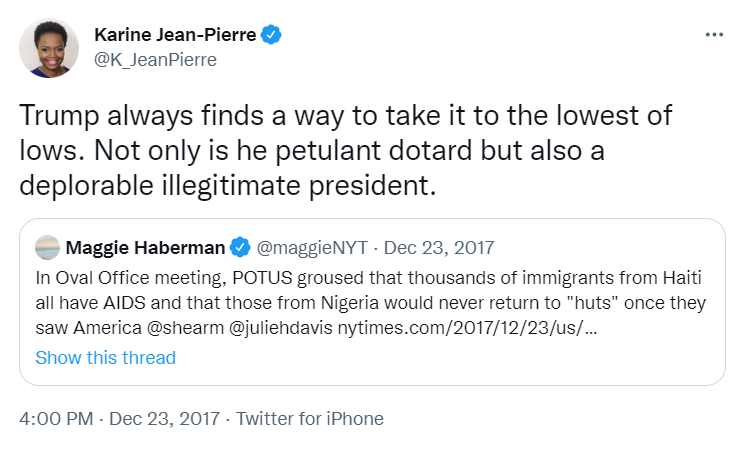 “Someone report this person who is spreading disinformation to the Biden administration. Wait. What? She’s the new @PressSec? Hillary saying this in Oct 20. Amazing how Dems spending 4 years calling Trump illegitimate was magically forgotten. Call it both ways. Or you’re a hack.”

“She’ll fit in great as the person paid to lie, deflect, and spin news in favor of the Biden Admin. Not sure why this Admin needs a Disinfo Gov Board when every Admin has one as Press Sec.”

“Sounds very seditious. Isn’t that how this works you guys?”

“By the new media standard she’s an insurrectionist and threat to democracy.”

“Was she fomenting an Insurrection??”

If you were to say something like this about 2020, you could be suspended from social media, and be labeled a “Q kook.”

Fact-checkers would trip over themselves to tell you your statements were “FALSE” and that the election you’re speaking about was the fairest in all the land.

If you’re a publisher, and you printed a story like this, about 2020, calling Biden illegitimate, and claiming the race was fake in the title, Facebook could demonetize your page and Goggle ads could cut you off.

But it’s perfectly okay for the left to question an election or two, and call presidents “illegitimate.” That’s not “Q-kook” stuff, when they do it, it’s speaking truth to power. That’s how this little game of theirs works.

People are done staying quiet about this nonsense, we’re speaking out, loud and clear on what we believe, and calling out and mocking the left for their twisted, kooky beliefs.