There are still so many questions about the demonic scumbag that killed all those innocent people in Buffalo, but we can glean some clues from his hate-filled manifesto.

He claims he’s a blend of Nazi and Green Nationalism and a “left-wing authoritarian.”

What does all of this mean?

Well, independent journalist Mike Cernovich talked about it online — after all, Mike was actually listed in that manifesto.

Here’s what Mike said: “The manifesto of the terrorist who killed people today contains the following: – He did a chart of Jewish people and included me under “troll Jew.” – Rejection of Christianity. – An admission that he is is “authoritarian left wing.” – Hybrid Nazi and “green nationalism.”

“Twitter bans people for linking to these documents even though it helps us understand what is true and what isn’t. I can’t post it but what I said above is true and verifiable. Demonic influence.”

It helps to understand what these people are thinking or what dark path their traveling down.

Sadly, the left won’t do this, all they want to do is blame Tucker Carlson and Fox News… Anything to score a political point.

The 180 page "manifesto" left by the shooter shows zero "Tucker" "Tucker Carlson," or "Carlson" mentions. The document is sick, and the shooter claims to be an authoritarian leftist.

They are so useless.

Twitter bans people for linking to these documents even though it helps us understand what is true and what isn’t.

I can’t post it but what I said above is true and verifiable.

But I wanted to try to get a better understanding, so I did some research online to see if I can piece together exactly who this lunatic was, beyond just a typical crazy demon.

According to Digest BPS “Left-Wing Authoritarian” means this:

Antihierarchical Aggression – the belief that those currently in power should be punished, the established order should be overthrown, and that extreme actions, such as political violence, are justifiable to achieve these aims.

Anticonventionalism – the rejection of traditional values, a moral absolutism concerning progressive values and concomitant dismissal of conservatives as inherently immoral, and a need for political homogeneity in one’s social environment.

Top-Down Censorship – preferences for the use of governmental and institutional authority to quash opposition and bar offensive and intolerant speech.

And to be fair, there are “Right-Wing Authoritarian” groups as well.

So, now we know what LWA (Left-Wing Authoritarian) means, now what about “Green Nationalism…” What’s that?

Well, according to Wikipedia this is the definition:

And just to make sure we miss nothing, what is the definition of today’s “neo-Nazi”?

This is what SMH.com says:

Neo-Nazi literally means “new-Nazi” or “revived Nazi” and it refers to people who have adopted ideologies similar to those first identified with the Nazi Party, which ruled Germany under Hitler between 1933 and 1945. “Nazi” is a contraction of the German words meaning “National Socialism”.

I think all of this combined gives us a peek inside this monster’s dark world.

I am a firm believer that radicals eventually mesh together. When there’s nowhere else to go on “your side” you adopt the other side’s radical thinking, and I believe that’s what happened here.

A mentally sick person, who became a confused hybrid of all sorts of extremism.

And when I say this kid was mentally sick, I am not joking: 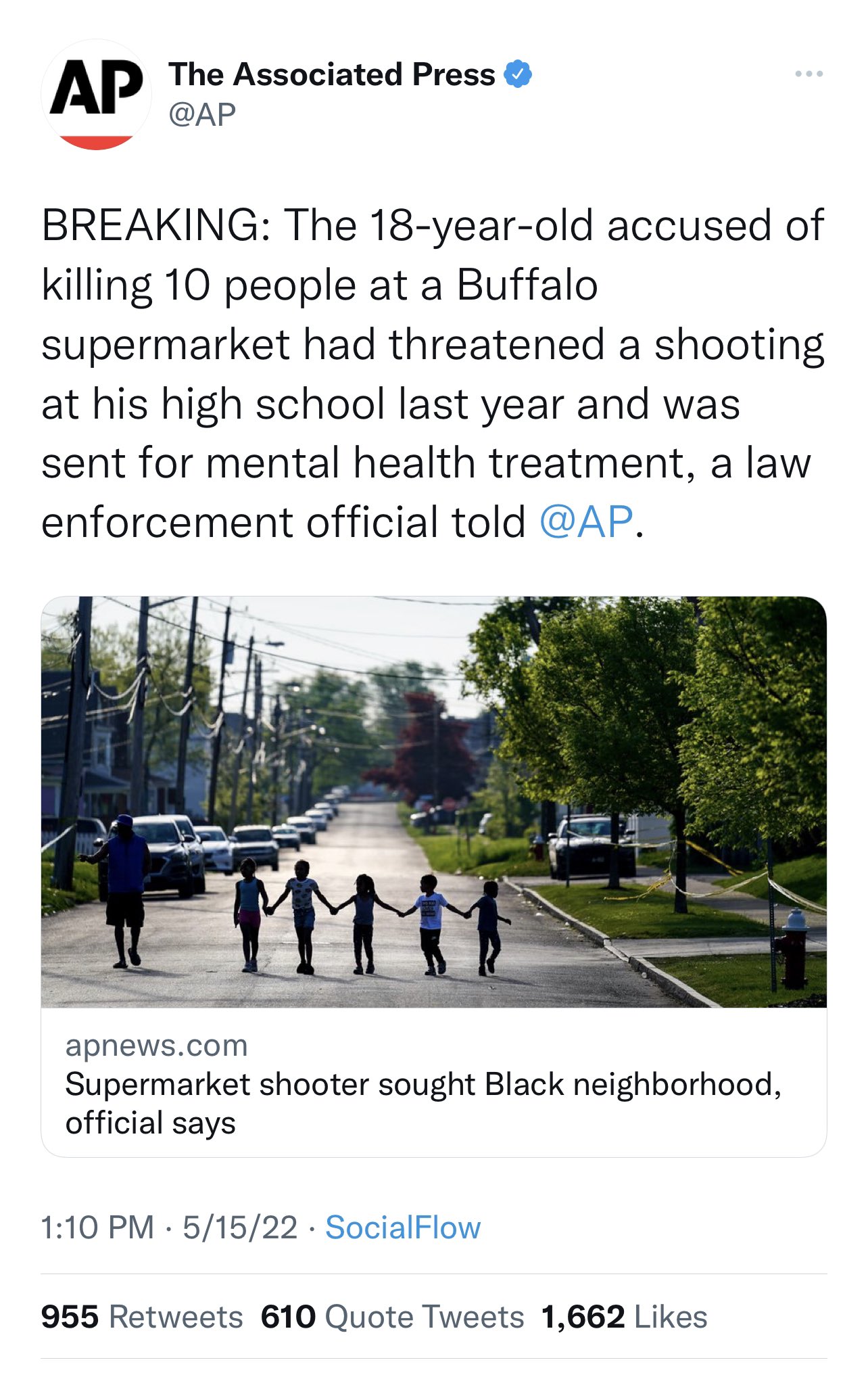 Either way, it’s important to understand what’s really going on, and not just spout out nonsensical “Tucker Carlson did this” rhetoric. That also goes for the people claiming the government did this. I get it, the timing is suspect, and nobody trusts the government, but there is real evil in this world, and sometimes it waits for the “perfect” moment to unleash its carnage.