I haven’t even glanced at Drudge Report in years. And I won’t.

I refuse to go to that godforsaken traitorous liberal trash site. But I saw a tweet online this morning with a screenshot of one of their BOLD headlines.

Looks like Drudge is now pushing hysterical Monkey Pox propaganda… Just in time for the midterms… I can already see the plan unfolding. They’ll spend the entire summer scaring the hell out of everyone, with one “Monkeypox” story after another, showing closeups of all those creepy blisters. They’ll twist, contort, and inflate death numbers, to make sure everyone’s really lathered up in a frenzy, and then dust off Fauci, and have him suggest another lockdown just in time for midterms, so the mail-in ballots can make a comeback.

Can’t you just see it now?

And the shills in the media will follow along because fear means clicks and more revenue and helps their political agenda move forward. It’s a win/win/win for them. 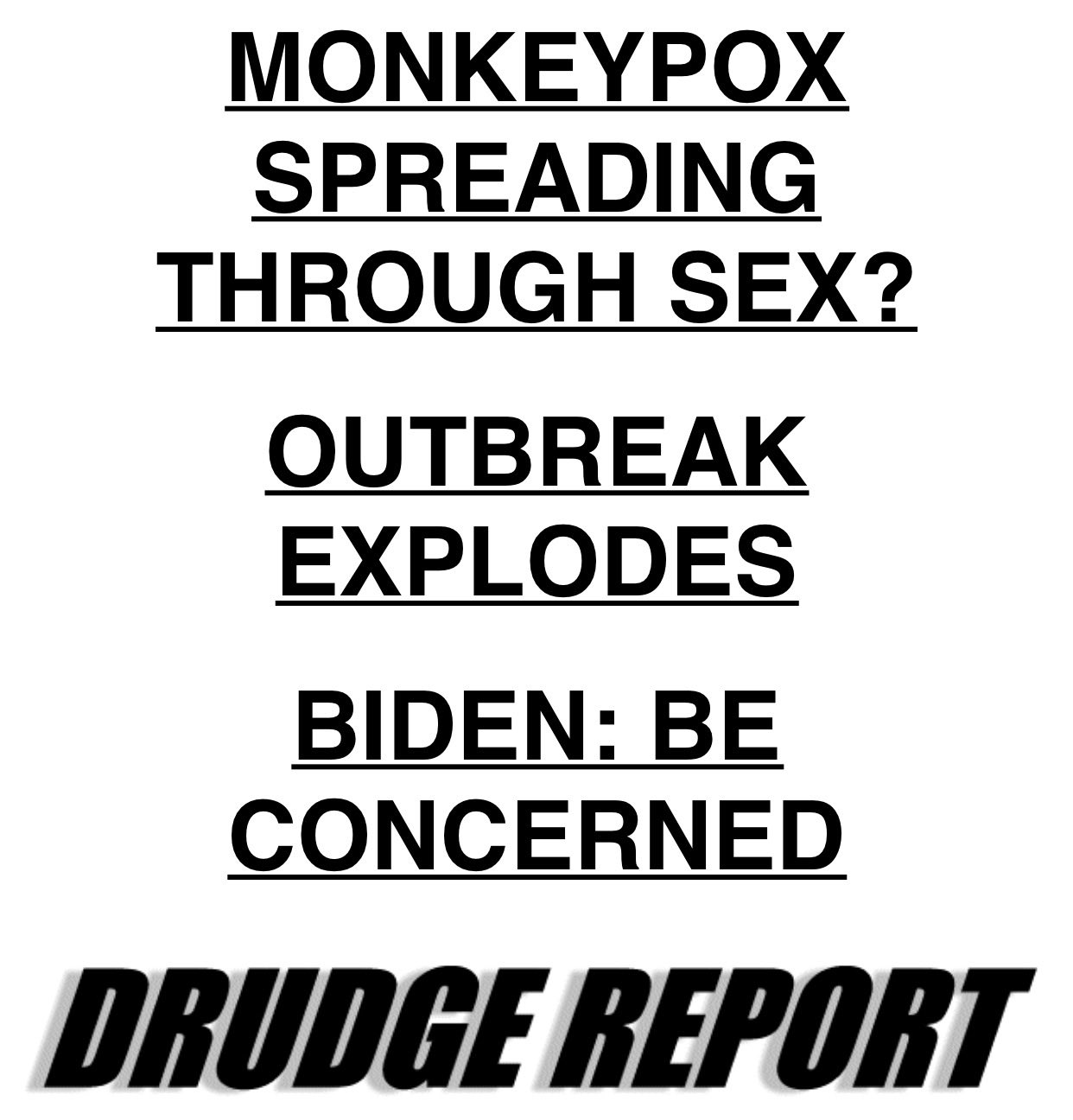 I think there’s a total of 145 cases of Monkeypox in the entire world right now.

By the way, the CDC claims if you’ve had a “Smallpox vaccine,” you have an 85% chance of not catching Monkeypox.

But of course, don’t pay attention to that, because all of this will just keep getting crazier, because that’s how this plot works, right?

We’ve all seen it before.

“Heeeeere weeee gooo! Just in time for blue states to shut down in person midterm voting”

“Mass civil disobedience… Federal government has gone rogue and against the citizens .. you really think the Democrats need a pandemic to cheat?”

“You wouldn’t have this problem if you just bypassed Drudge, which I have going on four years now. Drudge is trash”

“Obviously not a danger since women are on a #RoeVWade #SexStrike right LOL?”

“Matt Drudge has turned into something in the last few years that’s unrecognizable.”

I saw this meme and it’s so true: 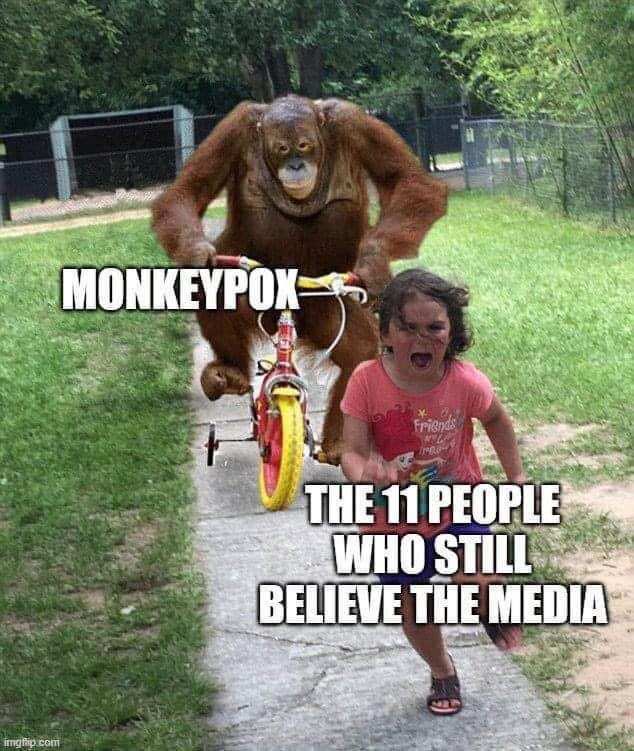 Now, the big question is — when’s the updated Monkeyvax coming out? Or the “boosters” they’ll say we all need?

Because you know that’s gonna happen…