As you should know by now, I like to find interesting things for you to read…and I think I stumbled across a doozy…

The term “LARP” stands for “live-action role play.” And you hear this term bandied about regarding things like Civil War reenactments, Dungeon and Dragons, really any “role play” type scenario where people are creating or recreating a historic moment or fantasy.

What you usually don’t hear, however, are people reenacting the lives of “everyday Americans,” but that’s exactly what’s happening in Poland.

A group of Polish folks are LARPING as Americans on 4th of July, in a series of pretty outlandish photos.

I get a vibe that this is a “progressive” group taking aim at so-called “rednecks” or “Trump voters,” or what they think we act and look like.

Anyway, it caught my attention; I thought this was unique and figured you might be interested in seeing this.

In this role play below, the Poles are reenacting Ohio Americans on the 4th of July.

And don’t worry, I will have some comments to make about these images… 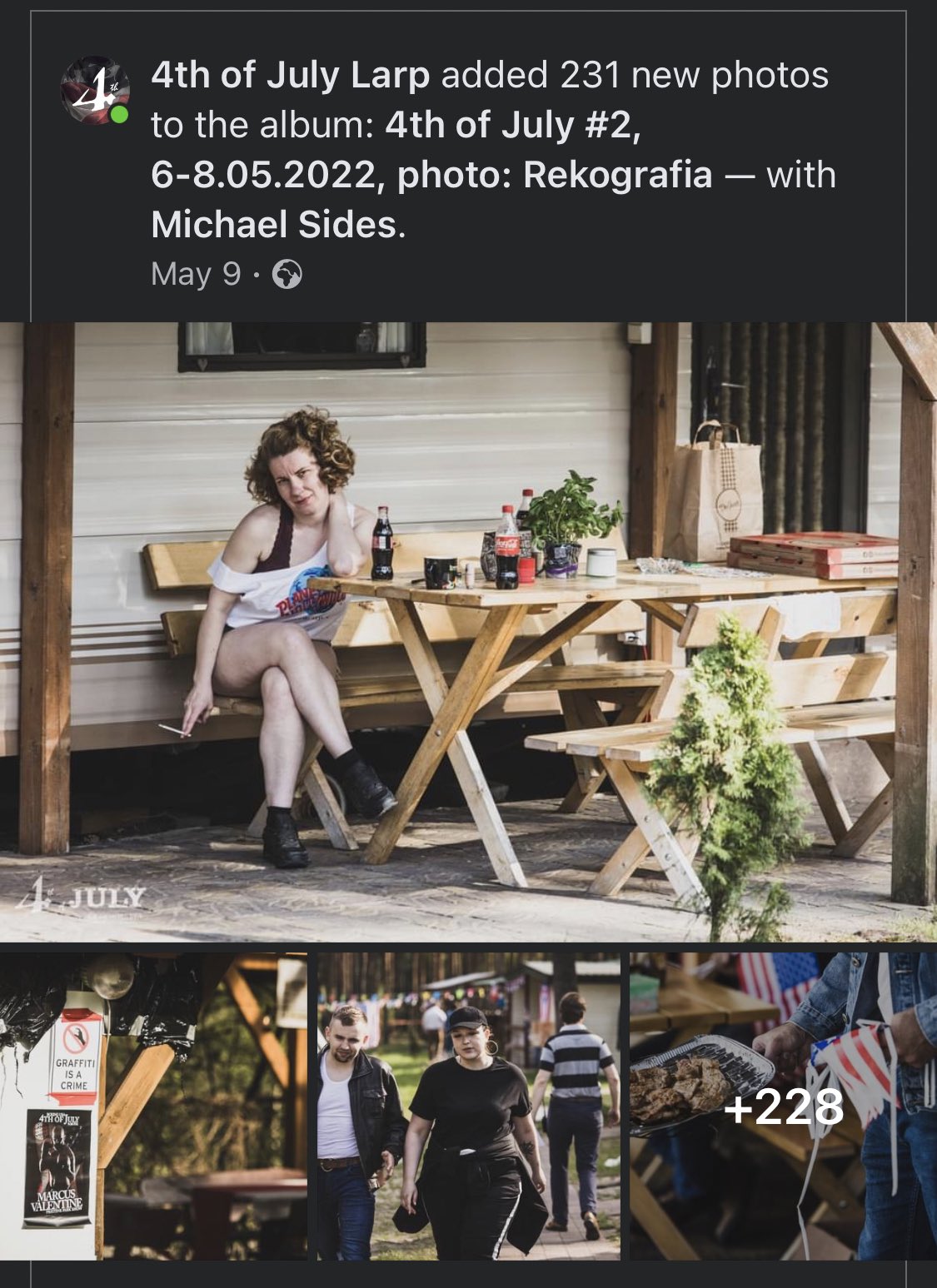 Maybe this project should have been titled “4th of July in Portland” … This has zero “Ohio” vibes. 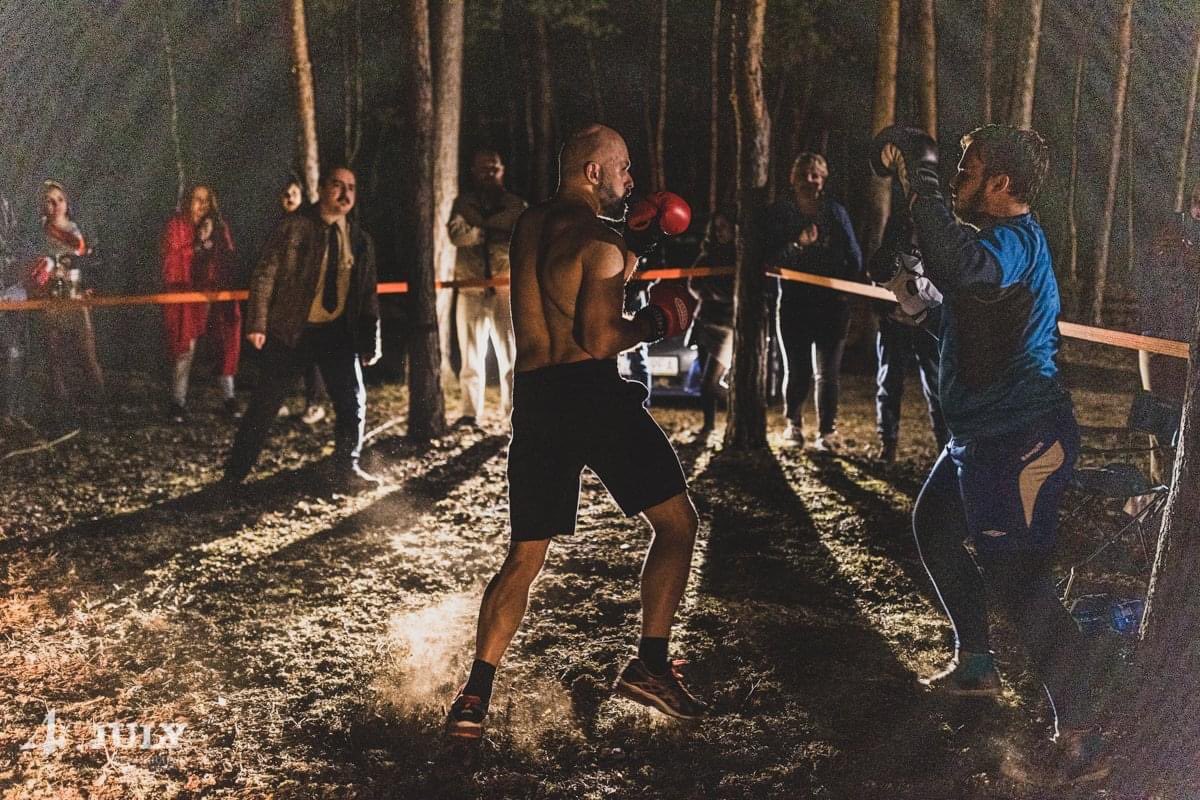 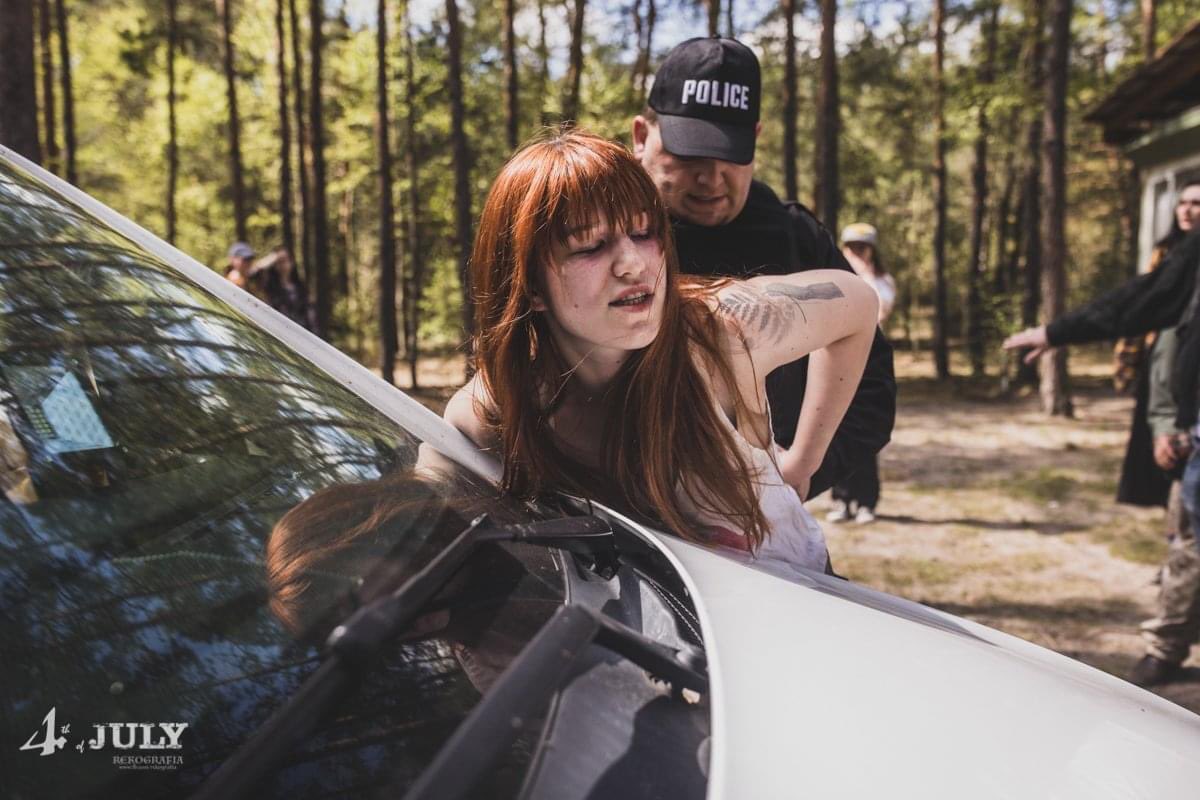 I have yet to attend a BBQ where anyone got arrested. I feel gypped. That cop would be roasting his butt off in a jacket like that in July. 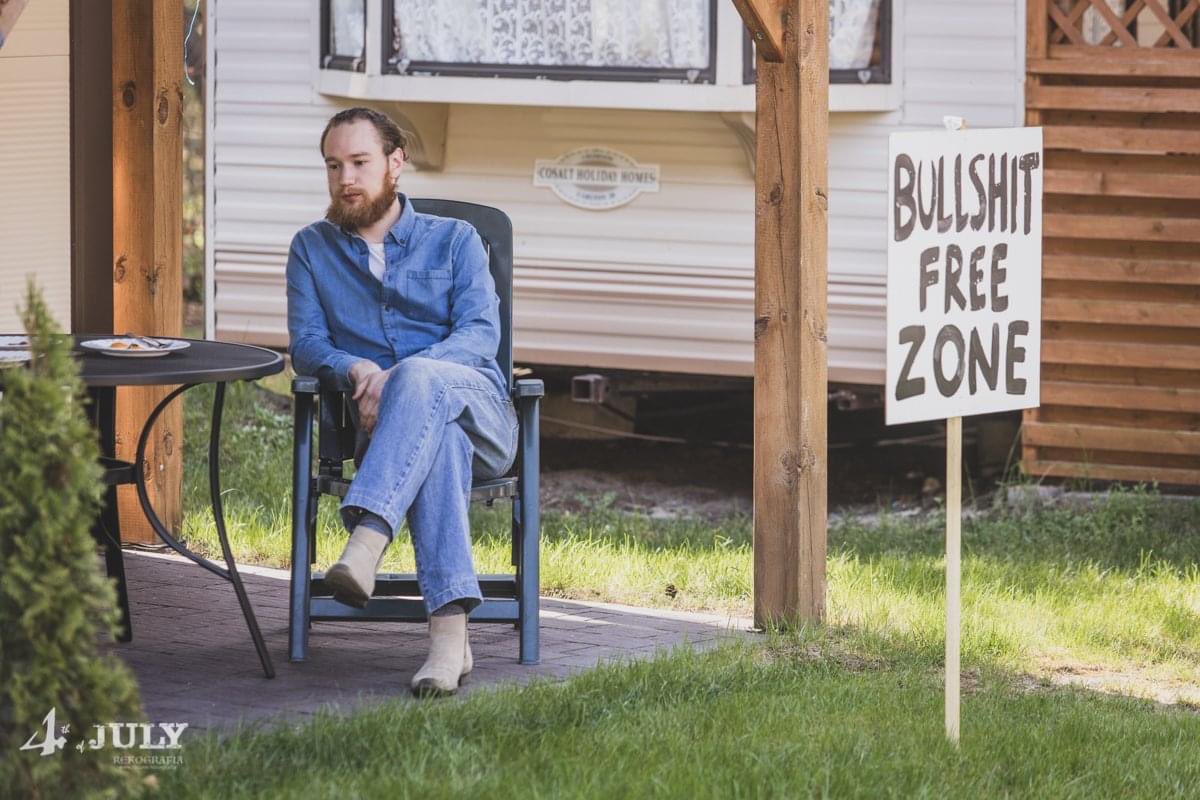 Okay, that dude in the “No BS Zone” looks a tad feminine for this particular photo shoot. 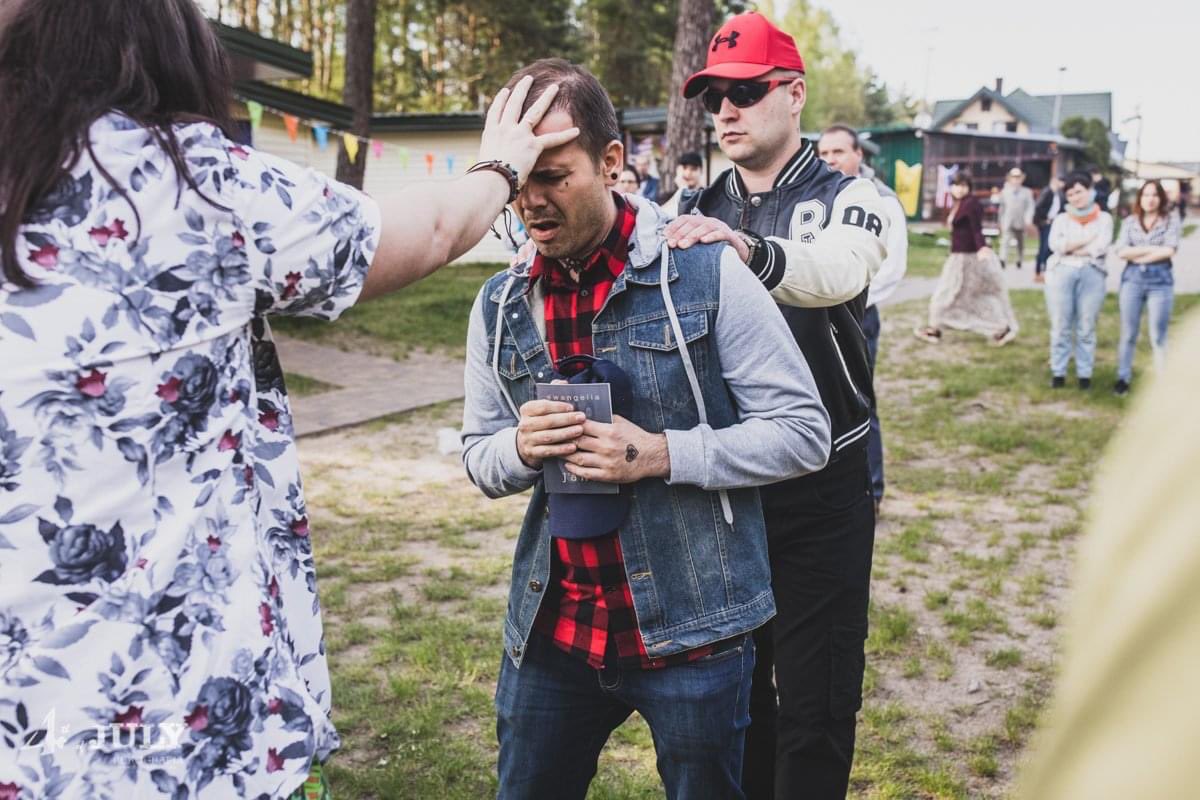 Polish people think Evangelical church revivals spontaneously breakout at BBQs. Why is everyone wearing jackets (and flannel) in the middle of summer? 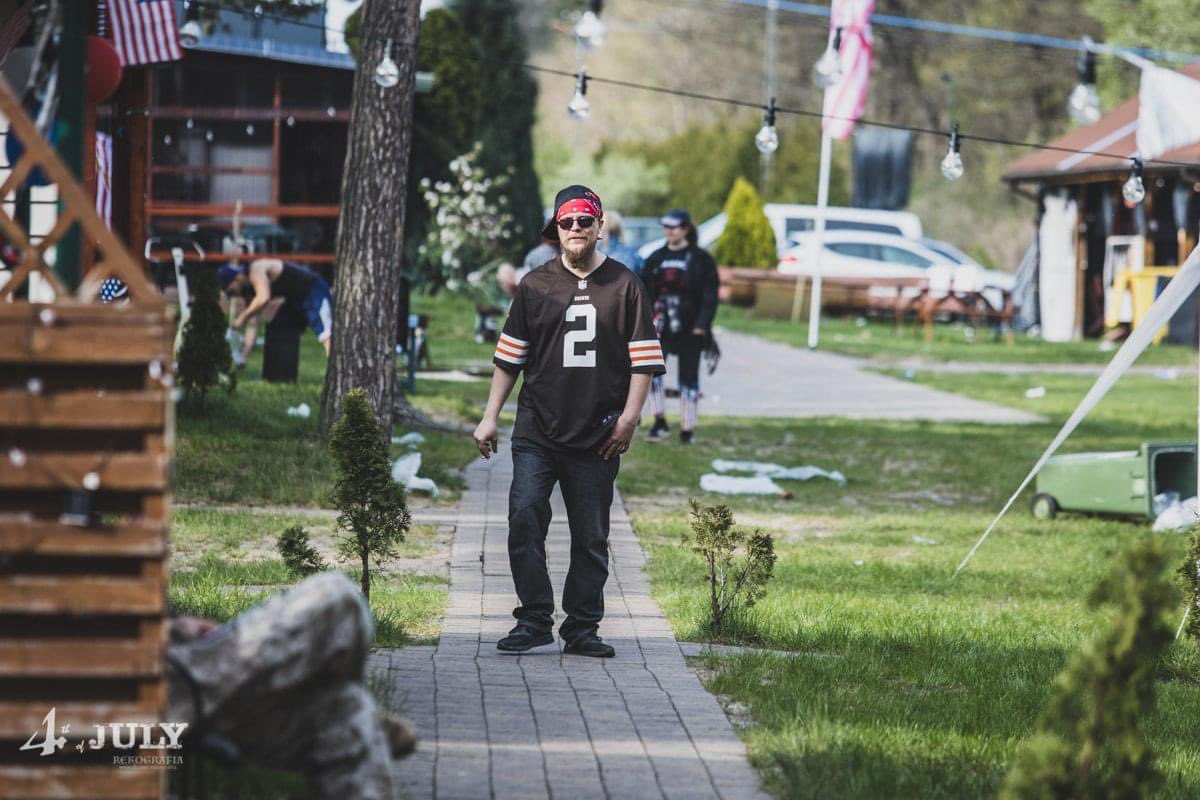 The overturned garbage can is weird … The Ohio burbs are actually really clean. This photo reminds me of this meme: 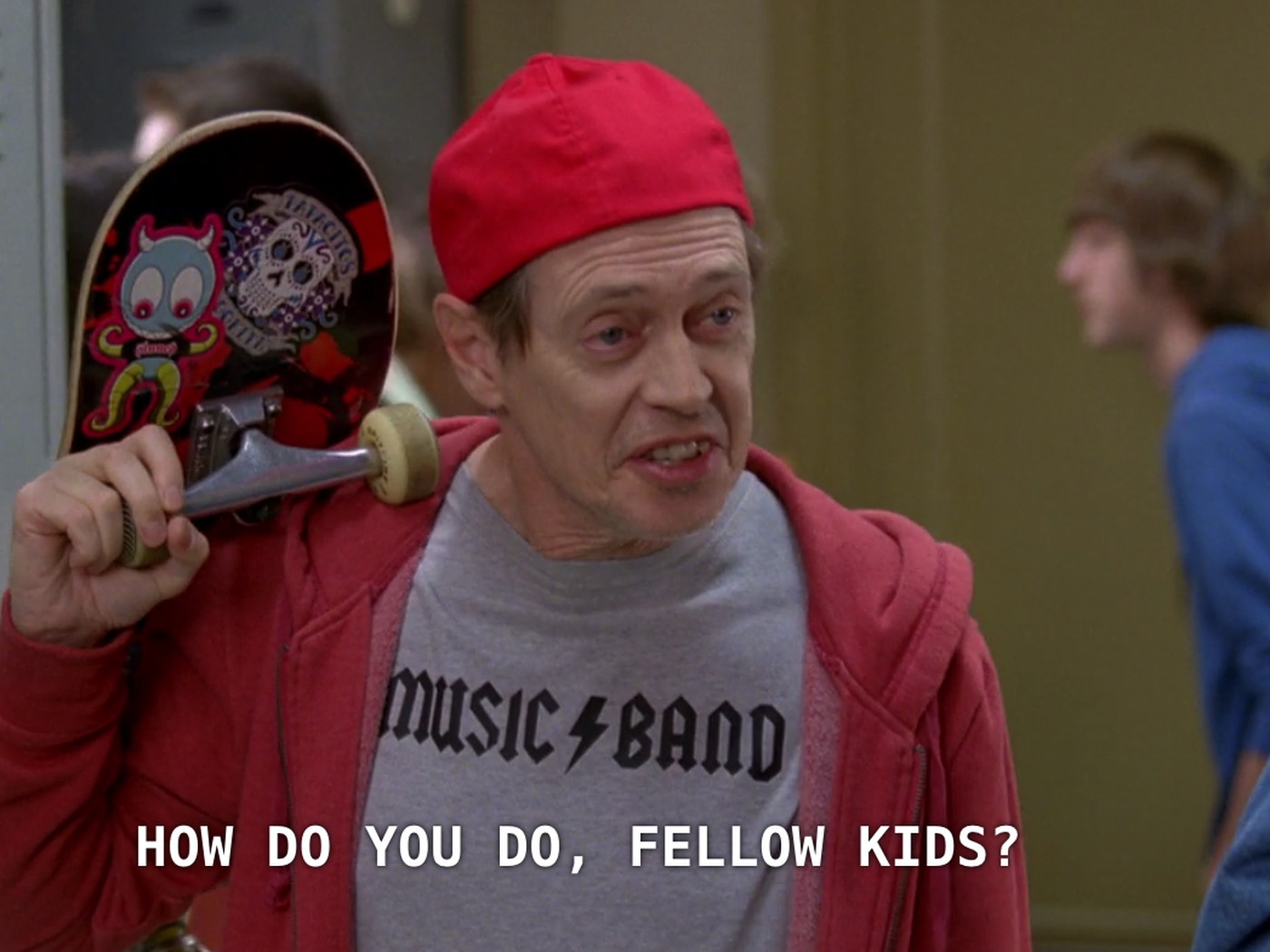 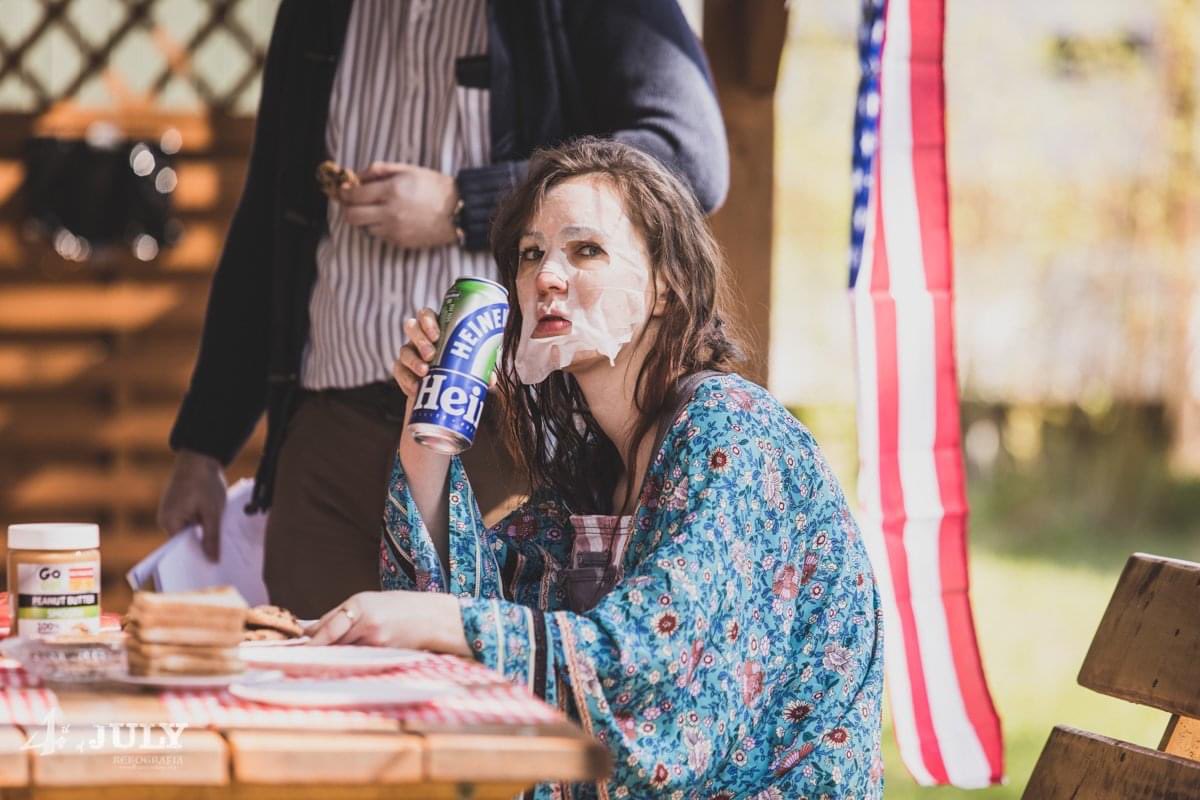 My daughter wears face masks like this to moisturize her skin. Not sure why Polish people think we wear these to BBQs, or that we eat peanut butter sandwiches on the 4th of July. Also, that guy next to her is wearing a thick wool dad sweater. And not to nitpick, but that should be a Budweiser or Coors beer. 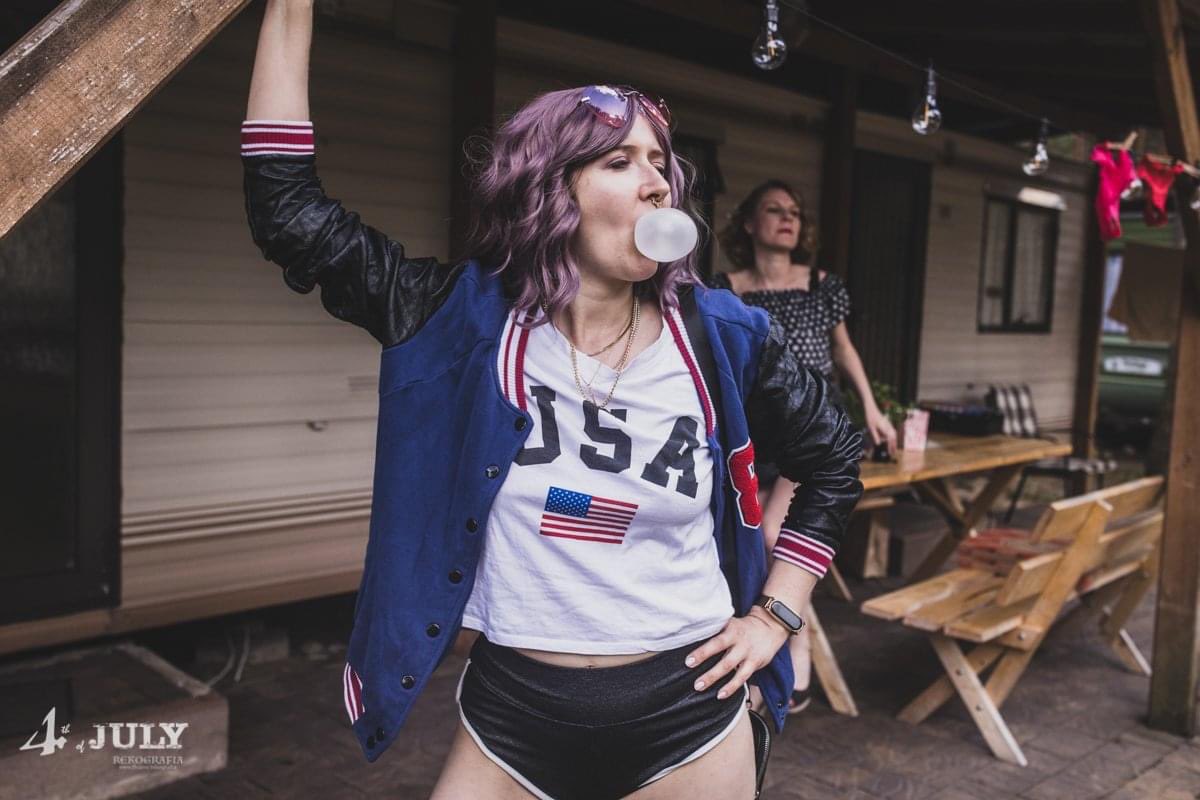 People with violet hair *usually* are not super patriotic. 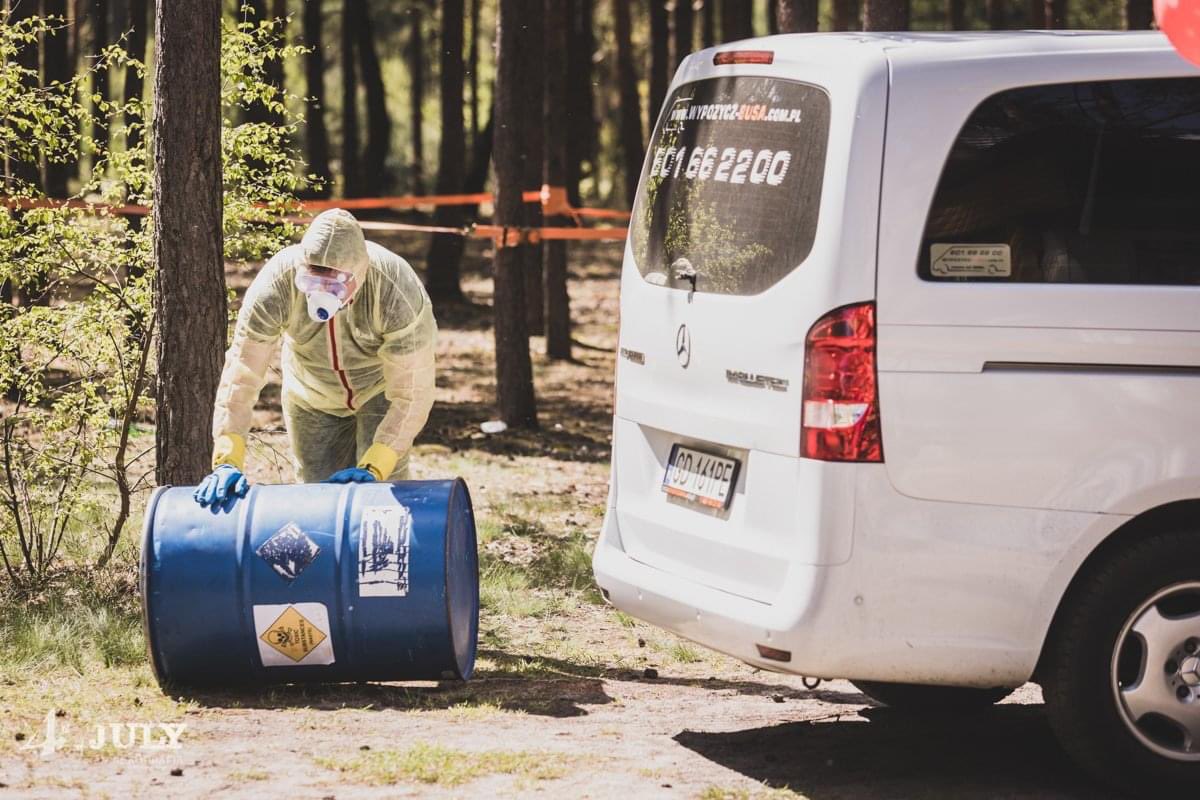 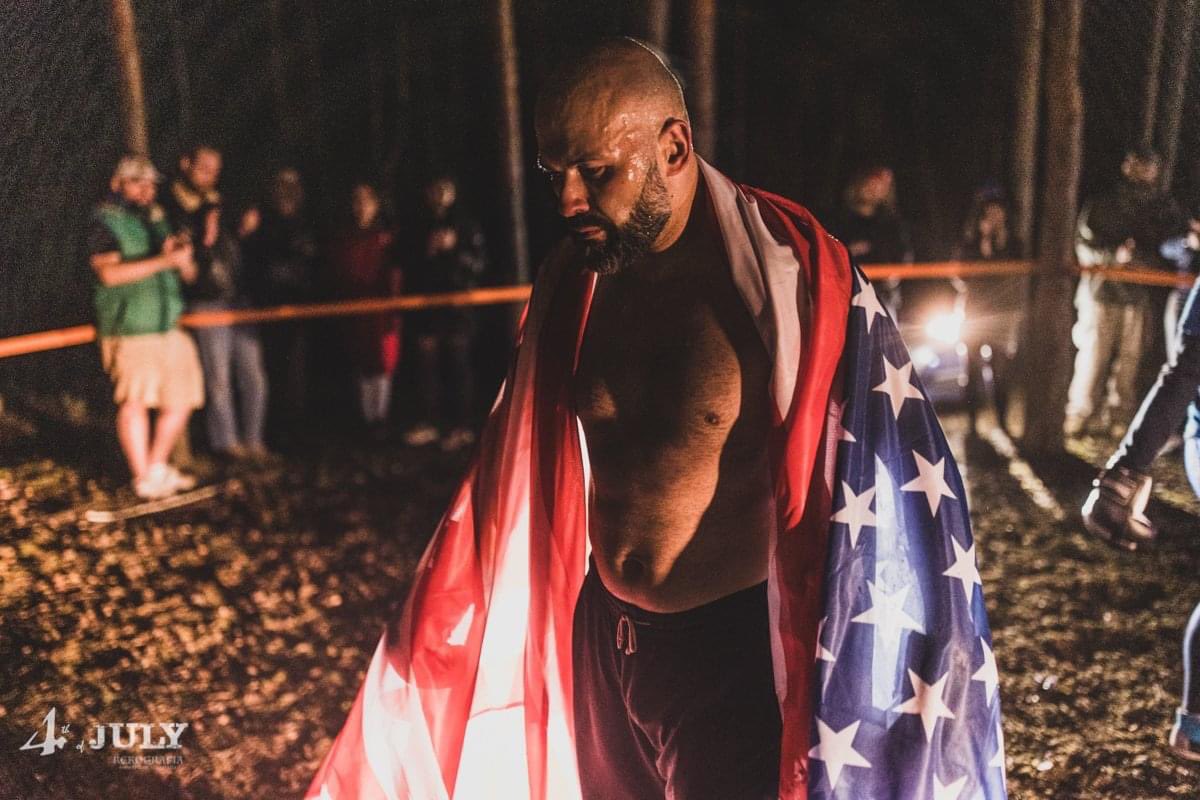 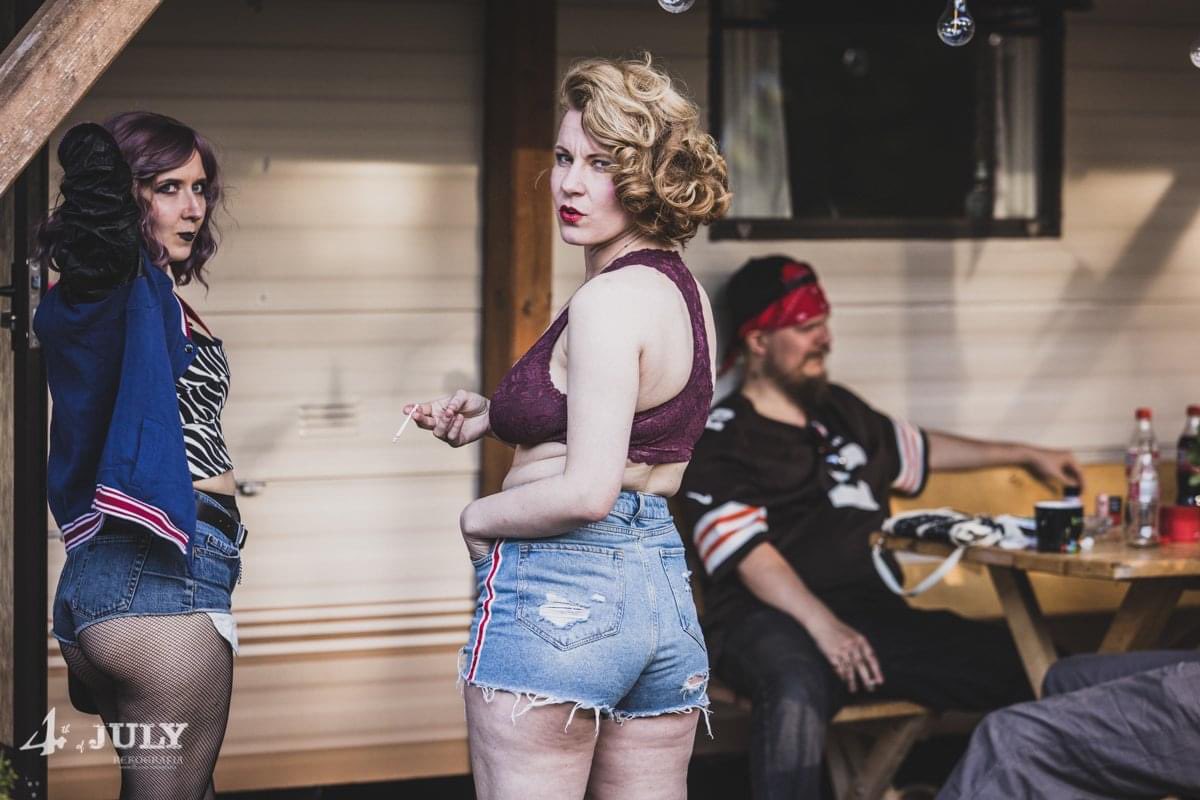 This seems kinda accurate, I guess. Except for the fishnets in July, and guys would likely wear cargo shorts, not thick pants.

Do Polish people not understand how hot it is in the US in July? 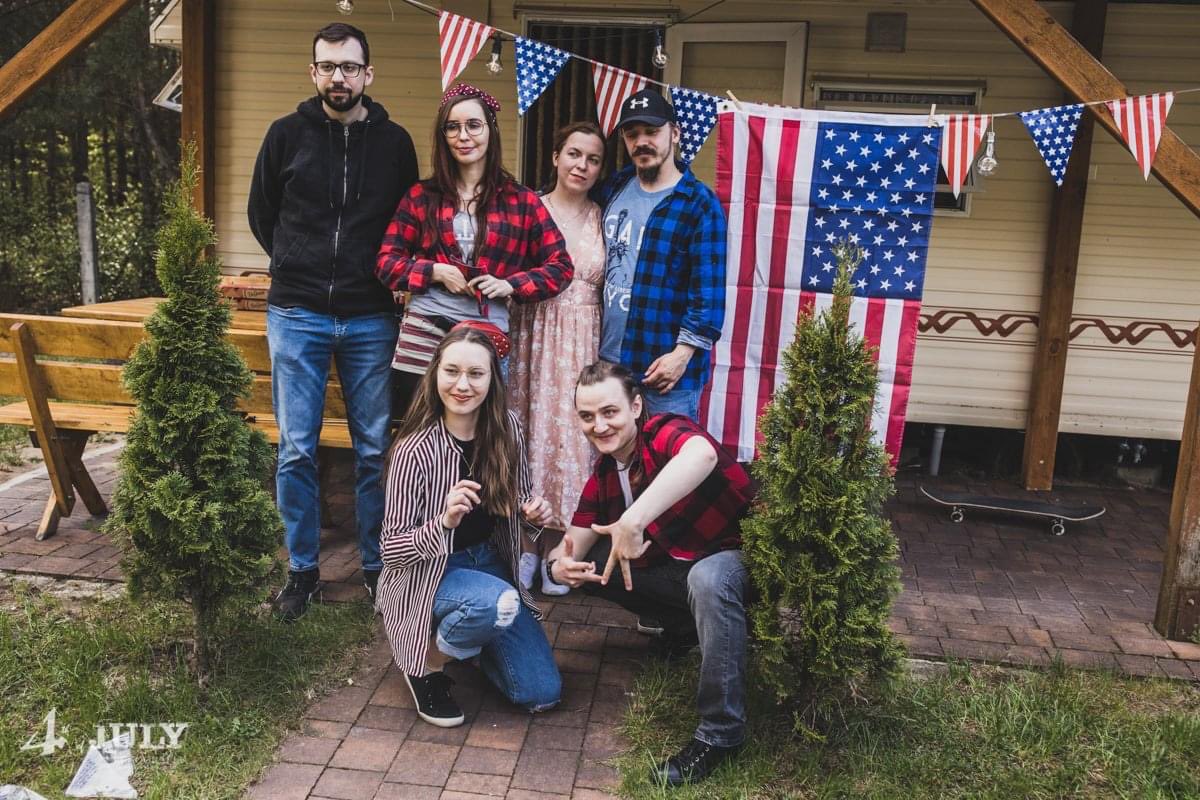 Why would Americans wear flannel and zipped-up hoodies on the 4th of July? They’d pass out from heat exhaustion. The white guy “throwing gang signs” looks like he’s making cutesy shadow puppets.

In Poland, there is a LARP group that roleplays as contemporary Americans. Here they are doing “Ohio.” pic.twitter.com/ckZRIYZHzV

So, it’s interesting to see what foreigners think of American “midwestern” culture.

They really missed the mark.

For me, I think this photoshoot looked more like ANTIFA members dressing up as patriotic Americans than actual Ohioans.

I think the Poles should go back to the drawing board.