So, today, he had a barn burner “Save America” rally, to promote Liz’s America First challenger Harriet Hageman.

And it looks like things are off to a good start.

Politico reported that the poll, which provides perhaps the starkest illustration yet of the political peril Cheney faces this year, shows Wyoming attorney Harriet Hageman garnering 56 percent of the vote to Cheney’s 26 percent in the GOP primary. A third Republican got 12 percent support, and just 6 percent are undecided.

Hageman was recruited and endorsed by former President Donald Trump in response to Cheney’s vote to impeach him last year alongside nine other House Republicans.

The race for Wyoming’s lone congressional district is one where the Club for Growth and Trump, who have quickly turned from allies to foils, are aligned, though the Club has not formally endorsed Hageman. The poll, shared first with POLITICO, was conducted this week by WPA Intelligence, a Republican firm, ahead of Friday’s candidate filing deadline.

Trump has taken intense interest in the race because Cheney has been such a prominent critic of his attempts to subvert the 2020 election results. After her impeachment vote, she became one of just two Republicans, along with Rep. Adam Kinzinger (R-Ill.), to sit on the commission investigating the Jan. 6 Capitol riots that Speaker Nancy Pelosi created.

Kinzinger chose to retire rather than remain a stop on Trump’s 2022 midterm revenge campaign. Cheney, however, has said she plans to seek reelection — even if her odds look tough. And Trump will travel to Casper, Wyo. on Saturday to rally for Hageman, a trial lawyer who placed third in the GOP primary for governor in 2018.

The polling reinforces another piece of data the Club for Growth released a year ago, which showed that 52 percent of Wyoming GOP primary voters were planning to vote against Cheney regardless of who challenges her.

Not only is President Trump going after Liz on policy, but he’s also trolling her pretty savagely as well.

Look at this GIGANTIC picture of her he has above the stage. It’s a blend of Liz and George W. Bush…

This is perfect. HA!

There’s a face-mash of Liz Cheney and George W Bush over the rally stage. pic.twitter.com/AtwgSud8Hc 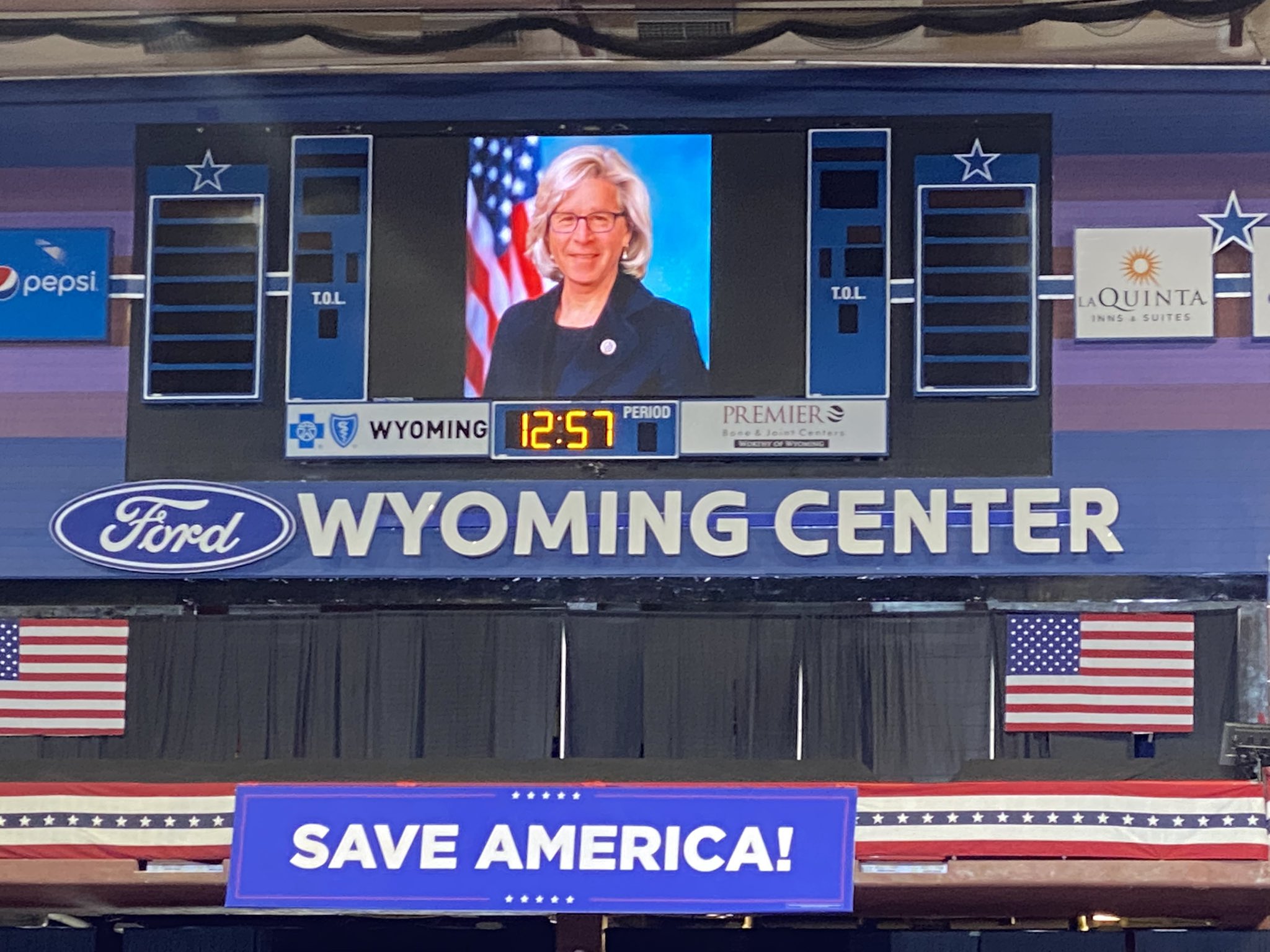 And Trump loved the photo:

President Trump says @RepLizCheney is looking nice as he’s looking at a meme from @grandoldmemes. pic.twitter.com/u8IumFqJTy

He makes politics fun, and that gets more people engaged, and excited to get rid of these good-for-nothing RINOs.

And that’s exactly what we need to do if we hope to win against these evil globalists.