Hillary Clinton’s lawyer was found “not guilty” of lying to the FBI in the Russia hoax case.

But before you get too shocked, please remember who was sitting on this jury:

TURLEY: “I mean, he is facing a jury that has three Clinton donors, an AOC donor, and a woman whose daughter is on the same sports team with Sussmann’s daughter. With the exception of randomly selecting people out of the DNC headquarters, you could not come up with a worse jury” pic.twitter.com/RHqen6AMAc

Furthermore, why didn’t Durham push for the recusal of Judge Chris Cooper in the Sussman case?

– Cooper was professional friends with Sussmann

– Cooper and his wife were married by Merrick Garland

– Cooper was appointed by Obama

And what was with that jury?

The whole thing smells as rotten as the swamp.

Does this mean nobody on the right will ever see justice or get a fair trial in DC?

That’s precisely what it means, but you already knew that… and President Trump knows it, too.

His response to the verdict was nothing short of scathing.

How Trump managed to take down Joe Biden and the entire Deep State apparatus in one Truth posting on Sussman, is quite remarkable.

Here’s what Trump said: “Our Legal System is CORRUPT, our Judges (and Justices!) are highly partisan, compromised or just plain scared, our Borders are OPEN, our Elections are Rigged, Inflation is RAMPANT, gas prices and food costs are “through the roof,” our Military “Leadership” is Woke, our Country is going to HELL, and Michael Sussmann is not guilty. How’s everything else doing? Enjoy your day!!!” 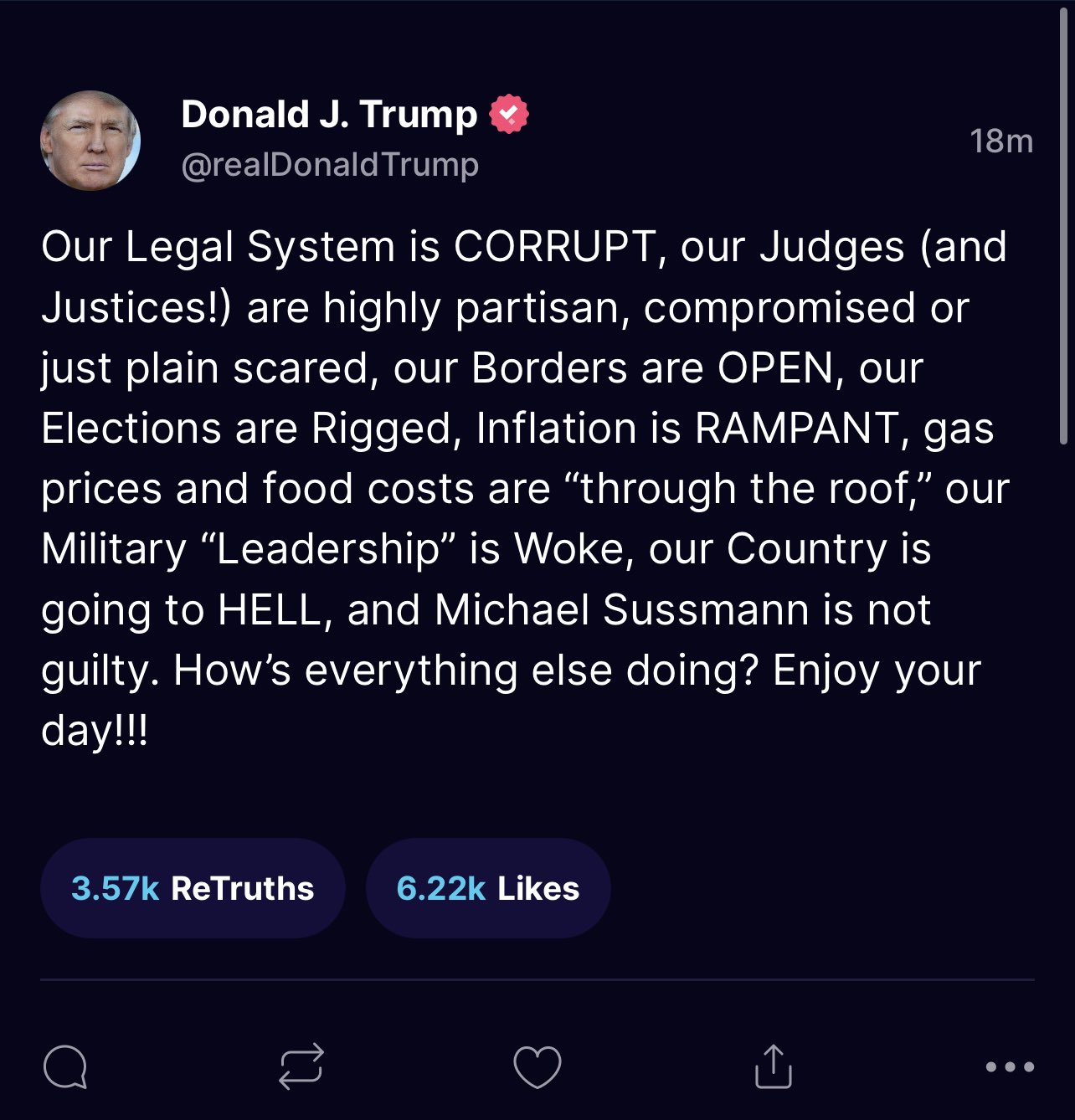 I don’t blame President Trump for his outrage.

I think we all feel that today, but again, sadly, this was expected.

It would have shocked me if they had found him guilty, to be honest.

The verdict today with Sussman is a perfect example of why someone like Hillary Clinton will never be locked up. These scumbags will get their justice in the afterlife, and we just have to accept that for now… Unless something DRASTICALLY changes with our country.

The swamp protects their own.