If you really pay close attention to what goes on out there in the conservative media world, what I am about to tell you will not be a surprise.

But, most people don’t have the time or energy to pay really close attention to all the political nuances going on within right-wing media circles, so most of you will probably be pretty shocked.

I am sure you’re familiar with the “conservative” website “Daily Wire,” correct?

It appears they’re the only right-wing site that isn’t being throttled and censored on Facebook… the rest of us are out there fighting to keep our heads above water, but Daily Wire is soaring.

For a while now, it’s been a mystery how Daily Wire is so successful in this anti-conservative world we all live in, but we may have the answer now.

MORE NEWS: The Truth About What’s Really Going On With All The “Trump vs DeSantis 2024” Talk

I am fully aware Daily Wire is not a “pro-Trump” site.

Many of their writers, like Matt Walsh, Erick Erickson, and Ryan Saavedra are not Trump fans, and never have been.. and if they voted for him, it was probably done really reluctantly.

But I didn’t realize Daily Wire was on a secret anti-Trump mission?

That’s the accusation from a “whistleblower” who shared what they claim are “internal emails” from cofounder Jeremy Boreing.

The other co-founder of The Daily Wire is Ben Shapiro, and he refused to vote for Trump in 2016 but says he voted for him in 2020.

But according to this whistleblower, co-founder Jeremy Boreing admitted his site is anti-Trump” in an email.

Not only that, but it also appears that he thinks most Trump supporters are “racist.”

This information came to light when filmmaker Amanda Milius, who made the hit film, “The Plot Against The President,” got into a Twitter scuffle with Mr. Boreing when she called him and Daily Wire’s Ben Shapiro out for the article they wrote back in 2016, claiming Trump would not transform the SCOTUS:

You called me a liar and now, now I’ve got whistleblowers and you, @JeremyDBoreing you’re entering what we call a world of pain. You should spend the rest of the day in silence contemplating your stupidity on the Tree of Woe.@realDailyWire wasn’t created as an anti trump rag? https://t.co/dvSNMdyBdP pic.twitter.com/yofXYbcpqw

Here’s a closeup of the emails:

If this email is true, and as of his publishing Mr. Boreing hasn’t commented on it, it would appear that Daily Wire has a very hidden agenda? 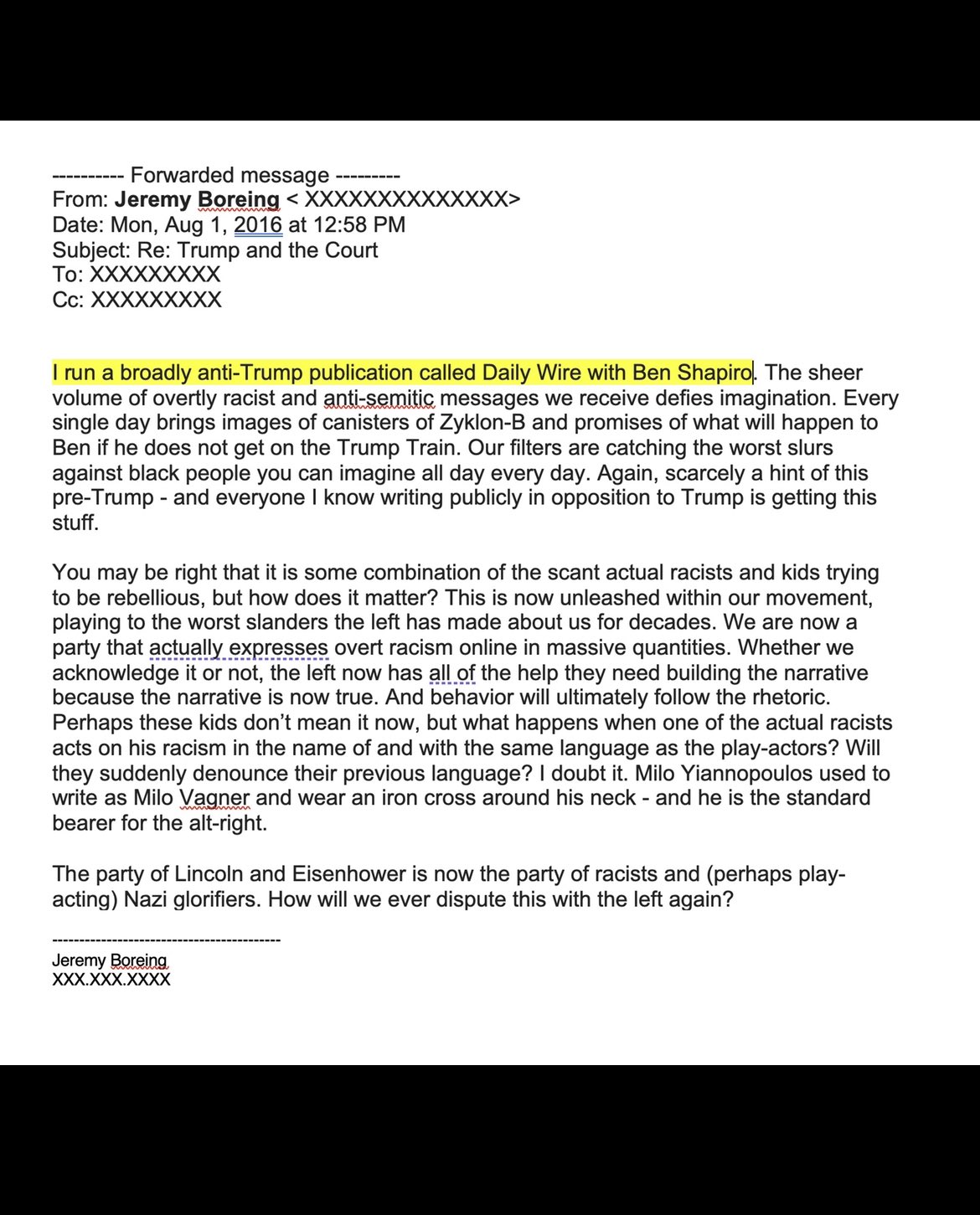 Jeremy (and Ben) also made it clear back in 2016 that President Trump would NOT change the SCOTUS. Boy, were they wrong on that one, huh?

TDS can really cloud your judgment. 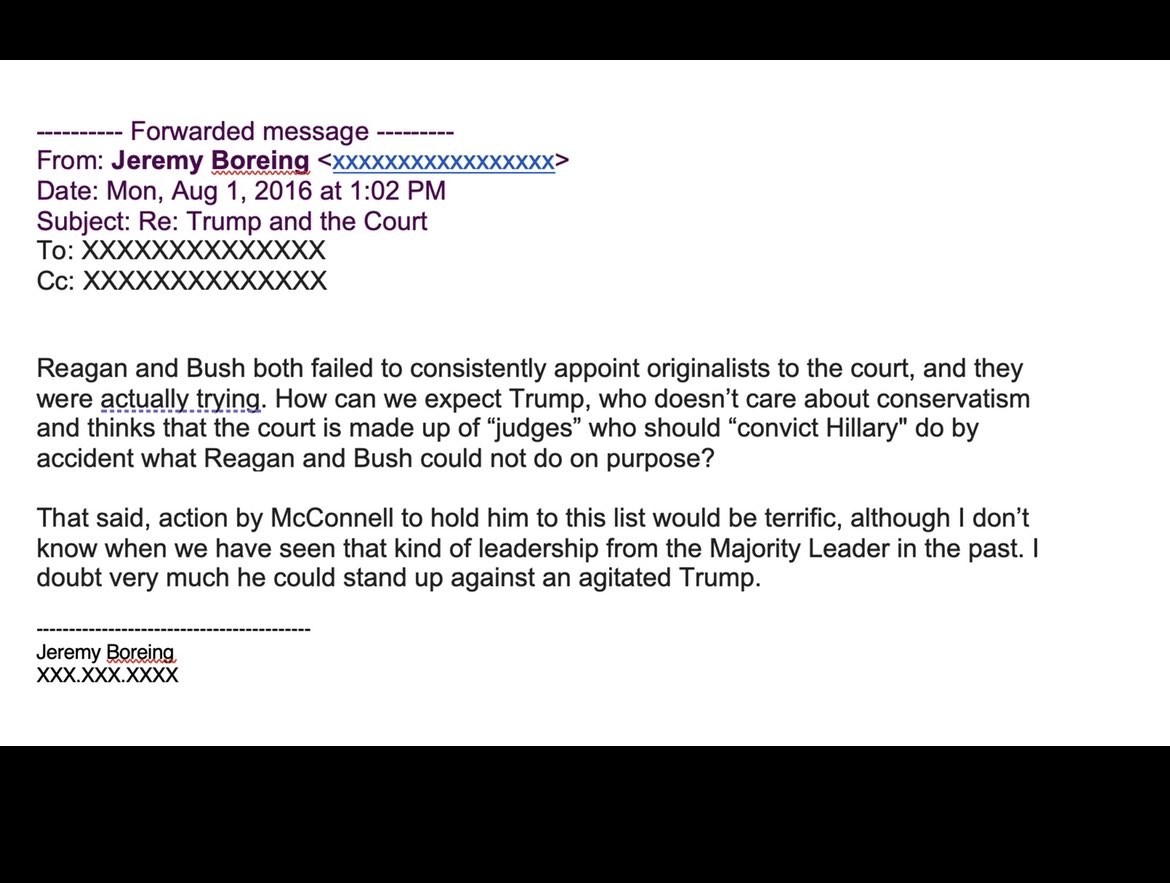 One could argue that if Daily Wire is touting to people behind the scenes that they’re “anti-Trump” it could gain them some favor with the Big Tech guys.

Sadly, the rest of us, who are supporting Trump and the América First movement, are sinking from mass censorship.

It’s scary to think, but if the “conservatives” over at Daily Wire had gotten their way in 2016, today’s Roe v Wade decision wouldn’t have happened.