The J6 Sham Trial is still going on.

That’s right, as inflation soared to the highest levels in 41 years, gas prices are now averaging $5.00 a gallon across the country, and we’re in a housing mess from hell, what are the Dems and RINOs focused on?

Something that happened nearly two years ago…

The day Chuck Schumer’s fax machine was vandalized and someone stole Pelosi’s lectern.

Yes, what a calamity. Worse than 911, and Pearl Harbor… bla bla bla

The true crime and sadness of that day was the murder of an innocent, unarmed Trump supporter by the name of Ashli Babbitt. That’s what should be investigated, but of course, the sham committee doesn’t care about her.

They’re out to “destroy” President Trump for the umpteenth time.

And this time, they’ve used taxpayer dollars to hire some ABC producer to make it look like “must-see TV.”

Of course, that’s not working.

Even still, President Trump is shaking things up, like you knew he would.

Trump is now making a demand that he get “equal air time” to rebut the lies being spewed at this goofy hearing.

Trump took to Truth, where he listed his demands: 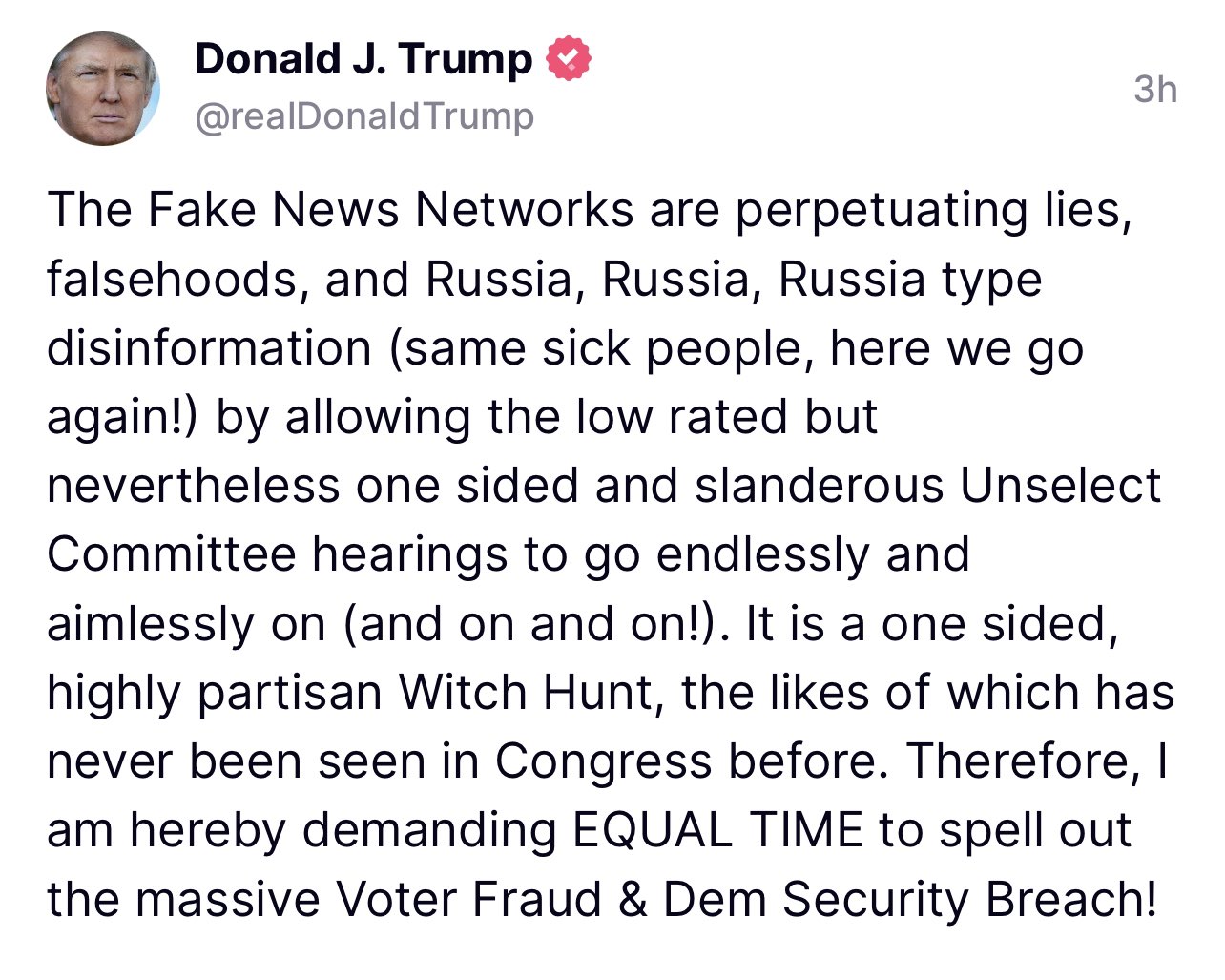 He has every right to demand this, and I am thrilled that he has.

Let’s see how the January 6th committee bozos respond to this… after all, they’re on a “fact-finding” mission, right?

Shouldn’t they welcome all input??