I know President Trump is being humble right now over the Roe v Wade decision.

The conservative-led SCOTUS just struck down the shameful 50-year-old federal law, and now states will decide the fate of abortion.

This is Trump’s legacy.

None of this would have happened without him. This historic conservative culture-war win is all because of him and what he assembled inside the SCOTUS.

MORE NEWS: Pelosi Can’t Utter a False Word About Roe v Wade Decision Without Prof. Turley POUNCING All Over Her

So, when he was asked about it, and what “role” he played in this whole thing, President Trump very humbly gave the credit back to God.

He said, “God made the decision.”

Here’s what else he said:

Here’s a closeup of Trump’s statement: 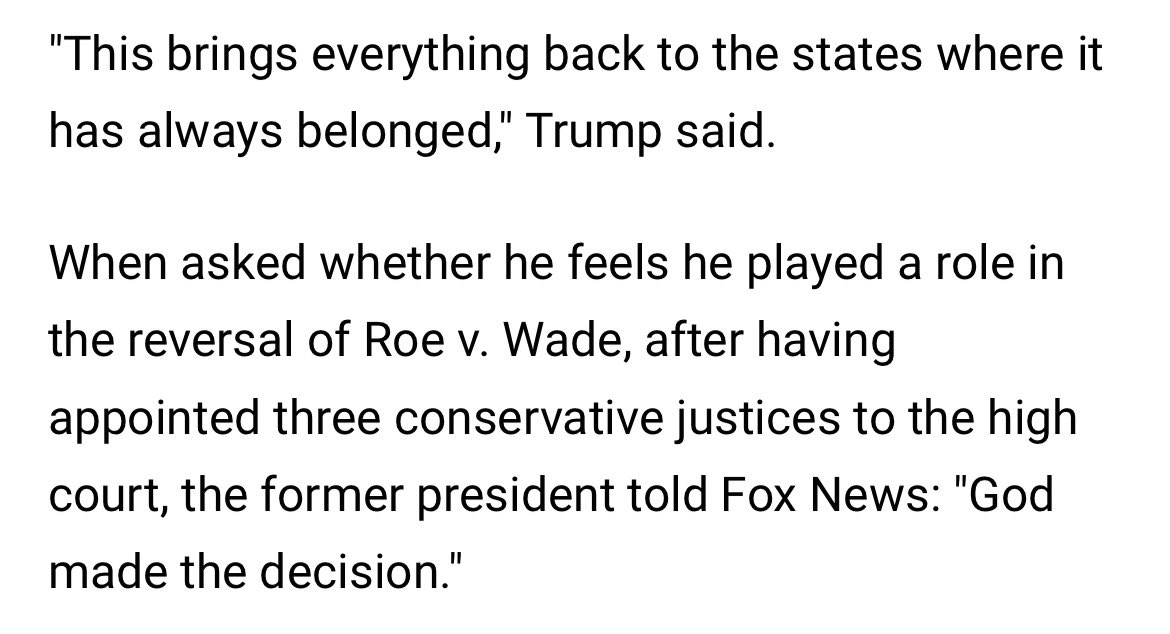 It’s rare that a president gets a legacy like this… something so massive and defining.

And nobody deserves it more than President Trump.

He’s not only the best president this country has ever had, but he’s also the best conservative the Republican Party has ever seen.

Truly remarkable, and I am so happy that he’s got such a powerful and important legacy.