It’s so easy to look at a photo and draw an assumption.

I do it, we all do. And while most of the time we’re right, sometimes we all get it wrong.

And this is one of those times where we all got it wrong.

As you likely know, the Uvalde police made a lot of mistakes regarding the “protection” of the children during the school shooting.

There are a lot of questions about what they did and didn’t do, and they should investigate the entire situation from top to bottom.

But things got a lot worse when a newspaper got a hold of the video recordings from inside the school on the day of the shooting, and they released them for the world to see.

It horrified people as they watched cops standing in the hallways, getting hand sanitizer, and checking their phones, while kids were being shot and killed in the classroom.

This photo of a cop looking at his phone got folks really upset: 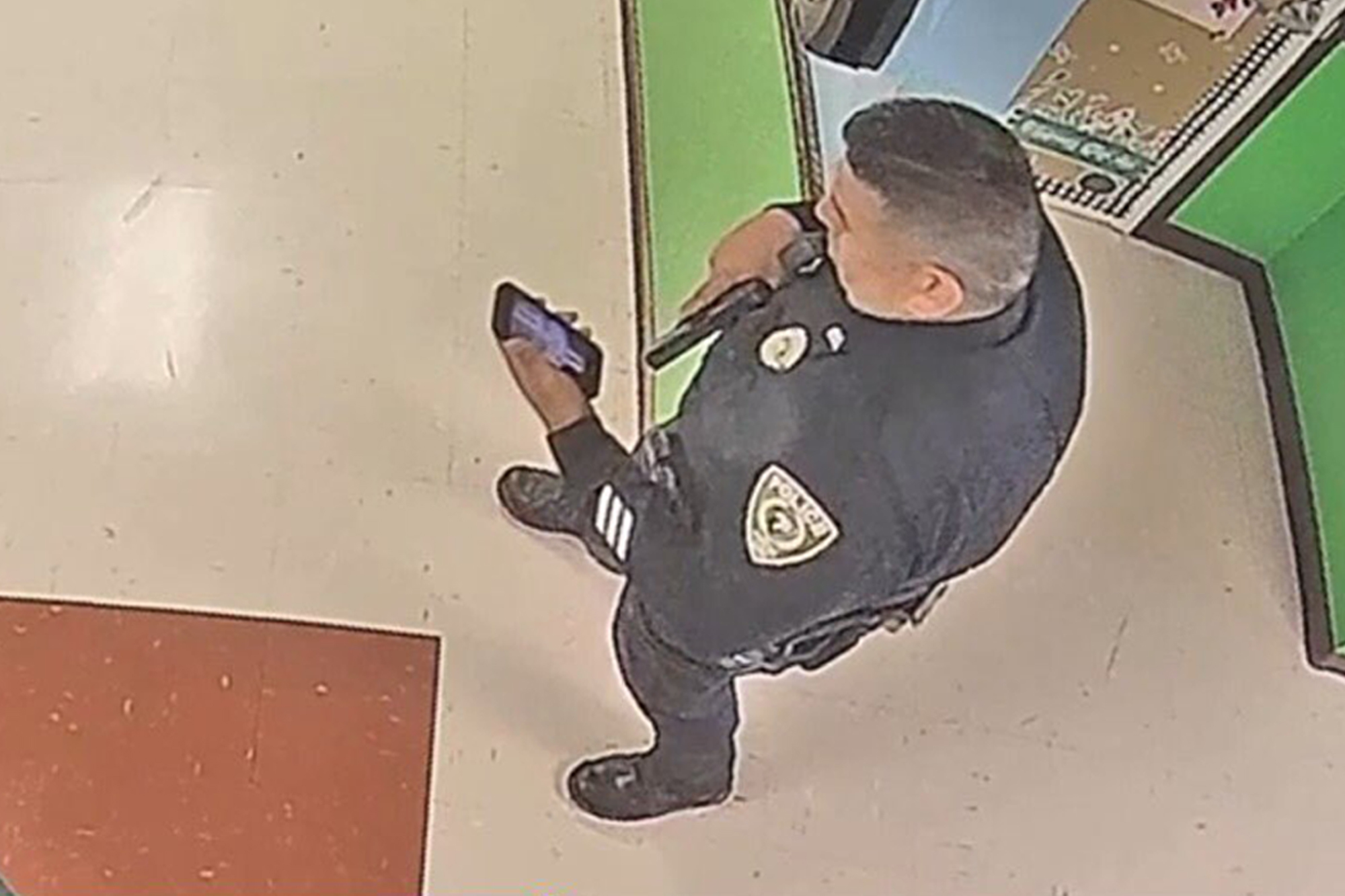 That photo became the “face” of the cowardly response from Uvalde police.. a cop just standing there, looking at his phone while innocent people died.

It was a horrific image.

But it was wrong.

We all got it wrong.

That man’s name is officer Ruiz, and his wife, a schoolteacher at the school, died that day.

But before she died, she was sending him text messages, letting him know what was happening inside, and telling him she was shot and was dying.

That’s why he was looking at his phone.

Radar Online reported that officer Ruben Ruiz, one of the many police officers seen in the newly leaked footage from the Uvalde school shooting, was the husband of one of the teachers killed in the massacre, Radar has confirmed.

In the footage, numerous Uvalde, Texas police officers were seen running away from the classroom as 18-year-old Salvador Ramos murdered 19 children and two teachers inside.

The leaked footage also showed one officer – since identified as Officer Ruiz – idling in the hallway and checking his iPhone repeatedly while the students and teachers were being murdered mere feet away.

According to an official timeline published by the Associated Press, Ruiz was seen checking his phone in the hallway at 11:38 AM.

Ten minutes later, outside the school at 11:48 AM, Ruiz was told that his wife had been shot. Ruiz ultimately attempted to re-enter the elementary school to take down the gunman, but was reportedly restrained by other Uvalde officers.

“As he tried to move forward into the hallway, he was detained and they took his gun away from him and escorted him off the scene,” Texas Department of Public Safety Director Colonel Steve McCraw also revealed regarding what happened after Officer Ruiz attempted to re-enter the building.

There is a lot of valid criticism against the Uvalde police, but this image of a cop checking his phone is not part of that.

This was a husband, clinging to the last moments of communication he had with his dying wife.

A picture can tell a story, but sometimes, it doesn’t tell the right one; you need to look deeper.

This was one of those times.