Another shot from the Highland Park mass shooting.

Hadn’t seen this clip on here.
Sounds like nearly 60 shots fired in this one alone. pic.twitter.com/X66gqEiGHD

Almost instantly, the left began blaming the right, claiming the shooter was a Trump supporter.

They dug around on his social media and found this photo of him at a Trump rally.

This photo of the shooter at a Trump rally fooled many on the left.

They don’t realize who the “Waldo” character is, and that the young man is actually mocking Trump supporters.

MORE NEWS: [VIDEO] Once Again, Nurse Jill Had to Step in And Rescue Joe During His “July 4th” Speech

Independent journalist Mike Cernovich pointed that out in a tweet: “You’re too young to remember “Where’s Waldo.” He’s mocking Trump supporters. However maybe one or more people gage video from this day? If you recognize this event, or know someone who does, please check.”

However maybe one or more people gage video from this day? If you recognize this event, or know someone who does, please check. https://t.co/w4wbg8HCDl

There are other photos of him mocking Trump supporters and “liking” many tweets supporting the J6 committee.

Congresswoman Marjorie Taylor Greene shared this tweet and said this:

“Now that we have cleared this up, release his history. All of it. Drug history, prescription drug history, mental health history, school records, arrest records, how many times he talked with LE or FBI? Everything. Is everyone to afraid to talk about side effects?”

Now that we have cleared this up, release his history.

Is everyone to afraid to talk about side effects? https://t.co/twRg3esjIY

But it was the shooter’s friend who actually settled the argument once and for all.

He wrote a series of tweets that explained the mindset of the shooter.

The friend explained the shooter was not political at all. He wasn’t a Trump supporter, and he wasn’t a left-wing “ANTIFA” type, either.

He was just a really confused, mentally screwed up guy, who has been slipping into emotional and mental sickness for a while now.

Here’s what he said: 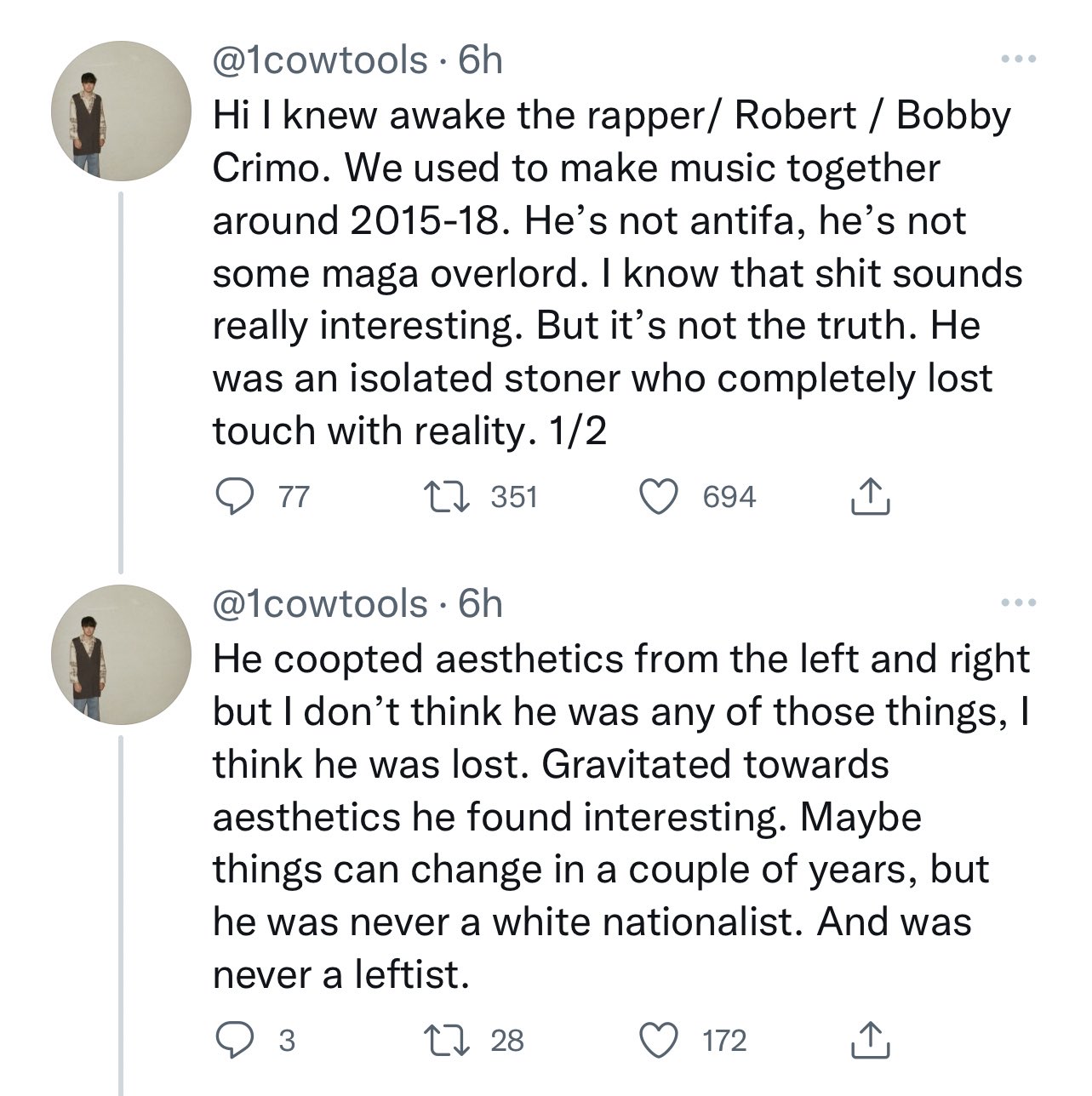 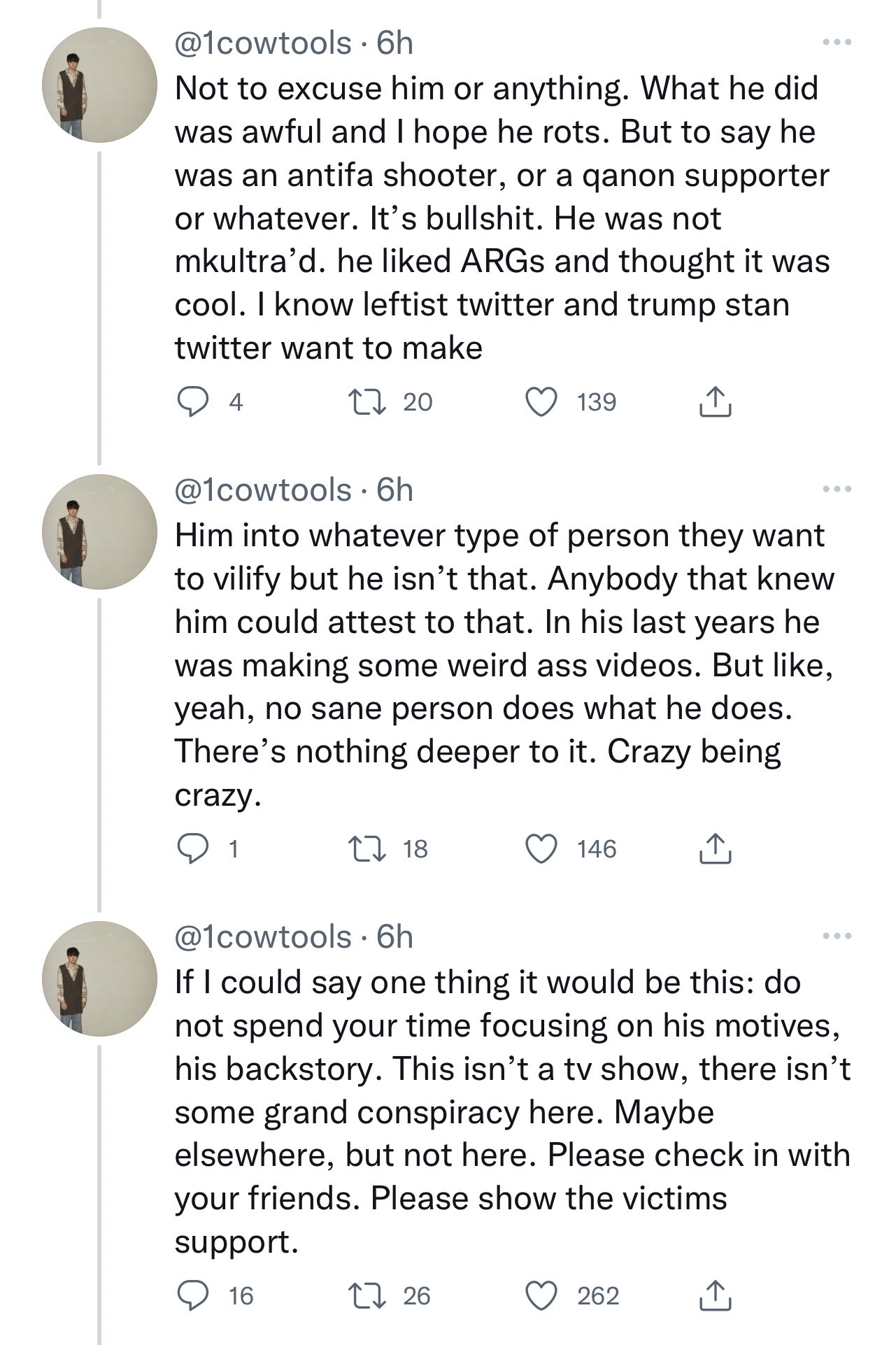 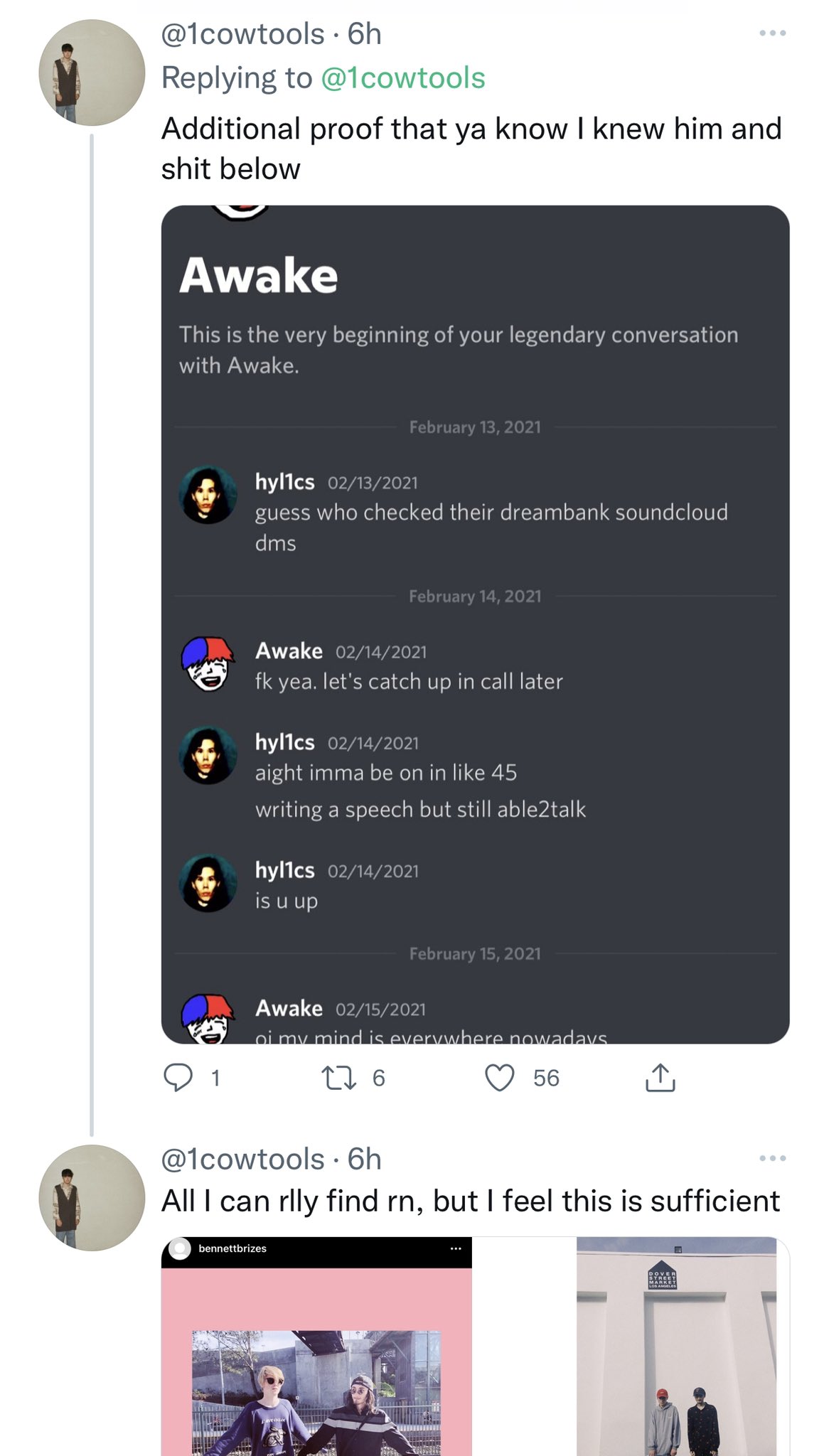 One of the most concerning things we’ve discovered about the shooter is that he was “known to law enforcement.”

Why does THIS keep happening? These mentally deranged shooters are always “known” to law enforcement, yet they still end up shooting people.

Crimo was a prolific poster online where he apparently went by the name “Awake the Rapper.” His videos foretell his alleged violent acts. In one, he appears to dramatize a school shooting. In another video, Crimo appears to animate his own demise in a confrontation with police.

His postings informed the operation to arrest him.

Highland Park’s mayor Nancy Rotering also confirmed to WGN Investigates she has a connection to the suspect. She said his father unsuccessfully ran against her for mayor in 2019.

Investigators have only just begun to piece together the motive and method of this murderous rampage.

Police said the 22-year-old suspect was “known to law enforcement.” One question that will be asked in the days to come: Were they aware of the violent videos that have been online for many months?

This is footage of the shooter being apprehended by police:

Here is the arrest video of #HighlandPark mass shooting person of interest, Robert "Bobby" Crimo III. He gets out of a vehicle with his hands up and lays down on the ground per the police commands. pic.twitter.com/oAJJClzUr4

Independent journalist Pedro Gonzalez shared disturbing photos from the Highland Park shooter’s rap videos, and anyone who looked at these could see this kid was a ticking time bomb.

The last two pictures are from the Highland shooter.

“Three rappers, last two images are of the Highland Park suspect, who seemingly suggested in videos that he would do this. Creating new laws about guns is easy. Reckoning with a culture that actively promotes, encourages, rewards, and glamorizes depravity and nihilism is hard.”

Three rappers, last two images are of the Highland Park suspect, who seemingly suggested in videos that he would do this.

Creating new laws about guns is easy. Reckoning with a culture that actively promotes, encourages, rewards, and glamorizes depravity and nihilism is hard. pic.twitter.com/FCqDds7MQH

Here are closeups of the last two photos: 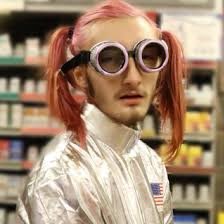 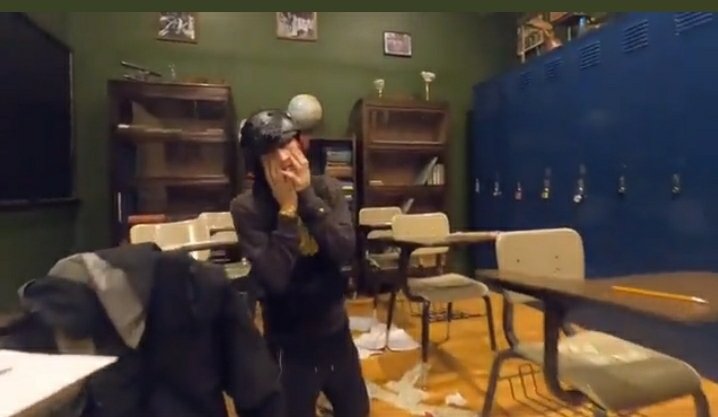 This school shooting image should have been a RED FLAG for everyone.

The left can falsely politicize these shootings and make all the “gun laws” they want, but it won’t stop mentally sick, nihilist losers from hurting others, unfortunately.

The only way these are going to stop is if we actually address the root problem.

its mental illness, drugs, a feeling of hopelessness, and a lack of God in their lives.