Did you hear about Joe Biden’s “cancer?”

According to Biden yesterday, he has (present tense) cancer, thanks to “oil slicks” that would collect on his mom’s car windshield back in Delaware.

Yep, that’s the story he told at a presser to promote his new tyrannical “climate cult” emergency.

Joe Biden leaves crowd STUNNED and wondering whether he’s just battling with the teleprompter AGAIN when he announces he has CANCER:

“That’s why I, and so damn many other people I grew up with, have cancer.”

Honestly, most people figured Joe has dementia and doesn’t know what the hell he’s talking about, and dismissed his “cancer” declaration.

But that’s the even more disturbing part of this.

The entire world realizes Joe Biden’s brain is mush and doesn’t believe anything he says, and doesn’t take him seriously.

Imagine trying to “negotiate” from a place like that?

Give me a break.

But wait, it gets worse.

So, the story Joe told about him and his Delaware pals all having cancer thanks to oil slicks on windshields is actually an oldie but a goodie.

Apparently, Joe’s been telling this story for a while now, only in the past version, the oil slick didn’t cause everyone in Delaware to get cancer, it caused asthma.

We've heard this story before…

BIDEN IN APRIL: "I have asthma and 80% of the people who, in fact, we grew up with have asthma."

BIDEN TODAY: "That's why I and so damn many other people I grew up with have cancer." pic.twitter.com/8farOJVAfl

Can you believe how bad this guy’s mental state is?

Let me remind you of what Joe was saying last month: 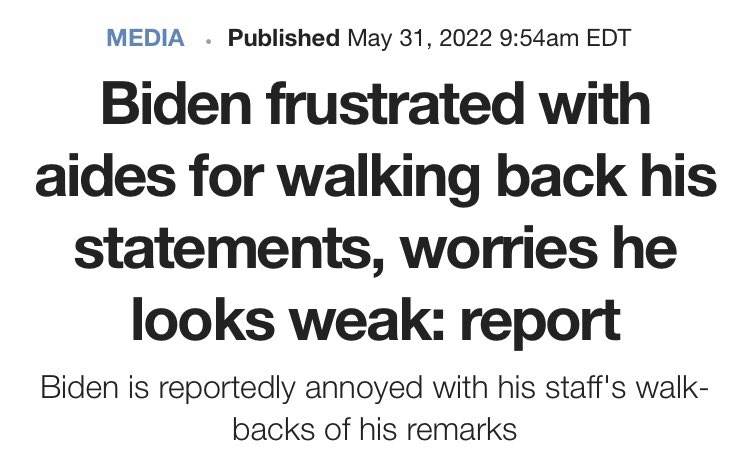 Joe is in such bad shape, and so far gone, that he doesn’t even realize there’s a problem.

But we all see it, and the only reason it’s allowed to continue is because of our shameless media.

The most pathetic part of this story is how the fae news media jumped into “action” to save Joe.

It was quite a sight to behold.

WAPO came out immediately and called it “dumb” to even question what Joe said, and claimed he was referring to some skin cancer he had removed.

That’s not what Joe said.

He said he HAS cancer now, and an oil slick on his mom’s windshield caused it.

That’s what he said, but as usual, the media wants us to ignore what Joe actually said, and just go with whatever they make up.

How dumb is this tweet? Check out Biden's medical report. Before he became president, he'd had non-melanoma skin cancers removed. Has no one at @RNCResearch ever had this common procedure? https://t.co/TS9VWtKcYC https://t.co/itklkVZIor

What WAPO did yesterday was one of the most shameless, blatant, and despicable displays of fake news and propaganda media we’ve ever seen.

The media is not getting better since ousting Trump, they’re worse.

They’re literally turning themselves inside out to try to protect this senile Alzheimer’s patient, and it’s beyond maddening.