There’s one thing I can tell you about Liz Cheney, she does NOT want to leave Congress.

As a matter of fact, she’s desperate to stay and scared that this could be the end for her.

Liz thinks pictures of puppies and kissing babies will be enough to win the primary, after she’s stabbed so many voters in the back.

You can imagine what the backlash was like, right? Fast and furious:

“You serve only yourself, and I feel bad for that poor dog”

“She has already lost. her days are over and she just can’t face that right now”

“Even if they let dogs vote I don’t think there’s enough of them in Wyoming to give Cheney the win.”

I saw this meme and had to chuckle: 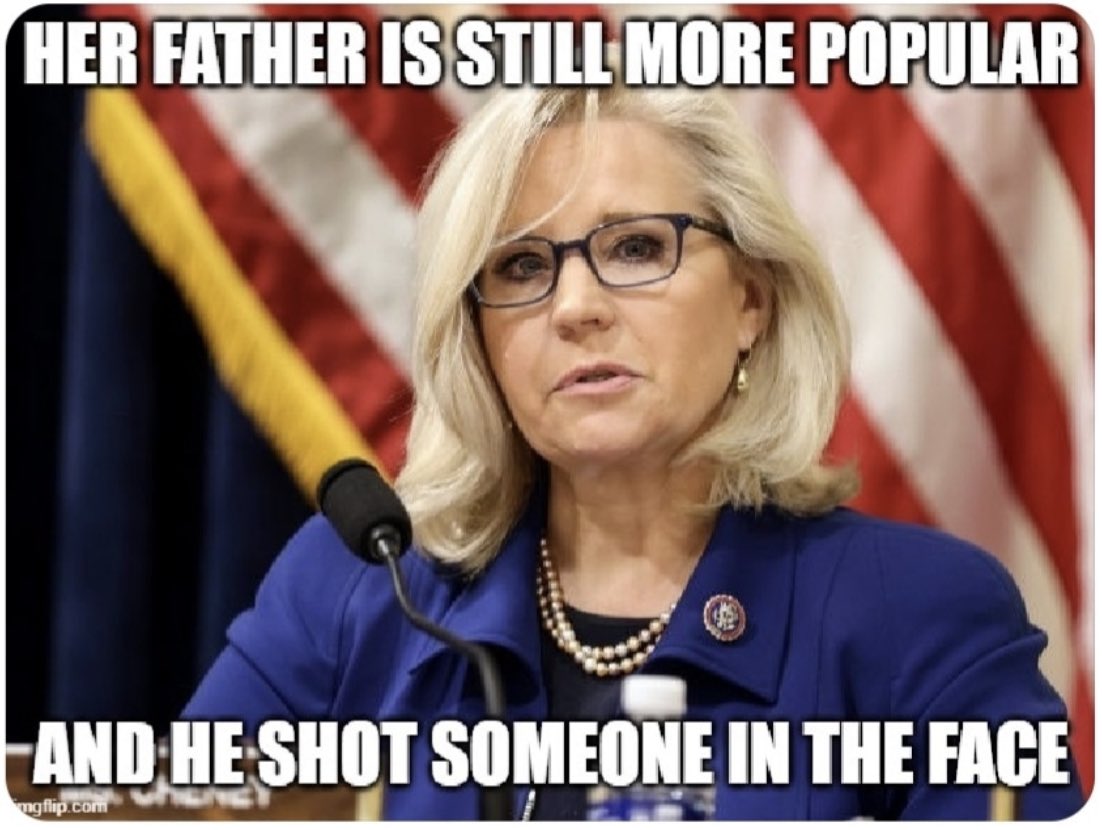 One of the greatest moments of the “midterm” election cycle will be watching this traitorous globalist warmonger lose her seat and slither out of the Swamp on her belly.

Good riddance to the worst rubbish, ever.