Sometimes I can’t believe that mainstream media reporters still wonder why Americans dislike and distrust them so much.

Most of them are in denial, but when the polls come out and show just how much Americans dislike them, they usually shrug it off as useless hillbillies complaining and blame it on Trump.

But it’s much worse than that.

Journalism, a once well-respected profession, has turned into a complete joke, thanks to the partisan clowns who all caught Stage 5 TDS when Trump splashed on the scene and haven’t been able to “pull it together” since then.

Our media doesn’t exist to share the news anymore.

It’s just a political SuperPac filled with radical activists masquerading as “journalists” who are pushing the left-wing progressive religion.

And they behave this way all the time… in both big and small ways, but their activism is always present.

Just look at this Reuter’s reporter by the name of Patricia Zengerle, she crafted a tweet that earned her a legendary amount of mockery and backlash.

Patricia posted a photo of 8 elderly people holding flags at the Capitol and wrote a tweet about how “anxious” it made her.

Here’s what ace reporter Patricia had to say: “Yikes. Just saw this gang walking around the Capitol and had a wave of #Jan6 anxiety.”

My God, you can’t make this stuff up. Can you believe she was not embarrassed to post this?

That’s how much this woman is lacking self-awareness.

“And they actually wonder why Americans hate reporters… these clowns have ZERO self-awareness, and they live in a bubble with like-minded elitist turds.”

“I know that the American flag can be scary, but you’re in my thoughts and prayers during this challenging time.”

“So sorry this is happening to you. Stay safe, we’re all praying you make it through”

“Dear lord i hope youre safe – these senior citizens sure look dangerous. Paying for you and your fellow journos during this very trying time”

“I can understand your fear – the old lady back there carrying a flag larger than her own body must be an absolute beast.”

“My God, look out for the tiny one with gray hair! She looks iffy.”

“Hey Pat, just pull your COVID mask up and over your eyes”

We have the worst media, Just a bunch of self-centered, immature politically motivated dullards. 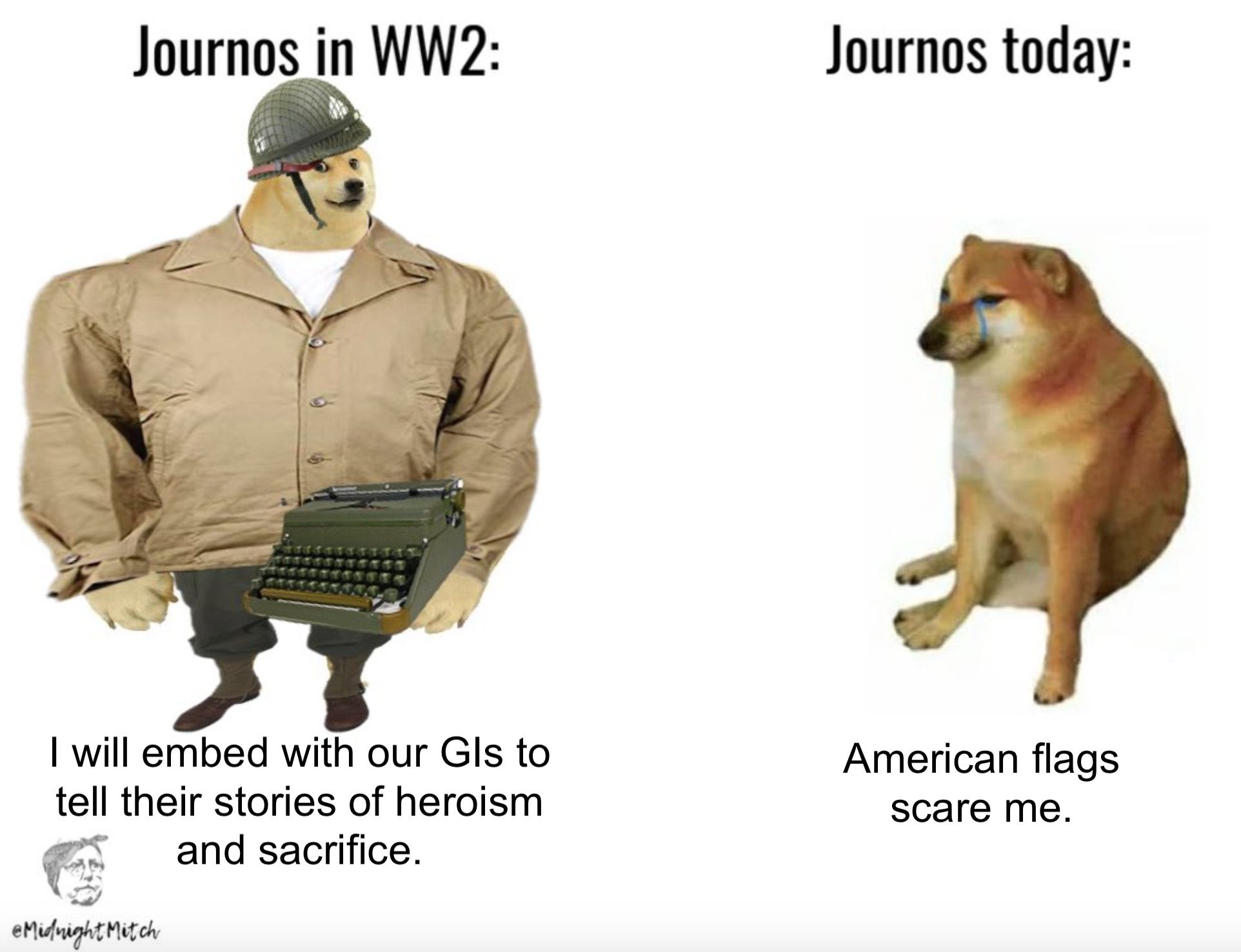 We have the most garbage mainstream media on the planet.

We need to trash it all and start over.