In case anyone was wondering, the MAGA movement is alive and well — actually, it’s better than that, the MAGA movement is on FIRE right now. And I gotta tell you, this feels good. We’ve waited a very long time to get revenge on the establishment traitors who wronged us, and now it’s happening, and we’re winning all over the place. The victories piled up in Michigan, Missouri, and Arizona last night. We took down a major RINO who voted to impeach President Trump. RINO traitor Peter Meijer went down to his Trump-backed candidate John Gibbs. But that wasn’t all.

Hey, along with the list below, let’s also throw in AZ House Rep 4 Kelly Cooper, who defeated Tanya Wheeless. Cooper is the self-funded vet and business owner who beat the RINO establishment-funded Doug Ducey candidate.

And President Trump just responded to his perfect win record last night with a post on Truth Social. 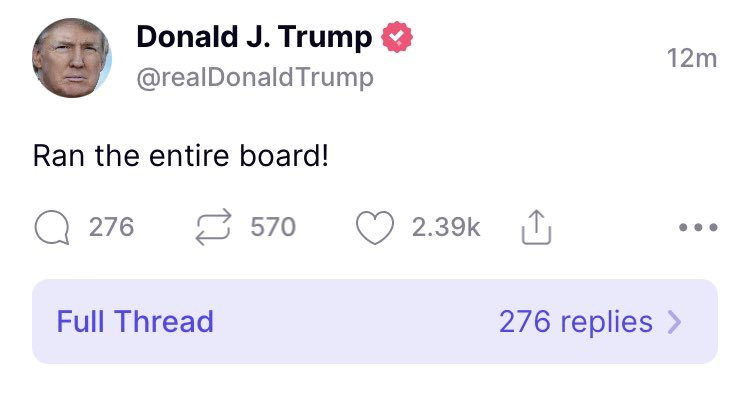 And this is exactly why RINOs like Mitch McConnell is worried. Their power play is about to be disrupted. President Trump is on a mission to control the entire GOP, and the biggest and boldest move he can make to do that is to get rid of turncoat McConnell as a “leader” in the Senate. With Mitch as the leader, almost every America First item will be blocked.

The biggest loser in the Missouri Senate Race was Mitch McConnell.

The top 3 vote getters yesterday all said they wouldn’t vote for RINO McConnell for Senate leader.

The MAGA and America First agenda will not advance will Mitch McConnell, Kevin McCarthy, and Rona McDaniel in leadership roles. It’s that simple, those three need to go, and yes, I know President Trump is soft on McCarthy, but on this, I strongly disagree with him. I think McConnell is an establishment shill, just look at how he treats Marjorie Taylor Greene.

He is not our friend, and he needs to go with the rest of the RINO trash.

After last night, the RINOs know exactly who’s in charge. Let’s not let up, we need to push harder and get these traitors out of the party, and out of leadership positions.