Joe Biden is an unpopular sham of a “president” and a very desperate man right now. He’s doing anything he can to get a bump in the polls and stave off the impending “Red Wave.” But his latest stunt, which will hurt the middle-class, but helps his elite white voters, has people really fed up and pissed off. Joe is now canceling a chunk of student loans, which will help a lot of very snooty rich young adults who spent a fortune to get a degree in gender studies or “ancient tampon weaving,” and now they can’t get a job, and want their debt erased.

So now, these idiots’ poor decisions are the middle-class’s fault.

I don’t know why this is shocking to people, because all his career Joe Biden has been an elitist who dumps on the middle-class. That whole “Uncle Joe” and “Blue Collar Joe” stuff was a total joke and was really his way of laughing with his friends behind your back. Joe has always been a snobby elite — and more arrogant than your average guy, to boot. He’s still that same guy, only now, half of his brain has melted away.

I have seen many people talking about this “student loan” stunt that Biden is pulling just ahead of the midterms, and people are furious. But the tweet that I saw from President Trump’s #1 guy, Stephen Miller was probably the most spot-on and savage, so I wanted to share it with you.

Here’s what Stephen said: “So Biden wipes out working class savings with inflation, empties their wallets with gas prices, drains their resources with mass migration, floods their streets with crime, steals their kids’ education with forced masking and now forces them to pay off loans for Democrat lawyers.”

So Biden wipes out working class savings with inflation, empties their wallets with gas prices, drains their resources with mass migration, floods their streets with crime, steals their kids’ education with forced masking and now forces them to pay off loans for Democrat lawyers.

“The regime destroyed your business, killed your job, closed your kids’ schools, fired you for refusing an experimental shot, then refused to send you $2,000 check after ruining your life. And now you get to spend $10,000 to pay off the debts of a college grad making $120k/year.”

“Add all of the people over the decades who have paid their own tuition who are mad-as-hell at this student debt cancellation, subtract those who will benefit from it now, and that equals how stupid the Democrats are.”

“Canceling student debt is a tax on the most responsible people in the country. Forcing people who worked hard to repay their loans or those who didn’t have the luxury of going to college, to subsidize people who wasted $$$ on worthless gender study degrees is a slap in the face.”

“If you’re going to take hardworking Americans’ money to pay off your college debt, we are going to destroy your alma maters”

“Biden’s illegal move is grotesque classism. In his eyes, those who’ll end up paying are the tradespeople, the riff-raff, the great unwashed, the background noise, the dirty-handed types, whose role is to aid the self-dealing clerisy his party calls its base.”

These people are such a sham. Wait until the inflation goes up even higher. This is a disgraceful political stunt that will hurt so many hard-working Americans. 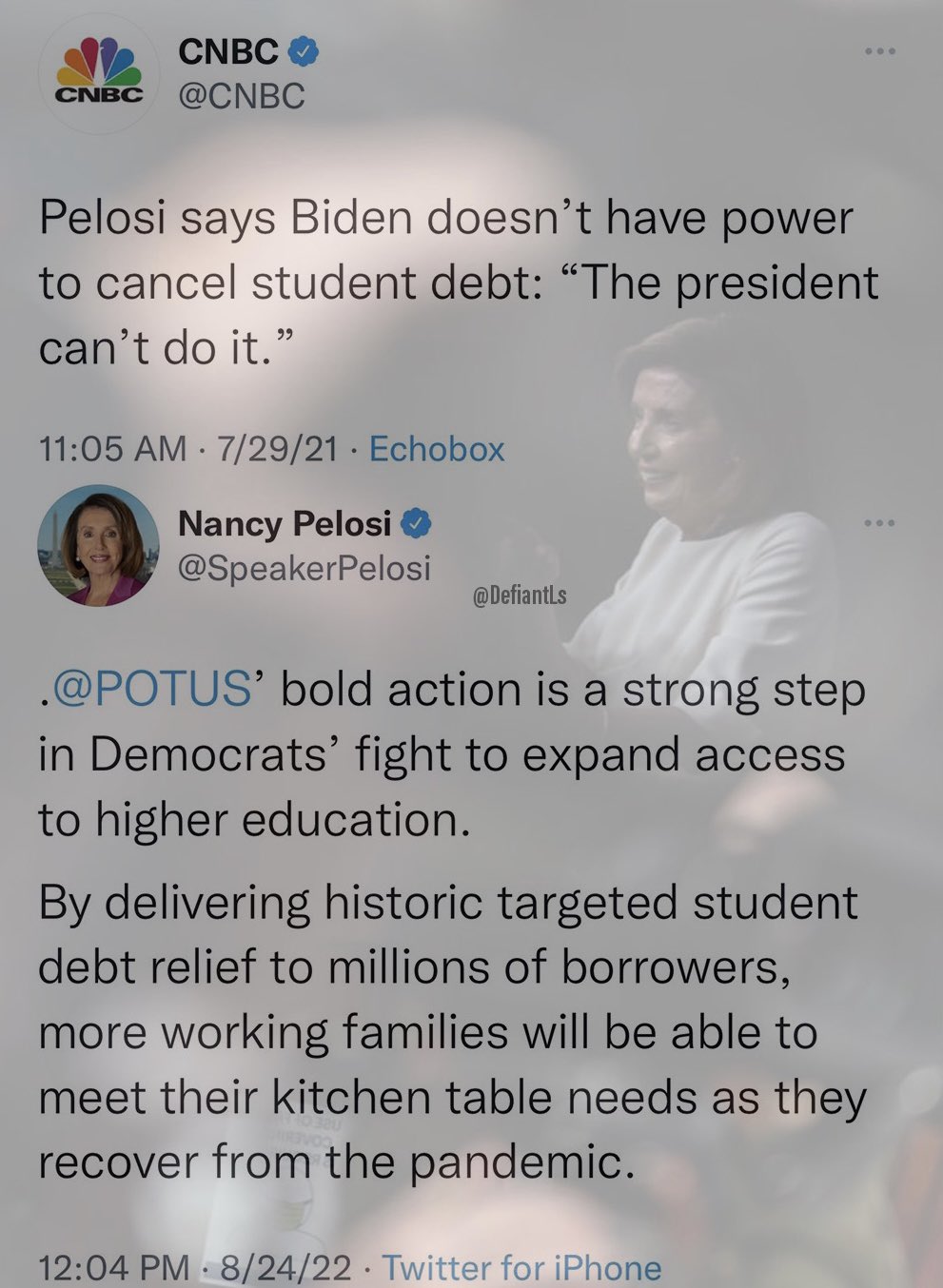 I really hope and pray that this is yet another reason to inspire every “red voter” to come out in droves and vote these elitist Democrat worms out of office.