I should start this off by saying I have never been a fan of Tim Scott. Actually, I can’t stand the guy. I have always thought he was an establishment NeverTrumper, who was about as “America First” as Liz Cheney or Mitt Romney are. They cut Scott from the exact same cloth as Paul Ryan. He’s not a fighter. He’s a weak, “that’s not who we are” old-school RINO. So, it doesn’t surprise me that he went on CBS as the so-called “Republican voice” and called on Americans to basically calm down and let this whole “raid” play out and not jump to any conclusions — as if we don’t have ample reason, like 4 years of a Russia hoax — to jump to lots of conclusions, Tim.

I just can’t believe there are people out there who think this clown would be a good president. Yes, he’d be great if you’re looking for a “Jeb!” type who will do NOTHING for the working class, and will kowtow to Dems every chance he gets because “that’s not who we are.” I can’t imagine a worse “president,” other than Nikki Haley.

And if you don’t believe me… Mitch McConnell sees Tim Scott as the “future” of the Republican Party. 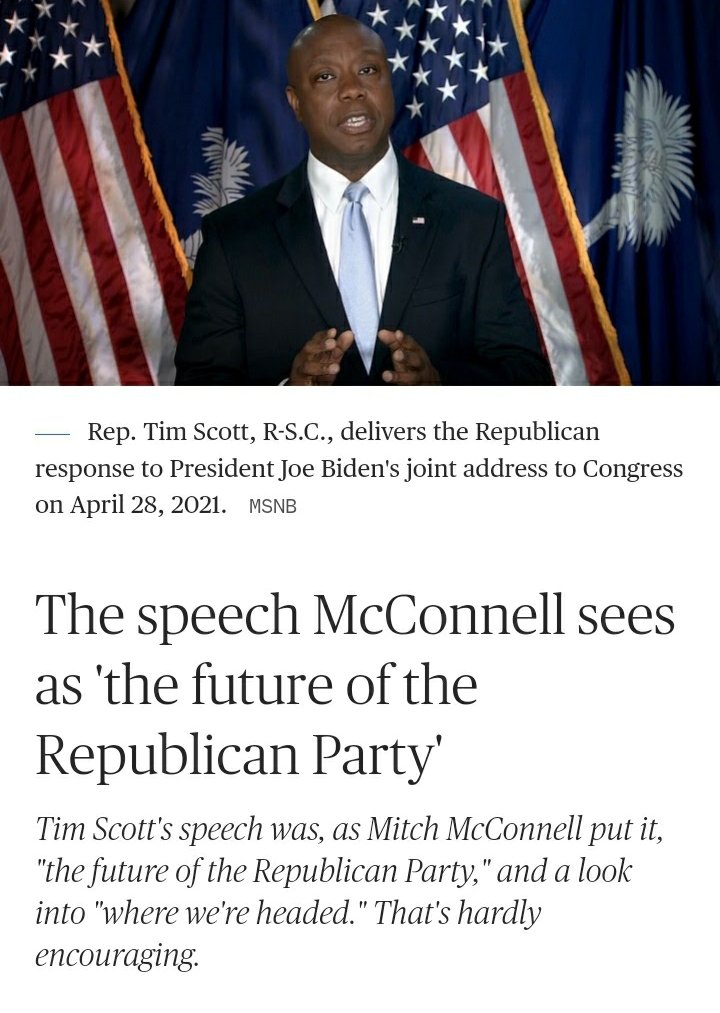 .@SenatorTimScott says the American public needs to let the FBI’s search and DOJ investigation of former Pres. Trump “play out” before jumping to conclusions — adding that this could raise more questions about whether the agency is “doing their job apolitical.” pic.twitter.com/pugU4PcKYe

“What is wrong with the people of SC electing these weak ass bums?”

“Wow, I guess I am late to the party, I didn’t realize Scott was a RINO. I do now. Bye, Felicia”

“oh no, i am so surprised. I never would have seen this coming from the honorable tim scott LOL”

“Your are a coward @SenatorTimScott If you don’t support Trump. Get the F▪︎ck out of the way! We see done with you backstabbing RINOS! You picked the wrong side!”

“Tim Scott and Lindsey graham are the worst GOP Senator duo in a very long time. These two idiots need to be primaried”

“So many warned us about Tim Scott, and so many of us didn’t listen, me included. I am officially apologizing to everyone who told me this guy was trouble. You were right.”

“how does SC have worse Republicans than UT?”

“You’re so finished, what a total disappointment you turned out to be!”

“This is the GOP Absolute losers”

Tim Scott is not a fighter. He’s a man who loves his own virtue more than he loves his country. He wants to be the guy that other weaklings look at and say, “You’re the voice of reason.”

Well, I am sorry to say this, but you can’t “reason” with communists who bust down your door and ransack your house.