If the Deep State (consisting of Dems, GOP establishment, and other demonic forces) thought they could attack our America First president, and his supporters would cower away, they were very wrong. If anything, this has united the Trump MAGA base and conservatives even more. After all, we’re used to these ghouls going after Trump, but this particular attack, raiding his home, was especially flagrant. They just keep upping the ante, because no matter what they do, they can’t beat him.

And trust me, they will probably arrest him. We need to be prepared for that because it’s likely coming.

Since the raid happened, MAGA has been showing its support for President Trump by donating money – he’s broken fundraising records – and heading over to Mar-a-Lago with flags, and banners. Well, that’s still happening, even though the raid was nearly a week ago. As a matter of fact, the crowds are getting bigger and more festive as the days go by.

On Saturday, Trump supporters lined the streets at Mar-a-Lago once again. They’ve been there all week, with no sign of heading home yet.

Yesterday, President Trump issued a powerful statement on the raid and the surrounding events: 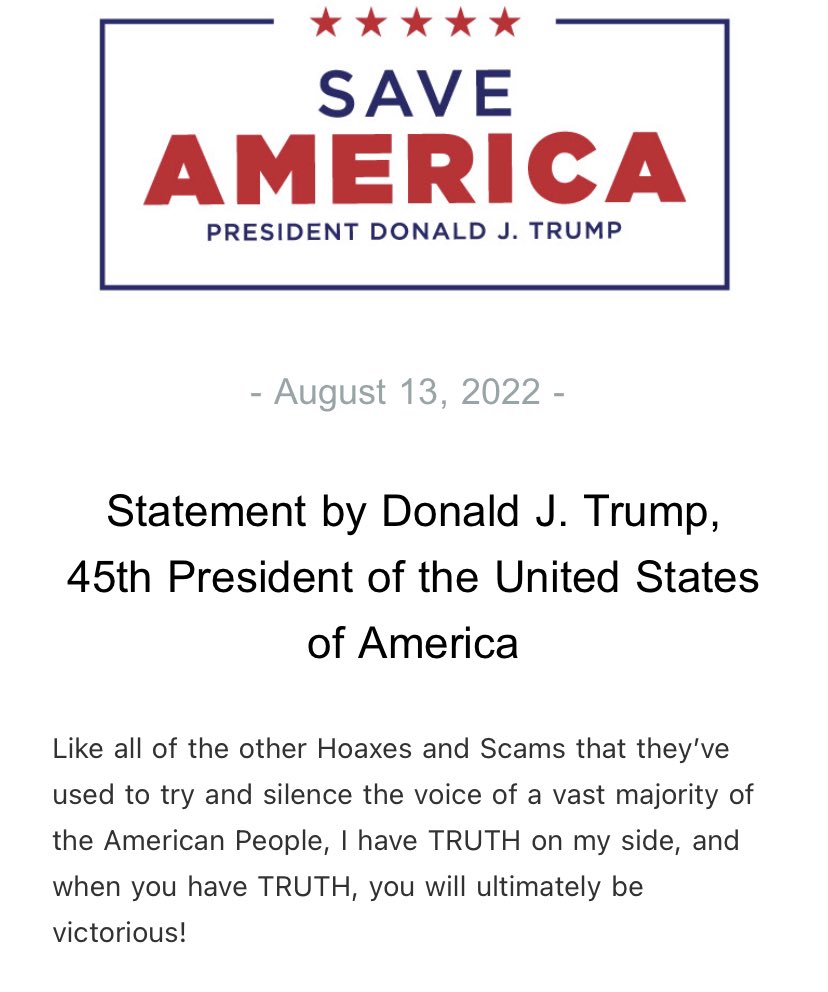 I really get why he named his social media “TRUTH.” It’s coming in very handy.

“Thank you for doing this,,the people of FL”

“Local news radio said it was only about 3 dozen that showed up. Looks like way more than that.”

“Most loved potus ever”

“Thank you to all of the Trump supporters we love you all .”

“When they come to arrest him it’s going to be another constitutional crisis.”

“If only we could rally this kind of support for the Jan 6 prisoners.”

“No road blocking, no damage to any cars, nobody is threatening violence, nobody jumping on cars or smashing windows”

“Notice they are not burning anything down”

I can’t think of a single politician who could weather even the smallest fraction of scrutiny and hell they’ve heaped on Trump for the past six+ years. They would’ve folded a long time ago. But not President Trump, he keeps fighting. But not for himself, for you and me… and that’s why there are still patriots outside of Mar-a-Lago, because we know how much he’s sacrificing for us and his country.