Thanks to the internet, and sharing info, more and more Americans are now wondering, “What the hell is on our food?” Why did we go from a relatively healthy and fit-looking society to a slovenly, fat one? If you look at pictures from the 30s and 40s, it’s amazing how small everyone looks. Nowadays, if you look at a crowd shot, a huge chunk of the people will be obese. Let me show you an example: 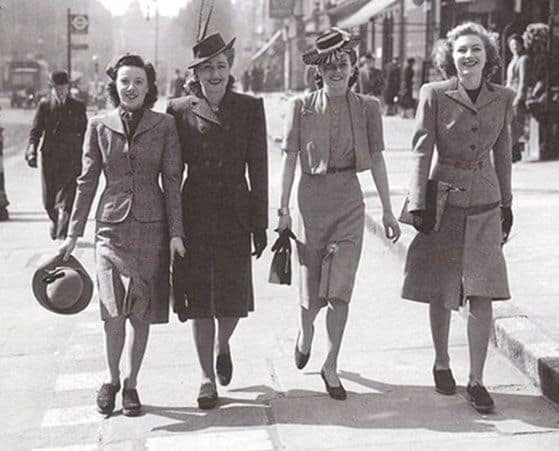 And here’s one from today: 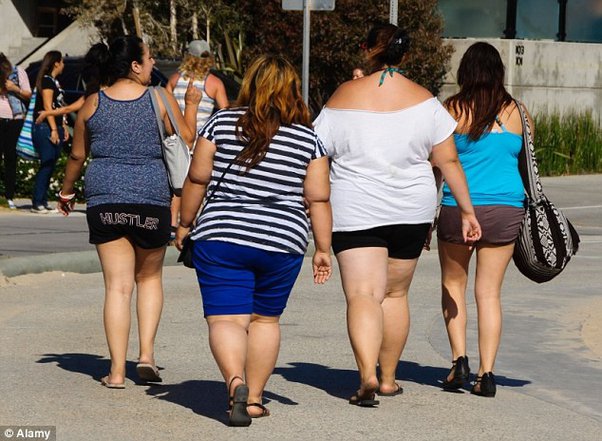 The difference is shocking and alarming.

I came upon this one tweet from an American guy who just traveled to Europe for a vacation. While he was there, he lost weight and felt great. The moment he came back home to the US, he got sick feeling. Why?

There are a lot of differences between how the US and Europe handle food. The U.S. tends to take a more reactive approach towards regulating food and beverage ingredients, while Europe takes a more proactive approach. Only additives proven to be non-harmful are approved for use in Europe, while in the U.S. food additives are innocent until proven guilty.

Just look at the difference between the American version of Kraft Macaroni and Cheese and Kraft’s “Cheesy Pasta” sold in Great Britain.

And the US is the hub for processed foods, which is causing a health crisis that’s off the charts. Heavily processed foods often include unhealthy levels of added sugar, sodium, and fat. These ingredients make the food we eat taste better, but too much of them leads to serious health issues like obesity, heart disease, high blood pressure, and diabetes.

So, besides all the processed foods, why are Americans so much fatter now than just several decades ago?

They are several important reasons:

Back in the old days, many of the jobs that were available involved hard physical labor. Fast food was not on every single street corner. And it wasn’t a staple, it was a “treat.” Back in the old days, most moms made a home-cooked every night for dinner.  There was no internet or video game culture, or streaming TV. Kids were not sitting around inside on their butts in front of a computer or TV. They were outside, riding bikes, or playing. This next one is controversial, but it’s true… Smoking cigarettes. It’s a well-proven appetite suppressant and back in the day, it was very acceptable. Schools had gym classes every day, and kids were very active. Kids didn’t get driven around as much as they do now. If they wanted to play with a friend, they walked or rode their bike to meet up.  And back in the olden days, if you were obese, it was shameful and viewed as a failure. Today, it’s either embraced or celebrated or seen as a disability and if you shame them, you’re a horrible person and a bigot. And last but not least are the supermarkets — that now carry a mind-blowing variety of processed foods, which as we mentioned above, are NOT good for you.

So, back to that interesting tweet I saw from the American who vacationed in Europe:

Here’s what Gabor said: “I was in Europe. Lost 10 pounds in under 2 weeks. Came back to the US. Inflamed and stomach is in pain. What the hell is in our food?”

I was in Europe. Lost 10 pounds in under 2 weeks. Came back to the US. Inflamed and stomach is in pain. What the hell is in our food?

Well, to answer his question quickly, there are a lot of additives, fillers, sugar, corn, and other garbage in our foods and it’s making all of us sick.

Here’s what others online are saying:

“As a European I had a similar experience when I visited the US. Healthy, unprocessed, food seemed much more difficult/expensive to buy. I don’t know if that comes from culture, regulations or industry practices but the US obesity problem suddenly made a lot of sense to me.”

“Euros much tougher on GMOs & other additives, for one thing. Id be interested to know mainly how their wheat differs. Also we have soy (gmo) in its various forms in literally almost every product here”

“True this! I was in Italy for 14 days basically on a pasta and pizza eating spree the entire time and I actually lost weight (considering a fair bit of physical work on the trip too) but I basically never felt bloated out of control or sluggish or horrible. It is very interesting”

“Non stop carb assault for 2 weeks in Rome. Gelato after every meal. Lost weight.. did a fair bit of walking tho.”

“Americans put stuff in your food that’s literally illegal in other countries, so… like your bread contains the same fillers used in yoga mats. That’s actually true.”

“My cousin goes to the UK for a few weeks every year and every time she comes back she complains about how everything tastes better there, even KFC. She won’t touch our bread anymore.”

“I used to work for the aircraft cleaning department at an airline. The first time I was sent up in a cherry picker to clean the windscreen of a 747, I was handed a can of Coke. “Only thing that gets the bird shit off the glass…that’s what Americans are drinking by the gallons full”

“I did exactly the same thing a month ago. Was in Croatia & noticed nearly everyone has a backyard garden or gets their food from local sources. Tomatoes & meat were fresher & better tasting than in the US. Felt groggy when I returned too. There’s a big difference in quality here”

“We are being slowly poisoned to make us good patients and customers of Big Pharma for the rest of our short lives. The food industry is in on it… they’re all working together…”

“we as Americans will do whatever possible to maximize profit and minimize cost, if that means using corn syrup instead of sugar or using gmos to bulk up those chickens, that’s what we are going to do. it’s all greed and profit.”

“High fructose corn syrup, for openers. It’s in EVERYTHING in the United States, far less so in Europe.”

“just think of coke tasting better in Mexico or Europe because it is made with sugar rather that corn syrup.”

“It’s the seed oil, sugar, and lack of walking. But seed oils are killing us. Europeans use more butter and (real) olive oil.”

“THIS is the question. One that should be seriously discussed. My daughter lived in China for 6 yrs. Suffered from debilitating cramps monthly b4 mo ing there. None while she was there. Came back to the US so did the cramps. There is something in the food”

“I eat all the pasta etc there and loose weight. People say oh you’re walking. Well here I do way more… our food is poison. Eat real foods and still have more issues. I am a doctor”

“A lot of these artificial dyes and flavors are linked to numerous health problems, including endocrine disruption, cancer, and general inflammation. – PFAS & phthalates (endocrine disrupters, carcinogens) widespread in water, no way to break them down, accumulate in plants + soil”

“I lose a lot of weight every time I go to Europe. It’s crazy. I was eating a dessert a day there. Croissants for breakfast every day. Went back for years, every time lost a good six pounds in a month.”

And on and on these comments went.

Clearly, something is very wrong in this country with the food we’re eating… and I’d like to leave you with this thought: those who control the food control the people.