UPDATE: Sadly, nowadays, you can’t tell what is real and what’s fake in many cases. People on both sides of the aisle get fooled all the time. It turns out the video that showed Joe Biden driving down Downing Street getting heckled with “Let’s Go Brandon” chant was phony. Someone “dubbed” the chant in.

Newsweek fact checkers said this: However, while “let’s go Brandon” (a mocking chant that evolved from a taunt of the president containing curse words) has been repeated during other presidential appearances, it wasn’t chanted near Marble Arch when the video was recorded.

The original, unedited, video footage, without the chant, was posted at 8:22am on September 19, nearly 14 hours before the “let’s go Brandon” version of the video appeared.

American President comes to a standstill in London traffic near Marble Arch. Might as well have taken the bus. pic.twitter.com/lJ2nNE5kC9

I can’t think of a President who has been ridiculed so much when he travels overseas, as Joe Biden has. Now, I know all leaders get ribbed and whatnot, but it’s different with Joe. This guy is heckled and disrespected everywhere he goes. Even to a Royal funeral, for crying out loud. He’s a total joke and nobody takes him seriously, and I really hope he knows that. Well, I am sure he heard those hecklers on Downing Street in London. They were so close to his car. There was no way he couldn’t hear it. I hope he seethed with anger and felt like a failure.

Sorry, I went to a dark place for a minute. Ha ha.

So anyway, Joe Biden was on Downing Street, I am not sure if he was coming or going from seeing the Prime Minister, or what he was doing there. God only knows. Joe “Mr. Green” Biden has been driven around all over the place, spewing his carbon everywhere lately, so it’s anybody’s guess. The point is, he was in the car on Downing, and he was passing a large group of Brits, and these amazing patriots stepped in for all of us Americans and unleashed the “LET’S GO BRANDON” chant.

Wasn’t that nice of them?

I gotta tell ya; I love the Brits.

“I love the English, but they can’t get the cadence right. But, still, I love the effort. Let’s Go Brandon!!!”

“He exudes weakness at every opportunity.”

“The whole words hates this loser”

“Do I get ice cream after the funeral, Mommy Jill??”

We owe the Brits a debt of gratitude for pulling that off for us. Thanks, mates! 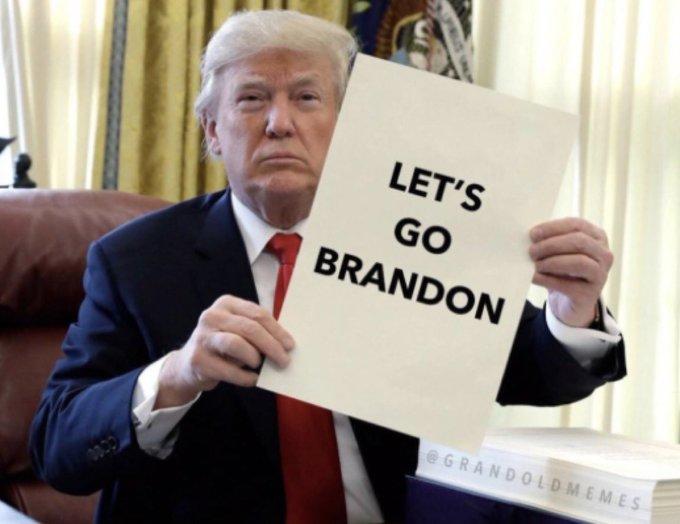