Joe Biden is coming under heavy fire right now for the way he voted in the Delaware primary. This mindless buffoon, who is always preaching about “saving the planet,” really showed his true colors. This guy, who throws a party while Americans struggle just to buy groceries, made one of the most lavish “Communist Leader” moves you’ll ever see, and Americans are pissed off. On the very same day that Joe Biden celebrated his massive climate spending bill and the “Inflation Reduction Act,” Joe Biden flew on Air Force One to Delaware to vote – emitting tons of CO2 — rather than casting an absentee ballot or voting early on any of his dozens of vacation visits.

“Rules for thee, not for me” has never been more apparent. The New York Post reported that White House press secretary Karine Jean-Pierre on Wednesday was forced to defend President Biden’s Tuesday evening trip to Delaware on Air Force One — on the taxpayers’ dime — to vote in the state’s Democratic primary.

Critics called it wasteful, noting Biden could have voted early when he was in the state last weekend.

Jean-Pierre told reporters during a gaggle en route to the Detroit Auto Show that Biden wanted to show “the importance” of voting and to “say hello to poll workers” who are “under attack.”

The president employed two motorcades and Air Force One, which costs about $177,000 per hour to operate, for his surprise trip to participate in non-competitive primary elections.

He also stopped by his Wilmington, Del., home for about eight minutes before returning to DC.

“As you know, the president has a very heavy schedule. He’s the president of the United States. It worked out best for him to vote yesterday, to vote on Tuesday,” Jean-Pierre told reporters.

This feeble, senile old man is shuffling around the country, screaming and yelling about Trump supporters being a “threat” to the very soul of this nation, while he spends our hard-earned tax dollars on his tyrannical whims, and imposes a communist “green lifestyle” on everyone, but does whatever he pleases… Because he’s Joe Biden, the entitled politician who’s gotten rich and powerful off the backs of the middle-class his entire worthless life. 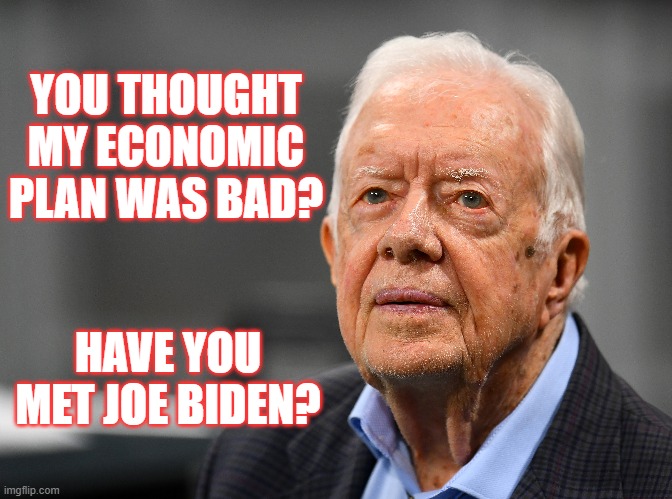