A man named Mario Zelaya has had it. He’s one very fed-up Tesla owner, and he’s taken to TikTok to vent about the nightmare that he’s going through. Mario says that he bought his Tesla 9 years ago for 140K. That’s an awful lot of money. My God, some people could buy a nice house with that money. So, trouble started, and his Tesla stopped working. It went completely dead, and he was told that he needed to buy a new battery for …. 26 thousand dollars.

But his beef with Tesla goes beyond just the dead car. He thinks there needs to be a recall, and he also thinks Tesla has been sweeping the issue under the rug. He also believes that someone has remotely locked his car; as he can no longer get into it. At all.

He’s now selling the car on Facebook Market Place for 19K, and the person who gets it will be responsible for opening it up and getting the new battery.

@supermariozelaya Replying to @Mario Zelaya Here’s an update and some clarifications on my dead 💩 Tesla. Also, someone is buying it tomorrow for $19K and is taking on the responsibility of opening up the car. I got 85 messages on FB Marketplace on it 😅. Guess I’m selling it for cheap? #tesla #car ♬ original sound – Mario Zelaya

“a mint 2005 Honda civic would have still been running…. just saying”

“most environmentally destructive car. no one talks about the amount of mining and environmental degradation these EVs cause.”

“How alarming is it that anyone else has control over YOUR vehicle?”

“Isn’t it strange energy bills are going up and in the uk we are being told to save electricity , but they are pushing electric cars “

“Battery reliability and replacement cost kills any EV for me”

“Scream it from the rooftops. I’ve had nothing but issues with mine”

“I manage fleet for a large corporation. Words of advice….do not get any Tesla. Just no. Zip.”

You can’t blame this guy for being done. Can you imagine spending over 140K on a car, and then being told you need to dish out another 26K, and you still can’t get into your vehicle?

And many are saying that the car is “old” because he bought it in 2013. Okay, that’s absurd. I’m sorry, but 140K gas cars are still on the road decades later and running great. And while they may have needed some work, they probably didn’t need a 26K battery.

Also, many, many people are complaining about problems with their Teslas and other electric cars right now, every day. 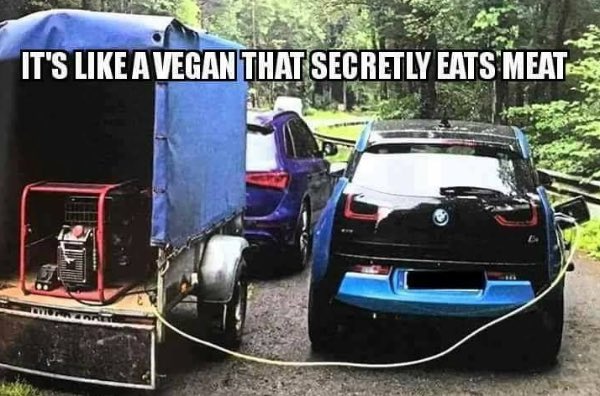