Don Lemon has avoided the big ax over at CNN — for now — but he was just chopped with a smaller one and it’s bound to leave a mark. Lemon, who has enjoyed a very important prime-time slot at CNN, was just told he was out of the big lineup and would be moved to the never-watched morning hour. Lemon and a couple of CNN ladies, will now host a morning show that nobody on earth will watch. If you ask me, it sounds like they’re trying to get Don to quit. But the rumor is, that Lemon got demoted when he went on an on-air anti-Trump rant after he’d been told to “tone it down.”

Well, as it turns out, it was Don Lemon’s TDS that caused the shakeup. Radar Online reported that Don Lemon was told he was being moved from primetime after a raised-voice, expletive-fueled, on-air meltdown during which he lambasted a Republican commentator earlier this month.

Lemon, 56, lost the plot as he tried to preview President Joe Biden’s so-called battle for the soul of the nation speech.

In a wild exchange with political commentator Scott Jennings, the liberal-skewing Lemon debated a panel of experts, including political analyst Natasha Alford, about whether former president Donald Trump supporters and allies are semi-fascist.

“Listen, Scott, no, no, no listen,” he told Jennings. “The former president every single day talked s— about everybody, including other presidents (and) including members of his own party. Probably you on CNN. Now everybody is all of a sudden, they have got the vapors about one statement that Joe Biden made in his entire year and a half of his presidency. It is just… Spare me the.”
In his diatribe, Lemon went on to say: “In the last year and a half, a lot of things have happened and I say, all Republicans, Republicans who come on CNN like you and leaders, they have a lot to answer for because they have made excuses for this president’s behavior the entire time he was in office and now that he is out of office when it is blatantly obvious that many of the things he did were wrong!”

In the acid-tongued rant, Lemon added: “I think Republicans in this moment should spare me the hysteria about something that this current president (Biden)… one thing that he said, when every single day, I sat here for five years and listened to Donald Trump call people, call country’s sh*tholes, call people sons of b*tches, made fun of reporters for having, for their disabilities, all kinds of things.”

Lemon seemed to realize he’d gone off the rails as he noted, later in the segment, he would be in “so much trouble.”

Radar goes on to say that they learned from an exclusive source that Don got spoken to about that interview and was later, moved from the prime-time lineup.

I guess that’s what happens when you’re the “dumbest man on TV.” 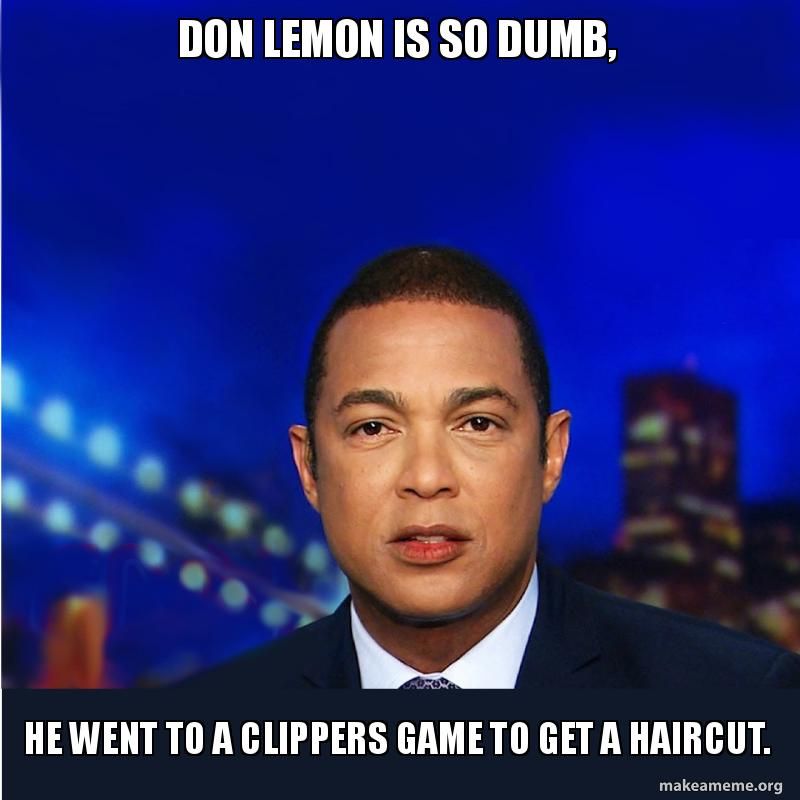