Please stuff cotton in your ears, because they will bleed from this new Kamala Harris clip. Yes, it’s only 14-seconds, but it packs a lot of stupidity and a massive word salad. It’s actually quite remarkable how dumb this woman truly is. How on earth can you manage to say the word “community” FIVE times in 14 seconds? I feel like that should be a world record or something. Kamala Harris simply has no interpersonal skills or speaking skills, and nobody really noticed because she was never “center stage.”

Although, I think most Dems actually noticed during the Dem primary, and that’s why she had to drop out so early. She’s just an underwhelming windbag who comes across as ill-prepared, clueless, and completely unlikeable.

Many people wonder who is worse, Kamala or Hillary… well, say what you will about that old witch Hillary, but at least she can communicate, and she doesn’t sound like a vapid airhead. The only thing Kamala and Hillary have in common is that hellish wicked cackle.

Thankfully, there’s no cackling in this clip, but it’s still painful. You’re about to listen to 14-seconds of Kamala trying to talk about “community banks.”

I told you it was bad.

“Demosthenes, step aside. There’s a new greatest statesman and orator in town.”

“I always wondered why they were called community banks.”

“This is the essay you had 3 weeks to do but you did it on the school bus the day it was due.”

“I missed a portion. Where are community banks located?”

“Investing in our community today, but thinking about yesterday, while focusing on tomorrow.” -K. Harris (first draft)”

“Coulda fooled me, I thought community banks were located on Mars.”

“When she learns a new word, she sticks with it.”

“She’s brutal. How can someone get through Law School and win multiple elected offices and still sound like this.”

“I had no idea community banks were in the community. Thank you for the clarification.”

Can you imagine this ding-a-ling as “president?”

My God, I actually think she might be worse than Joe, and he’s probably got Alzheimer’s. 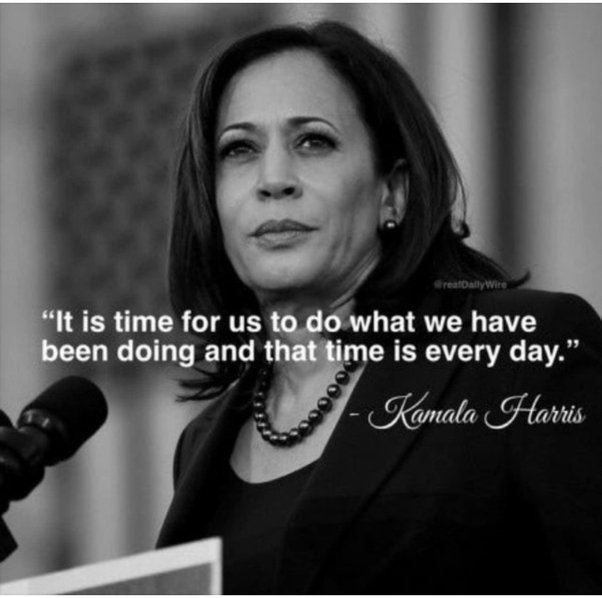