I have never paid much attention to King Charles, he’s always been a rather forgettable royal character, but now that he’s the new monarch, all eyes and focus are on him. The man is under a microscope at the moment, and he can’t even breathe without everyone noticing and critiquing him. He really got off to a strange start as King when he couldn’t find the front door of the palace. Then, when he was signing declarations, he got rather rude and snippy with his staff on camera. Now, all eyes are on Charles again, but this time they’re focused on his hands.

They don’t look very healthy, at all. It looks like the King is retaining fluids.

Charles has very red and swollen hands, and maybe it’s the first time that most have noticed it, but it’s taken the internet by storm.

Most are showing genuine concern, and just wondering what could be wrong with the new King and hoping for the best. 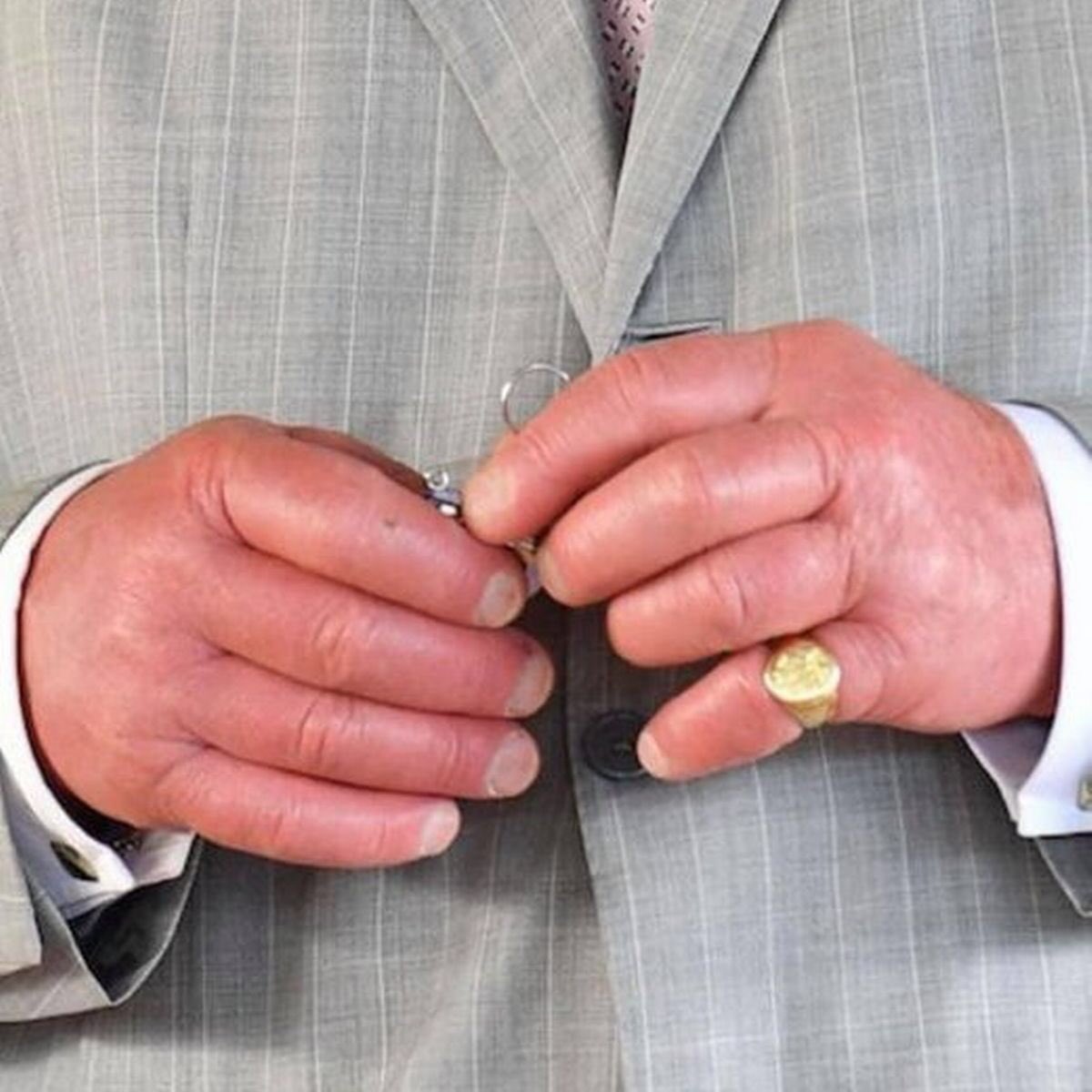 I must admit, those hands look very painful and uncomfortable.

King Charles is no spring chicken. The man is already 73 years old. So, it stands to reason he would have ailments and issues. But the swelling in his hands definitely has many people concerned and wondering what’s going on.

This has been an issue for a while, it seems. Back in 2021, this was an article written about the King’s “sausage fingers.”

That seems a bit rude, but the Brits are cheeky that way.

Someone shared an older picture of Charles, and his hands looked a bit “odd” back then, too.

“I don’t know if it’s a good idea to change our money over just yet. Might want to run out the clock on this one.”

“I’m worried that his blood pressure is going crazy”

“Well, William will be King before this decade ends. You can’t ignore chronic heart failure for too long, only taking homeopathic sugar instead of real medication.”

“Well, Philip made 99 and Elizabeth made 96 so their health can’t be too terrible.”

“Maybe he is in pain — from the looks of his hands and his mom just died 2 days ago and he has been up everyday talking to Everyone , not a moment alone — I wouldn’t wish that on my enemy”

“Actually, this could be severe arthritis”

“Edema. Could be from a number of things. Congestive heart failure, kidney failure…”

“God Save The King”

Well, I imagine that whatever it is, King Charles is getting the best medical care money can buy.