I don’t know if you know who Chad Prather is. He’s an amazing conservative pundit, and a very talented, and funny guy. He also has a show on Blaze TV. And the reason I bring him up today is that he and his music partner wrote a song about the “Martha’s Vineyard Invasion” that took place when DeSantis sent 50 illegal migrants to the wealthy, white liberal island. The entire island and Dems and media had a collective meltdown, calling it “kidnapping” and “trafficking” and suggesting it was “cruel and unusual punishment” to send the illegal migrants to a plush, gorgeous, wealthy sanctuary island.

So, Chad and his singing partner came up with this awesome song, and it’s just gone crazy viral for all the right reasons.

Bizpacreview reported that BlazeTV host has gone viral for writing and singing a song about the pompous, hoity-toity Martha’s Vineyard liberal elites who last week threw a fit over 50 illegal aliens being flown to their luxurious little island.

Here are the lyrics:

They say they don’t want criminals in this town of ours, maybe try Chicago and not Obama’s yard!

They claim to have compassion, then promise streets of gold — when you come a’knockin’, signs all say we’re closed!

Keep your ass off Martha’s Vineyard, they don’t want you, señor!

I think this song is amazing, and trust me, those elite liberals should be mocked relentlessly for what they did and how they acted over 50 illegals.

Did you know they actually called up the National Guard for 50 illegal immigrants? These rich, white liberals are so clueless about these policies that they’re supposedly “fighting” for. They have no clue what it’s like to be a “sanctuary city” or what that actually entails. But what’s worse is that they don’t know or care what it’s like to be a border town dealing with a tsunami of illegals.

The key part of that sentence is: they don’t care. 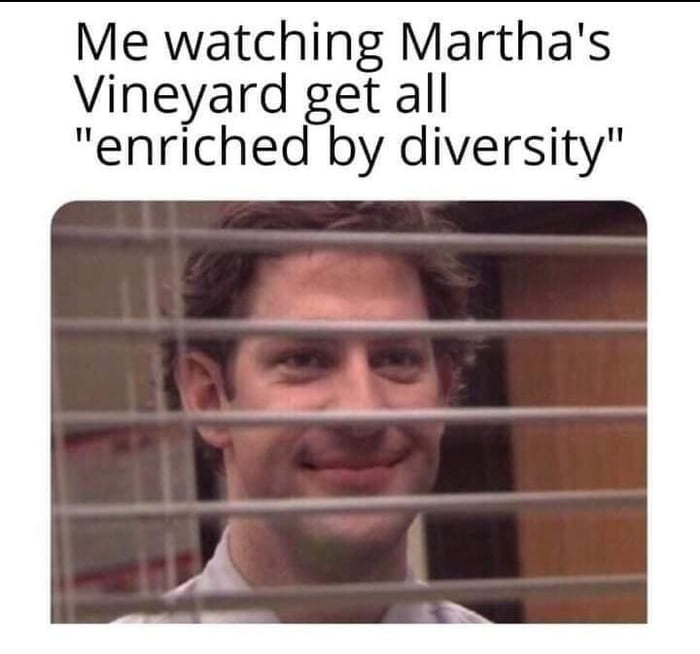