Americans were shocked when they heard Kamala Harris claim that the United States has a very important alliance with North Korea. Huh? We do? When did this happen? Because the last thing I recall is that President Trump was ridiculed relentlessly by the left for trying to work with Kim Jong-un. And now, suddenly, Kamala says that we have some stunning and important alliance with them? What the hell is going on here?

I am guessing this ding-a-ling meant to say South Korea, but at this point, who even knows? It’s getting harder and harder to comprehend and understand what’s coming out of this administration. They sound like confused, low-info blithering idiots.

They just constantly keep embarrassing us on the world stage. One of them has a painfully obvious case of dementia, and the other seems to be catching it.

Kamala may not have the same level of cognitive issues as Joe does, but she’s definitely dumber, and that’s a pretty scary thing, especially when being compared to Joe Biden, of all people.

KAMALA HARRIS: "The United States shares a very important relationship, which is an alliance with the Republic of North Korea." pic.twitter.com/H2dI5UYOlo

Of course, in her next breath, Kamala said this according to Reuters:

Soon after Harris wrapped up her Asia trip, North Korea fired two ballistic missiles from north of its capital, Pyongyang, late on Thursday in the direction of her flight from South Korea, the third such launch in five days.

Harris, in her first visit to the Demilitarised Zone (DMZ) separating the two Koreas, said the heavily armed border area offered a stark reminder of the “dramatically different paths” the two sides have taken.

“In the North, we see a brutal dictatorship, rampant human rights violations and an unlawful weapons program that threatens peace and stability,” Harris said.

“The United States and the world seek a stable and peaceful Korean peninsula where the DPRK is no longer a threat,” she said, referring to North Korea by the initials of its official name, the Democratic People’s Republic of Korea.

It should be noted that none of the mainstream media commented on Harris’s comments that North Korea was a wonderful ally.

Of course they didn’t…

“Between Brandon calling out for a deceased House Rep and this, none of us (regardless of party) should feel comfortable.”

“Can she get anything right?”

“God, between here and Joe, this admin is such a joke”

“The adults are back in charge, baby”

“South Korea is so done.”

“Harris like Biden when she speaks makes idiotic comments!”

“This idiot is a heartbeat away…”

“Harris strikes again: Trump negotiate the deal no nukes or missiles with NK. But we’re far from friends or allies.”

“KJP later today, probably: “I don’t find that confusing. Clearly Kamala just had the Republic of North Korea top of mind. They were top of mind.””

“I doubt Kamala could find North Korea on a map…”

“LMAO This admin is right on cue with the stupidity”

“Just our diversity hire VP humiliating herself and all of us yet again.”

“Joe really fu**ed up yesterday. What should we do?” “Give Kamala a microphone and hide her reading glasses.”

“At this point, between Biden and Harris, can’t decide who is more senile. Frightening thing is she’s a favorite to take over Biden… yikes.”

“Wow. This is good news lol”

“Next time on Veep…”

This is typical Kamala, sadly. I don’t know if you caught her comments to the Australian Prime Minister yesterday, where she clearly didn’t know what she was talking about and launched into another massively confusing and dopey “word salad.”

Kamala sounded like someone who had a book report due but hadn’t read a word of it, so she stood there, giving her report off what she read on the back cover. She never sounds prepared, or like she actually knows what she’s talking about.

Some people have a gift, and can “fake it until they make it.” But Kamala is not one of those people. She gives it away immediately, that she’s a total dunce. 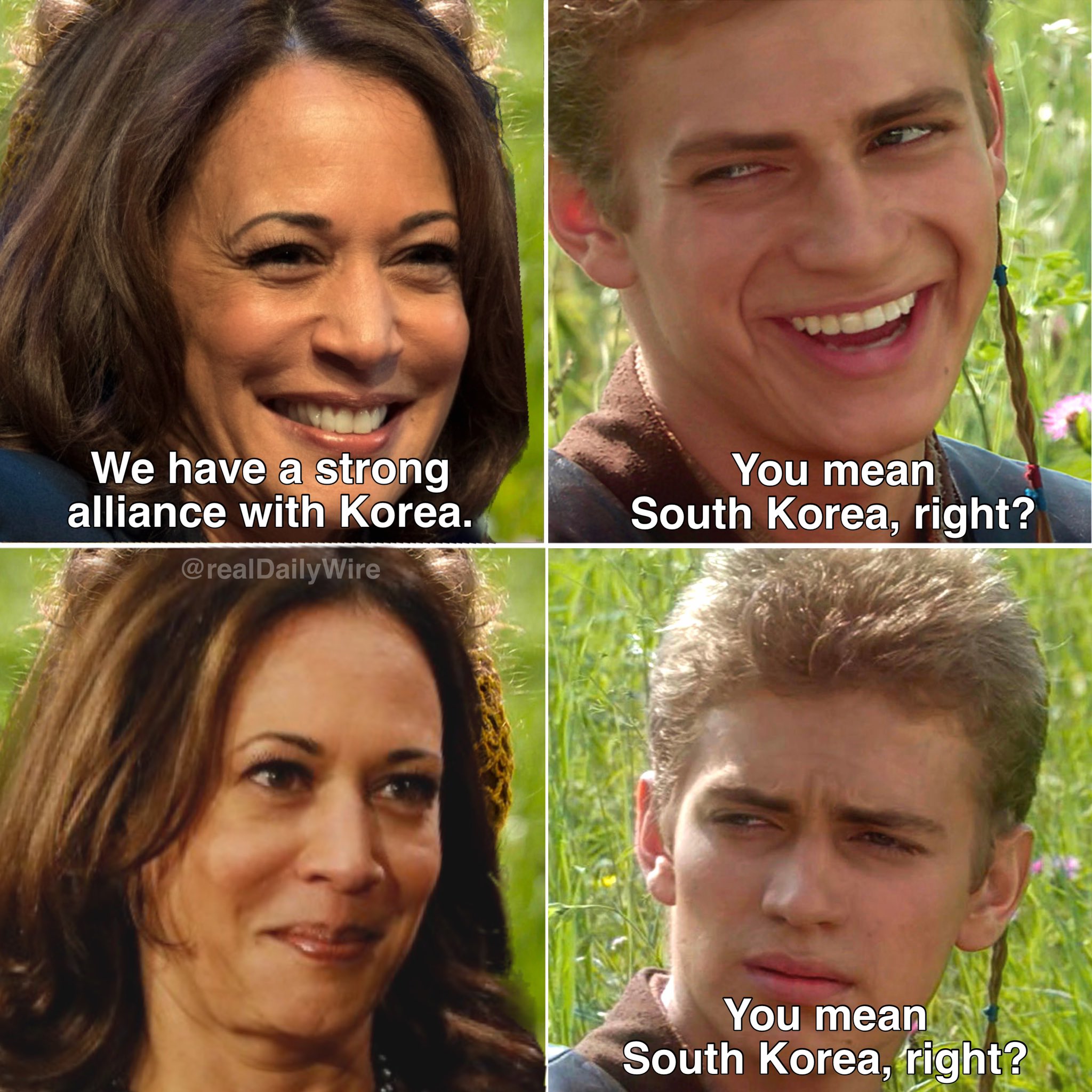