So, the other day, Joe Biden made a very creepy and bizarre comment about a girl who helped him, when she was 12-years-old and he was 30-years-old. The exact context of what he said is unclear, as with most things Joe Biden says. But the comment caught a lot of people off guard and made them feel very uncomfortable, especially given Biden’s past reputation with young girls. God knows we’ve all seen the horrific pictures and videos of him getting WAY too close to young girls, in the most inappropriate manner ever.

Here’s the video of Biden making the comment about the 12-year-old:

Biden STUNS crowd into utter bewilderment after saying most CREEPY thing he may EVER said:

This man should seriously just stop talking about women and young kids. His Handlers should attach electrodes to his body and zap him whenever he goes off script like this.

But many people are glad Joe says this stuff out loud because they believe he’s outing himself. They think he’s in such a state of dementia, that he can’t control the stuff that comes out of his mouth, and they may be right about that because I really can’t figure out why Biden says some of the stuff that he does.

So, that comment he made got many people talking about his daughter Ashley Biden. As you likely know by now, her diary has been authenticated by the FBI. And in that diary, Ashley wrote about taking inappropriate showers with her dad when she was young and wondered if that led to her being hyper-sexualized at a young age. She also wonders if she was molested. It’s very disturbing stuff. 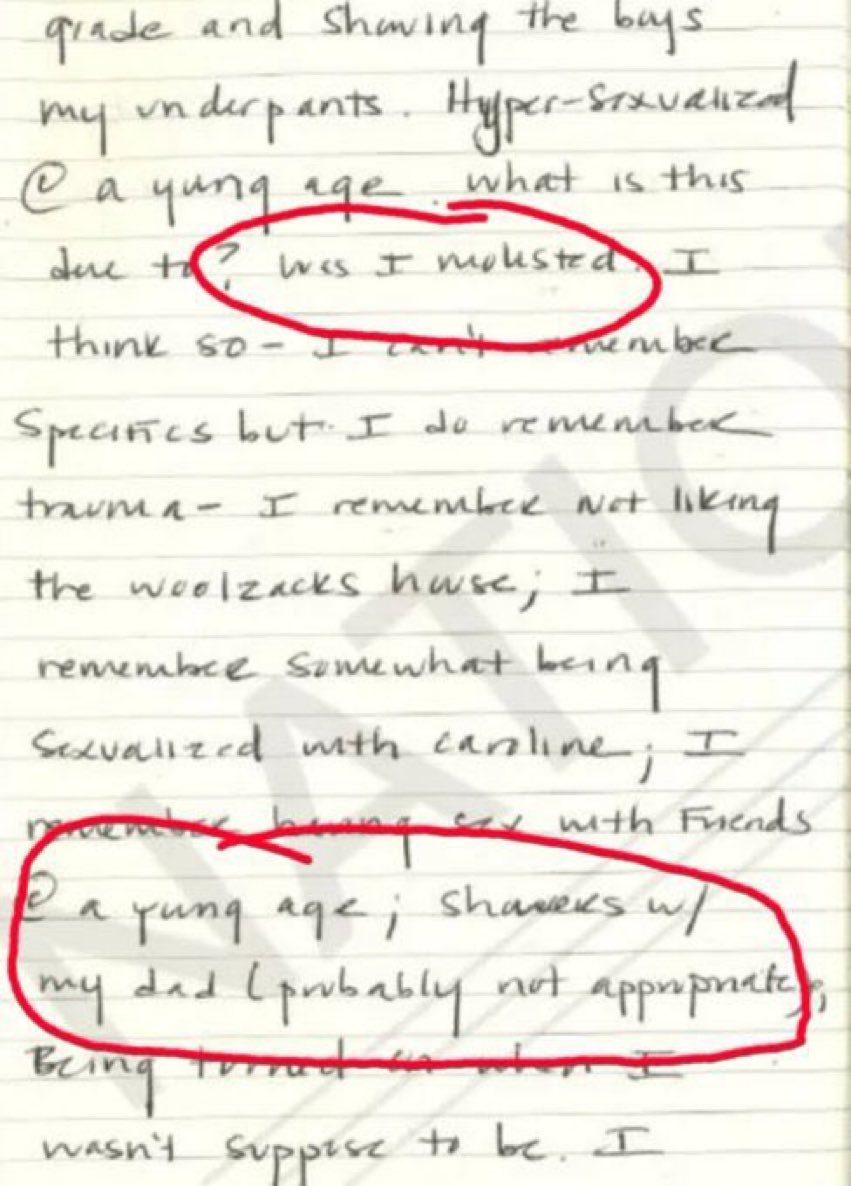 And talking about Ashley Biden and her diary led to the reappearance of a disturbing 1987 photo of Joe Biden and his daughter.

Here’s the background on the photo: In this Aug. 1, 1987, file photo, six-year-old Ashley Biden, daughter of Sen. Joe Biden, D-Del., gets a taste of campaigning with her dad, in Des Moines, Iowa. Barack Obama named Biden as his vice presidential running mate early Saturday, balancing his ticket with a seasoned congressional veteran well-versed in foreign policy and defense issues. (AP Photo)

And this is the photo:

Take notice of where his eyes are focused in the photo. You look at this picture, after knowing all we do about Joe and his daughter, and wonder if you’re looking at a predator and his prey. Let’s be honest, father’s don’t look at their daughters that way. Good ones don’t, anyway. This photo is very disturbing because I believe it not only captures a moment, but it also reveals a dark truth.

People had a lot to say about this photo that has gone viral:

“God, I hate that look on his face he’s so disgusting”

“I’ll never understand how adults can be sexually attracted to children.”

“The man is troubled.”

“In this photo, The child is Ashley, Joe’s daughter. The look on Joe’s face says it all.”

The fact he openly joked about it and people in the audience thought it was humorous shows you exactly where these people are taking us. It has to stop now.”

“This photo makes me want to vomit”

“No wonder his son calls him Pedo Peter.”

“When people tell you who they are, believe them”

“And that’s not a dealbreaker to American liberals… amazing”

“Just the way he looks… and those eyes…”

I know I wouldn’t allow Joe Biden to babysit any young kids of mine, that’s for damn sure. There is something wrong with a man that literally cannot stop himself from invading the personal space of a child. To me, that man is a predator because predators have zero boundaries.

And he and his Handlers try to play this all off like he’s just a loving grandpa who’s misunderstood.

We understand very well what’s going on because Joe can’t hide it anymore. The internet caught up to him and now we can all see, over, and over again the way he behaved in the past, and how he conducts himself now.

People like Joe aren’t used to that. They started their political career before the internet, and could basically do anything, and get away with it.

Those days are over, and Joe Biden’s dark side is coming back to haunt him.

People who hurt kids should rot in the bowels of hell.