President Trump didn’t waste any time putting together a legal eagle team to defend him in the latest Dem political hit job. This time, it’s the FBI raid case. President Trump actually went over to “Team DeSantis” and plucked Chris Kise. He was the former Florida solicitor general who served under DeSantis’ transition team. Washington Times reported that President Donald Trump has enlisted Chris Kise, a former Florida solicitor general who served on Florida Gov. Ron DeSantis’s transition team, to serve on his legal team as the Department of Justice investigates why sensitive government documents were stored at the ex-president’s Mar-a-Lago estate.

The feds released a very “staged” photo of the so-called “classified docs” spread out all over the floor as if that’s how they found them. 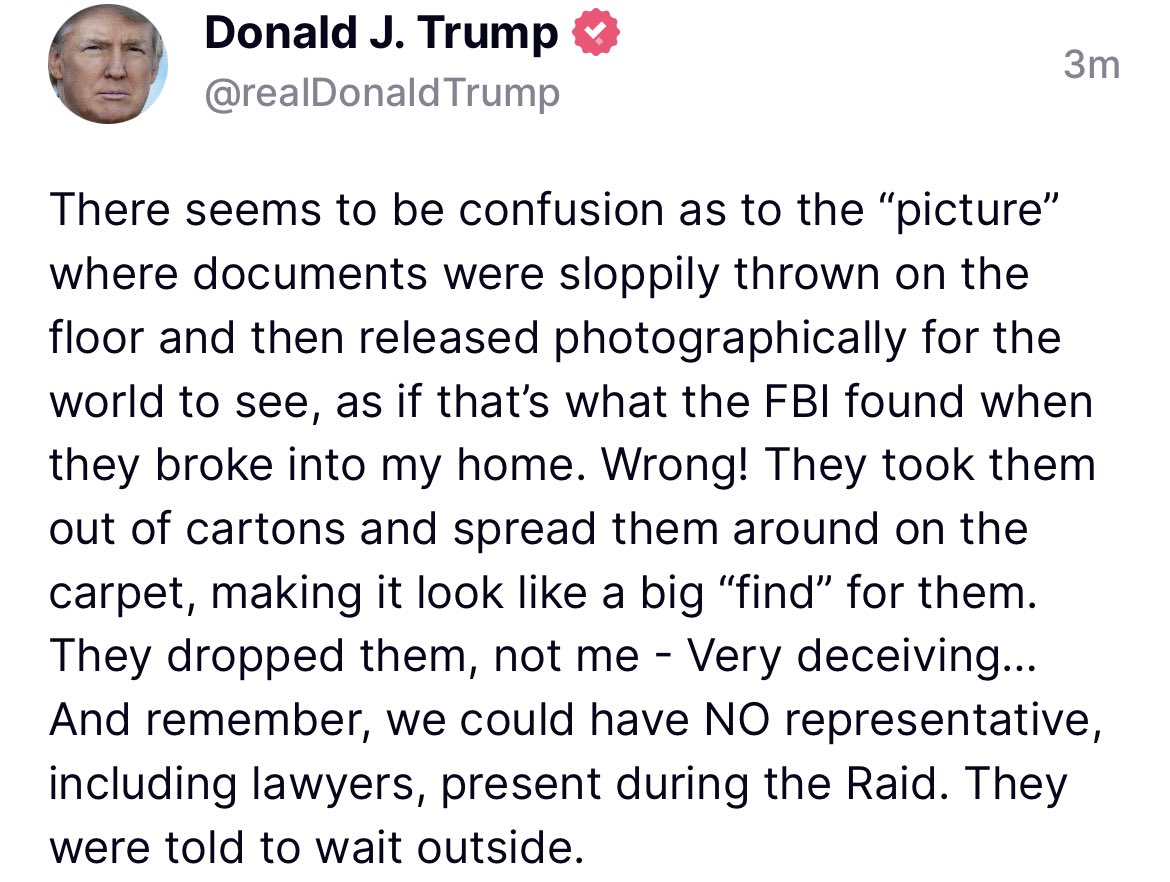 Mr. Kise is joining Mr. Trump’s legal team as the investigation heats up. The former president has struggled to get experienced lawyers onto his team and a recent legal filing seeking a “special master” to review documents seized from Mr. Trump was panned as faulty.

NBC News, which first reported the hire, said Mr. Kise is leaving his existing law firm to take the job and his first appearance on behalf of Mr. Trump could be Thursday as a judge considers the special-master request.

Mr. Trump is building his legal team as prosecutors consider whether he violated the Espionage Act or committed offenses such as obstruction.

I am confident that President Trump will put together the best legal team available to fight these vultures. It’s just a shame that he has to keep doing this. After all of the hoaxes, shouldn’t somebody have to pay President Trump’s legal fees?