There are a lot of issues that are choking the life out of the Dem Party right now. The two main issues are the economy and crime. The economy we’ve got now is very reminiscent of Obama’s sluggish, blah economy, but add to it soaring gas prices and “Jimmy Carter” style inflation, and you’ve got one horrific hurdle for Dems to jump over at the ballot box. The next big issue is soaring crime in these hell-hole liberal cities. Let’s be real, the bad guys are in charge right now, thanks to Dem policies of demonizing police, and giving these bad guys reduced or no bail, so they can continue to walk the streets and prey upon innocent people.

And while innocents get shot and killed and victimized in these hopeless and depressing liberal cities, progressive mayors like Lori Lightfoot are dancing on TikTok.

Dancing while people in the city are killed. pic.twitter.com/aAwgkJmMMe

There’s a definite vibe happening in this country where good people realize the left is being run by the radical communists.

Now, I have said this many times before, but it’s worth repeating. What the radical left is doing right now, in terms of allowing violent crime, is a very “communist” move. Let me explain: Communists actually believe that prison is “fascist.” They believe everyone can be rehabilitated if they’re released back into the community. They believe that the “community” will come together and heal these bad guys, or serve their own “community” justice. They believe that holding someone in prison is cruel. The ONLY exception to this rule is political dissidents.

There is no rehabilitation for them. They are the only people who should be imprisoned.

Now, if you keep this thought in mind while you watch how the left operates, it all starts to make perfect sense. Trust me, I don’t call them communists just for the fun of it. This is why Soros is placing “weak on crime” AGs and DAs in liberal cities, to push his very communist agenda.

This is why there is “bail reform” and “defund the police” nonsense from these left-wing commies.

See, criminals are not the enemy of communism. Political adversaries are — like the January 6th protesters. You see how this works, right?

But now, crime is raging out of control. Liberal cities are in complete chaos. People are getting killed in broad daylight by very emboldened bad guys, and don’t get me started on these massive smash-n-grab shoplifting rings that are destroying businesses… So now communist Dems are trying desperately to back away from the agenda they’ve been pushing for years now, since elections are here. They need to mask who they really are, to try and get votes, so they can keep the commie train rolling.

Fetterman, a true commie, through and through is now trying to back peddle away from all his pro-criminal talk.

Dems trying to worm out of their commie "pro-criminal" agenda, but it's too late. Too much water under that bridge. They own this crime infested nightmare.

And that leads me to an electronic billboard that went up recently in Pennsylvania.

I saw this and had to share it with you because it’s literally the best billboard message I’ve ever seen. It’s so clever, so powerful and we need millions of these all over the country.

This electronic billboard is in West Conshohocken, PA., and you can’t tell me this will not have a MAJOR impact on how people vote.

It’s true. It’s amazing. This is how we get our message across.

The group that put up this electronic billboard is called “Citizens for Sanity.” Perfect name, perfect message. 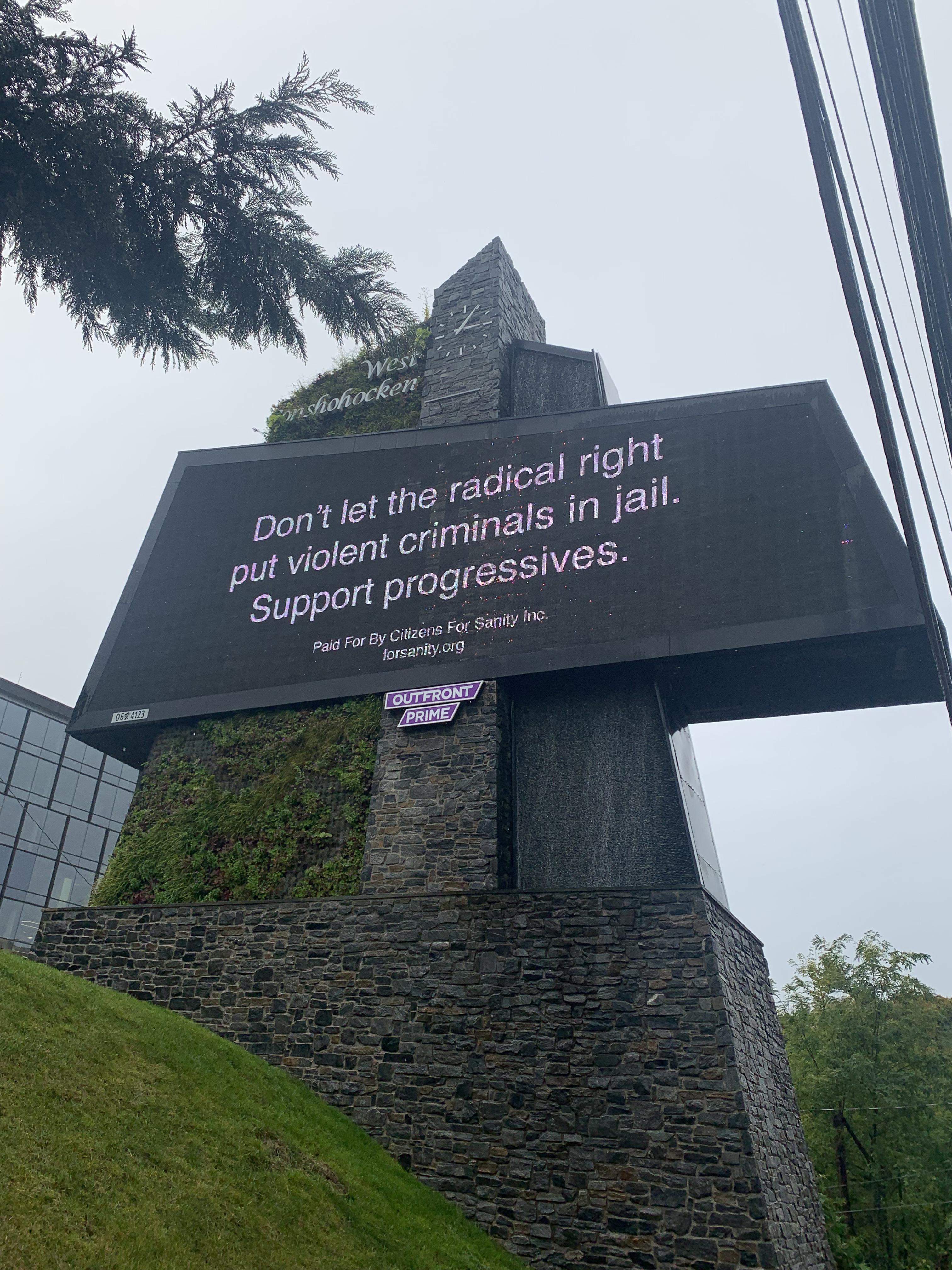 “Damn you guys are doing a good job”

“But if you put all the criminals in jail, who’s going to run the government?”

“Wow. This is a really good billboard. Thank you for this”

“If was an independent and I saw this billboard, it’d scare the sh*t out of me”

“We need these all over the country”

Look at what Citizens for Sanity did in Denver:

This is the type of group that deserves our support. This is the kind of message that we need to get out there.