Liberals love to be self-righteous and virtue signal. They want all of their liberal pals to know that they’re the wokest, they love the planet most, they stand up for black people the loudest, and hate has no home in their lives. Yet, ironically, these are the most hateful and indolent people on the planet. They’re always angry, and always complaining about something. They’re also really low-info. They have ankle-deep knowledge of what’s going on around them, so they tend to make a lot of blunders.

And yes, I just described D-list actress Alyssa Milano to a tee, didn’t I?

Alyssa is a clueless liberal, trying to get attention for doing the “woke thing,” and it always ends up backfiring in her face… and this time, was most definitely her biggest online disaster yet.

This time around, Alyssa announced that she had given back her Tesla – because Elon is the latest devil, apparently. Alyssa says she refuses to support a company like Tesla, which is steeped in hate and white supremacy.

So, what did she do after she returned her Tesla? Well, she got a Volkswagen, of course… a company that was founded by the Nazi Party and Adolf Hitler. 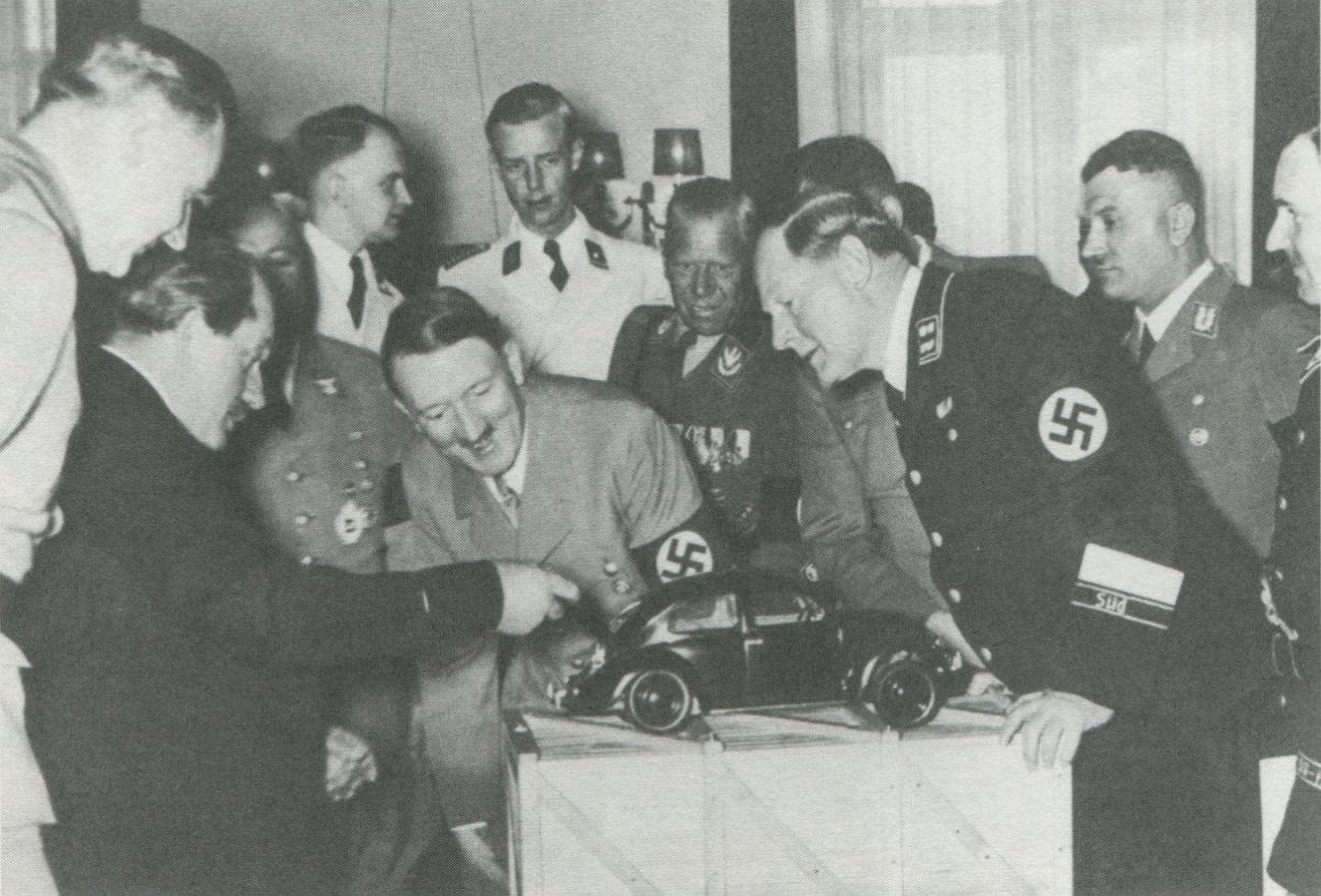 Good Lord, this woman is a dunce.

Back on May 28, 1937, the government of Germany—under the control of Adolf Hitler and his Nazi Party—formed a new state-owned automobile company, then known as Gesellschaft zur Vorbereitung des Deutschen Volkswagens mbH.

Let’s get into the history, shall we? Adolf Hitler and Ferdinand Porsche are the people behind the Volkswagen Beetle. Porsche was the genius engineer, Hitler the sly politician. “These two were made for each other,” said Wolfram Pyta, a history professor at the University of Stuttgart.

He, along with historians Nils Havemann and Jutta Braun, have written Porsche: From design office to global brand. The book traces the company from its founding in Stuttgart on April 25, 1931.

Porsche’s Volkswagen project could never have been realized without Hitler’s support. “Hitler needed a creative mind to produce his compact car suitable for mass production,” Pyta said. “And Porsche needed political backing to enable him to build it without financial pressure.”

Hitler announced a “people’s motorization” at the auto show in February 1933, just weeks after he was named Reich Chancellor. In summer 1934, the Reich Association of the German Automobile Industry gave Porsche the task of coming up with a car under the motto “strength through pleasure,” after the same name as the Nazi’s Organization for Leisure Activities.

Hitler, who did not have a drivers license, personally approved the prototype of “his Volkswagen” on December 29, 1935. Not much more than two years later, on May 26, 1938, the cornerstone was laid for the Volkswagen factory in Wolfsburg, with the Führer in attendance.

However, the car built for “strength through pleasure” was foremost intended for the German army, not the “people’s motorization.” It was put to military and all-terrain use on the front. This surprised few. A Porsche brochure in 1934 said a “car must be suitable not only for personal use but also for transport and particular military purposes.”

Later, they rebranded it and called it a “Beetle” to try and lose the Nazi connection. Remarkably, they did it. The Beetle was able to shake off its Nazi past immediately following the war.

But that doesn’t change the fact that Hitler created “Volkswagen” and that’s who Alyssa Milano, the so-called purveyor of truth, justice, and morality, is aligning herself with…not the African guy.

Just to be clear.

Here’s what Alyssa said: “I gave back my Tesla. I bought the VW ev. I love it. I’m not sure how advertisers can buy space on Twitter. Publicly traded company’s products being pushed in alignment with hate and white supremacy doesn’t seem to be a winning business model.”

I gave back my Tesla.

I bought the VW ev.

I’m not sure how advertisers can buy space on Twitter. Publicly traded company’s products being pushed in alignment with hate and white supremacy doesn’t seem to be a winning business model.

And oh my lord, did this woman get dragged around the internet like a soggy rag doll…

“Alyssa Milano might be the dumbest leftist cult member of them all.”

“Volkswagen was literally founded by the Nazi’s and Hitler.”

“Wait until you learn about the history of Volkswagen LOL”

“I did Nazi that coming”

“She doesn’t research a thing! Just spews off all day!”

“The Volkswagen company originated during the Third Reich in an attempt to create an affordable car for the German people. Volkswagen used both Jewish and non-Jewish forced labor. The company operated four concentration camps and eight forced-labor camps on its property.”

“If you praise Woodrow Wilson, who held screenings of “The Birth of a Nation” at the White House, then brag about buying a car from a company founded by Nazis, you really should stop virtue signaling about others aligning themselves with hate and White Supremacy.”

“VW lied and cheated about emissions and got caught with a massive law suit. VW uses solvents and chemicals in their manufacture that are banned for use in the US. They aren’t the “ethical” company you think.”

“If you dislike Twitter so much for alignment with hate and white supremacy, why do you stay on Twitter? Why don’t you just leave?”

Hey, folks, make sure you listen to Alyssa because this woman has GREAT judgment. 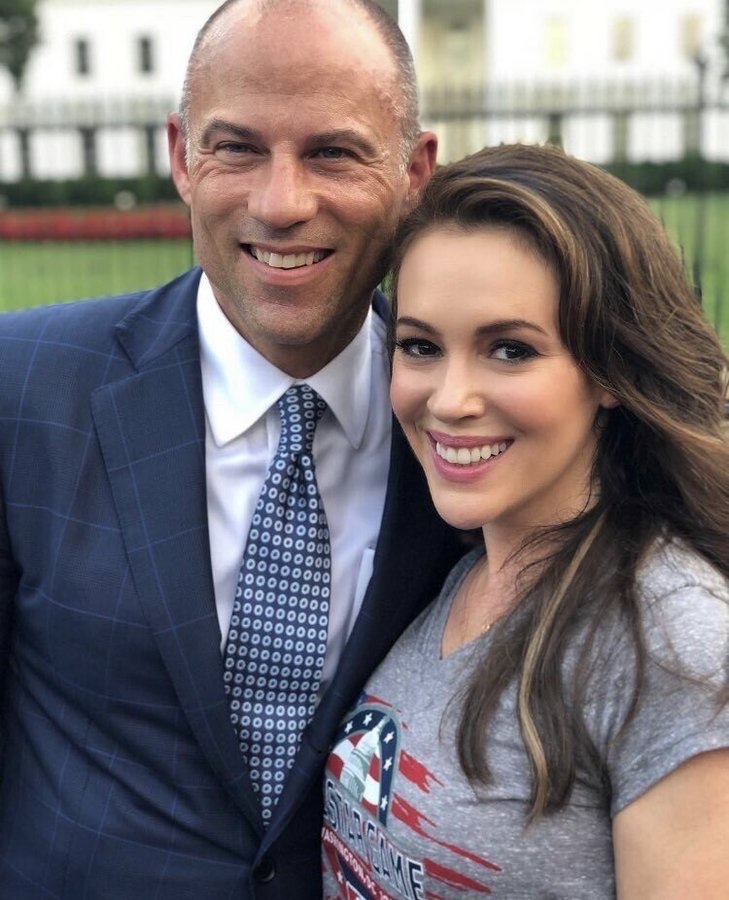 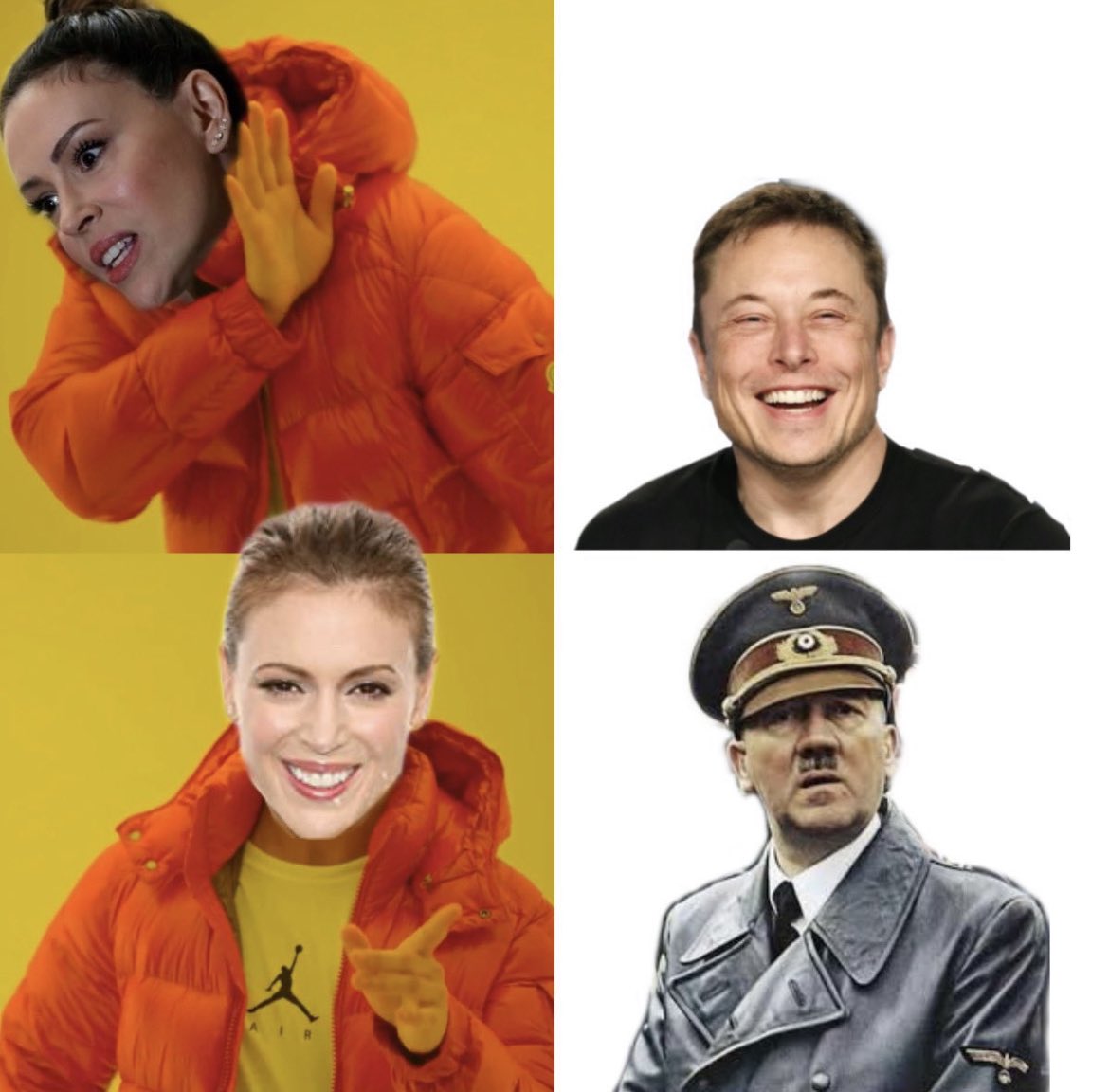