I did a story yesterday about a Crypto billionaire who did it suddenly in his sleep. This guy was only 30 years old and totally healthy. Many people believe that his death could be linked to the vaccine, although that’s impossible to confirm. We don’t even know this man’s vax status. But I will say it’s odd and not normal, and there has been a slew of “young and healthy” people “dying suddenly” lately, and nobody seems to be interested as to why that’s happening, which makes it all even more suspicious.

Now, we’re hearing about yet another Crypto billionaire who died suddenly, and very mysteriously. This time there’s no concern over the vaccine, though. This man died in a helicopter crash. The strange and mysterious part is that the helicopter went down in perfectly clear weather.

Daily Wire reported that a Russian cryptocurrency billionaire died in a helicopter crash near Monaco, despite good weather in the area, the third cryptocurrency entrepreneur to die unexpectedly in recent weeks.

Vyacheslav Taran, 53, died after the helicopter crashed near Villefranche-sur-Mer after lifting off from Lausanne in Switzerland. The French pilot also died.

“It is with great sadness that Libertex Group confirms the death of its co-founder and chairman of board of directors, Vyacheslav Taran, after a helicopter crash that took place en route to Monaco on Friday, 25 November 2022,” a statement from Taran’s company read.

“The board of directors of Libertex Group and company employees extend their most heartfelt condolences and sympathy to the Taran family,” it added.

The statement also noted Taran’s efforts to give back to those in need. He co-founded Change One Life, a charitable foundation that says it has helped more than 30,000 children from orphanages and child-care institutions.

Taran was the co-founder of the investment platform Libertex and founder of Forex Club. An investigation is ongoing into the crash that includes both local authorities and Airbus, makers of the H130 helicopter involved in the incident.

France Bleu, a French media network, also reported that another passenger canceled at the last minute, though details regarding the other passenger were unavailable.

“He put his heart and soul into the company, in every stage of its growth. He led by example with his intellect, generosity, humility, diligence and creativity,” a statement from his company read.

“TT was a respected thought leader and widely recognized as a pioneer for the industry. His depth of knowledge, his willingness to collaborate and his desire to always help others benefited countless start-ups and individuals,” it added. “His insights and creativity inspired many projects, people and communities.”

Kullander was noted for helping the startup reach a $3 billion valuation that included a $200 million funding round, according to the New York Post.

A third cryptocurrency multi-millionaire, Nikolai Mushegian, 29, drowned on a Puerto Rico beach on October 29. He had recently tweeted that he feared the CIA and Mossad would kill him, leading to speculation concerning Mushegian’s cause of death.

“CIA and Mossad and pedo elite are running some kind of sex trafficking entrapment blackmail ring out of Puerto Rico and Caribbean islands. They are going to frame me with a laptop planted by my ex gf who was a spy. They will torture me to death,” the post read.

The rumor is the Russian billionaire who just died had “spy links” and was connected to foreign intelligence. Could that be why his helicopter went down in perfectly fine weather?

I saw a photo, and it looks like a flattened can of beans. 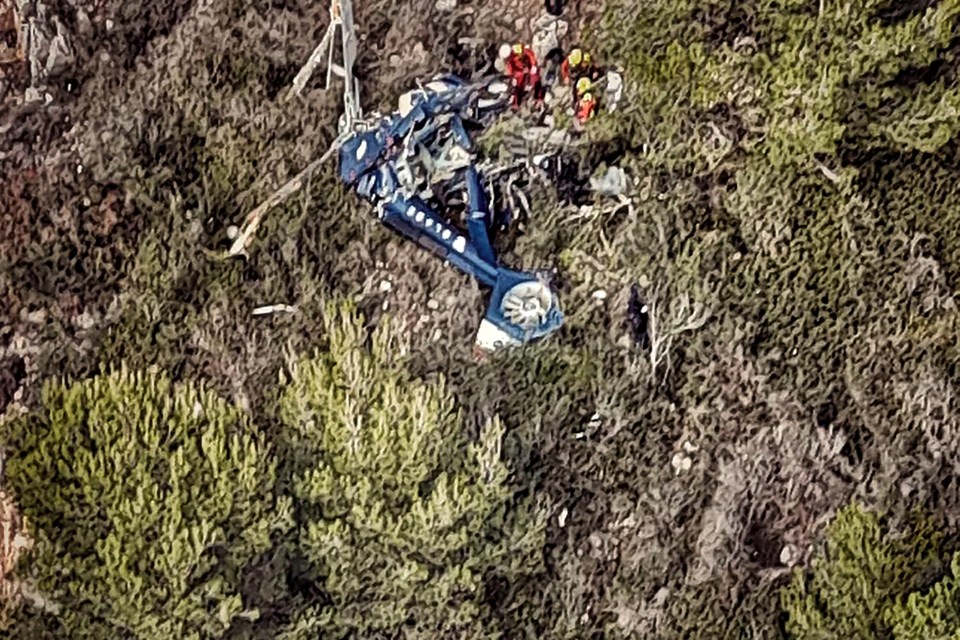 Well, whatever the reason, the chances of us finding out what really went on, are pretty slim.